Yes, I am "thankful" for Donald Trump on Thanksgiving — and here's why you should be, too 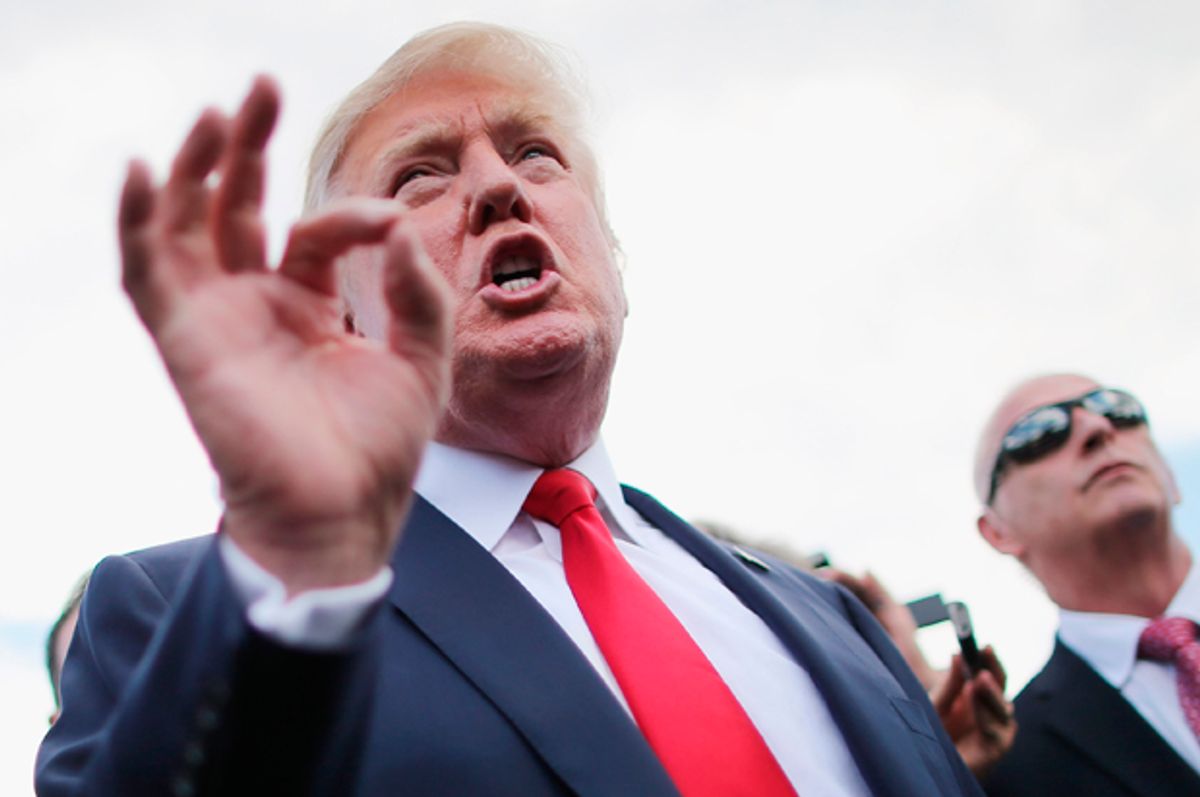 It's been said before but it must be said again — that 2016 has been a horrible year. The war in Syria rages on. Haiti’s long state of misery and suffering from causes both natural and man-made continues. Brexit confirmed the power of a dangerous right-wing movement sweeping Europe and beyond.

Scientists have (again) sounded a cataclysmic warning about the dangers of global warming. We lost David Bowie, Prince, Muhammad Ali and Leonard Cohen. And 2016 gave us the election of Donald Trump to the presidency of the United States. Could it get any worse? I shudder at the thought.

In the United States, Thanksgiving is a national holiday where, between acts of unrestrained gluttony and football viewing, Americans are supposed to reflect on what they are thankful for in this life. Although this is merely a show for most people, it still has the potential to encourage some small acts of critical self-reflection. In that spirit, I will publicly share mine.

And yes, I am “thankful” for Donald Trump.

I believe that the election of Donald Trump represents an existential threat to American democracy. By his actions, words and deeds Trump has shown that he is a racist, a bigot, a misogynist, a nativist and a fascist. His presidential administration will bring great harm to many millions of my fellow Americans — and likely many more millions of people around the world. In all, I find him to be contemptible and a national embarrassment. The voters who elected him share many of those traits.

But out of crisis there can be born opportunities.

Writing in Black Agenda Report, Glen Ford explains this moment of crisis and the potential that it could possess:

From Jimmy Carter to Barack Obama, the Democratic Party has failed to deliver even small net increments of social justice to its base constituencies, always giving away more than it gained, and at times taking the lead in savaging the people. There is no historical basis in the neoliberal era for the claim that the Democratic Party provides net incremental benefits to Black and working people, or that the party can be seized from its corporate masters and transformed into a machine that fights for the people. It fights for Capital — tooth and nail, as Bernie Sanders’ followers discovered.

Hillary Clinton seized the opportunity presented by the Trump-generated split in the GOP to create a ruling class consensus and headquarters in her own campaign tent. It was the ultimate betrayal, the incubator of a thoroughly corporatized Democratic Party — an undertaker of social democracy. Instead, the White Deplorables derailed her, as they had earlier derailed the Republican corporate establishment.

The Trump regime has no fix for the ills of late stage capitalism that have immiserated both the triumphant Deplorables and the darker folks they scapegoat, and whom they can be counted on to harass, repress and deport. Neither does the Democratic Party, whose next administration, had it not been still-born, would have served the interests of the One Percent even more dependably than did Obama.

Leave Hillary’s nasty tent in the dirt, where it lies. The people need vibrant social movements that will produce new leadership in struggle and shape the parties of the future.

The prolific author and activist Ishmael Reed has also urged us to think past this moment of crisis and to realize how Trump’s victory — however counterintuitive it may seem right now — is proof that white nationalism is in its death throes. Those of us who have been targeted by Trump and his followers will survive and flourish:

Blacks have survived presidents who owned slaves and slave traffickers like Alexander Hamilton. They survived the massacres of those who tried to exercise their constitutional rights during Reconstruction. Blacks survived Reagan and Nixon and Woodrow Wilson and will survive this. Islamophobia? Muslims slaves practiced their faith under horrible conditions and participated in hundreds of revolts on slave ships.

President Elect Trump doesn’t know that all that’s left of some anti-Semitic civilizations are some pieces of pottery that archeologists find from time to time.

This is a temporary setback as our country moves toward a more inclusive society. The cheer shouted by his followers is in reality the last groan of White nationalism. Like that of a dying horse on the way to the glue factory.

Trump’s victory over Hillary Clinton affords us the opportunity to renew our civic spirit, to force a far too conservative and compromising Democratic Party in a new direction (or perhaps create a nationally competitive third party), to challenge neoliberalism's hold over America’s culture and to rebuke the wrongheaded assumption that extreme capitalism and democracy are somehow one and the same.

Donald Trump’s victory is also a reminder of how precious, fragile and contingent America’s multiracial and inclusive democracy actually is. The version of American democracy in which Barack Obama was elected twice, Hillary Clinton won the popular vote and gays and lesbians have the right to marry is quite young and fragile. An American democracy where only white, straight, Christian men could enjoy the full fruits of citizenship has been the norm for the majority of the country’s history.

For those of us born after the victories of the civil rights movement — and especially those who came of age under the country’s first black president Barack Obama — Trump’s win is a wake-up call for us to not take our version of America for granted. It can be snatched away given the right circumstances.

Ultimately, I am most thankful for the activism and early seeds of resistance we are seeing in the nationwide protests and other actions against Donald Trump. I know, however,  that symbolic politics — be they complaining on Twitter and other social media, wearing safety pins as a sign of solidarity or protesting with the anthem “Fuck Donald Trump” out of car windows — will do little if decoupled from the hard work of organizing, gathering resources and developing strategies to both stop Trump’s agenda and also advance a true “We the People” democracy.

On this Thanksgiving Day, be reflective and seek out the company of your friends, family and broader community. Many of us are still in a state of shock, trying to puzzle through how our country could elect an incompetent demagogue like Donald Trump to be president of the United States. But civic (and personal) pain cannot be allowed to force us into a state of paralysis. Now ask yourself, “How I am personally going to stand against Donald Trump and his movement?” And then be thankful that you live in a democratic society where you are still allowed to act on those plans.