And now, the no-thanks list: Seven terrible people, events and phenomena of 2016 that inspire zero gratitude

Yesterday was for gratitude. Today is for airing our grievances so they don't spill into the rest of the holiday 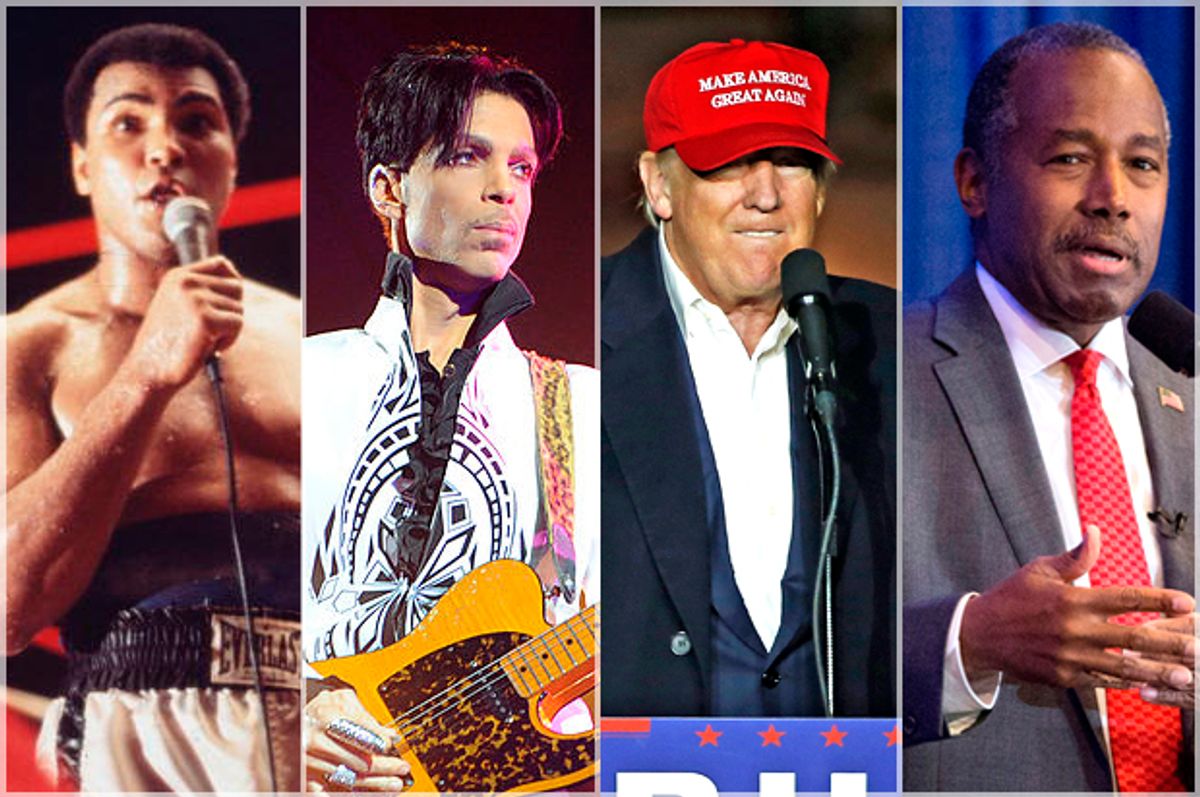 Thanksgiving officially kicks off the holiday season and sparks that magical time of the year where we actually dabble in humanity — we share, we spread love, we appreciate our blessings all the way until they day after Christmas, when we forget about the presents our family members lost hair stressing over and lose all of our annoying gift cards.

Like many families in America, mine will be wrapped around a collection of tables sharing jokes, food, accomplishments and insults. And since I’m choosing to be as positive as possible this year, I’m going to get all of the negativity out of my system by publishing a list of the things that I’m not thankful for instead of sharing them face-to-face. Feel free to play along.

1. I’m not thankful for Donald Trump, his kids, the lower half of their faces or really anything that happened in this election cycle in general. This has been the most uninspiring election in my life.

The bright side: Even though I was born in America, I’ll probably still get deported back to Africa, where I’ll discover new family, new foods and make cool new friends.

2. I’m not thankful for Ben Carson’s presidential run. I don’t know what’s wrong with that guy. A few weeks ago, Carson — who was, again, a presidential candidate — said that he wasn’t qualified to run HUD or any other jobs that involve running federal agencies, like being president! They say Trump doesn’t have the temperament to be president; Carson doesn’t have a temperament at all. I cringe when they affiliate him with Baltimore. We don’t know that guy; I think he’s from Michigan.

The bright side: He lost so bad, that I think we won't have to see him run for anything ever again.

3. I’m not thankful for losing Nerd Land and "Melissa Harris-Perry Show" from MSNBC. It was the only cable news show I’d break my neck to catch; I almost never missed an episode. We all know that Melissa Harris-Perry is brilliant, but her show was a creative mix of raw intellect, original perspective and pop culture. She really made us millennials great again! I hope she comes back to cable news.

The bright side: Joy Ann Reid is great, and she really deserves this opportunity. I wish we could have both.

4. I’m not thankful for panels and TV town halls on police brutality. It’s always a large quantity of talk that leads to zero action, with that one person in the dark frames at the end who says, “I don’t understand these issues,” like watching unarmed kids being murdered on TV is hard to comprehend. Then they ask, “What can I do to help?” Knowing that they aren’t going to do anything, partly because the 24-hour news cycle leads them to another panel about another issue like protecting air compressed chickens. It’s almost impossible to convict cops in this country, and not enough people care beyond the TV show or event. I move to abolish these panels.

The bright side: Sometimes these panels come with free food and an appearance fee, and I’m always thankful for that!

The bright side: It’s fun watching them grovel in front of their new, unqualified boss. I bet all of Trump's kids will gain the White House by way of his executive order of federal nepotism.

6. I’m not thankful for the rise of gentrification in America. The other day I wasn’t sure if I was walking through Flatbush in Brooklyn or if Urban Outfitters had become a city. It’s really getting out of hand. Black historic basketball courts are being converted into dog parks, gangsta rappers are referencing pumpkin spice and it's only getting worse.

The bright side: Gentrified neighborhoods have the best restaurants, serving delicious, locally-grown organic food. Those craft cocktails are delectable and effective, and they make alcoholism cool.

The bright side: N/A

There are plenty of other things that could make list, but I’d like to close on a positive note by saying that most of these statements are just jokes, even though there’s a lot of truth in a joke. I’m truly thankful to the loyal Salon readers, old and new, Right and Left and yes, even the special people who live in the comments section. We do not all agree on the issues and that’s what makes democracy great. We share this country and I really wish the best for everyone­­. I hope you all have a great holiday weekend, and God bless.