Listen to your mother: Stop arguing with your relatives and get them to open up

Long holiday weekends mean plenty of family time. Put down your devices and tell each other stories 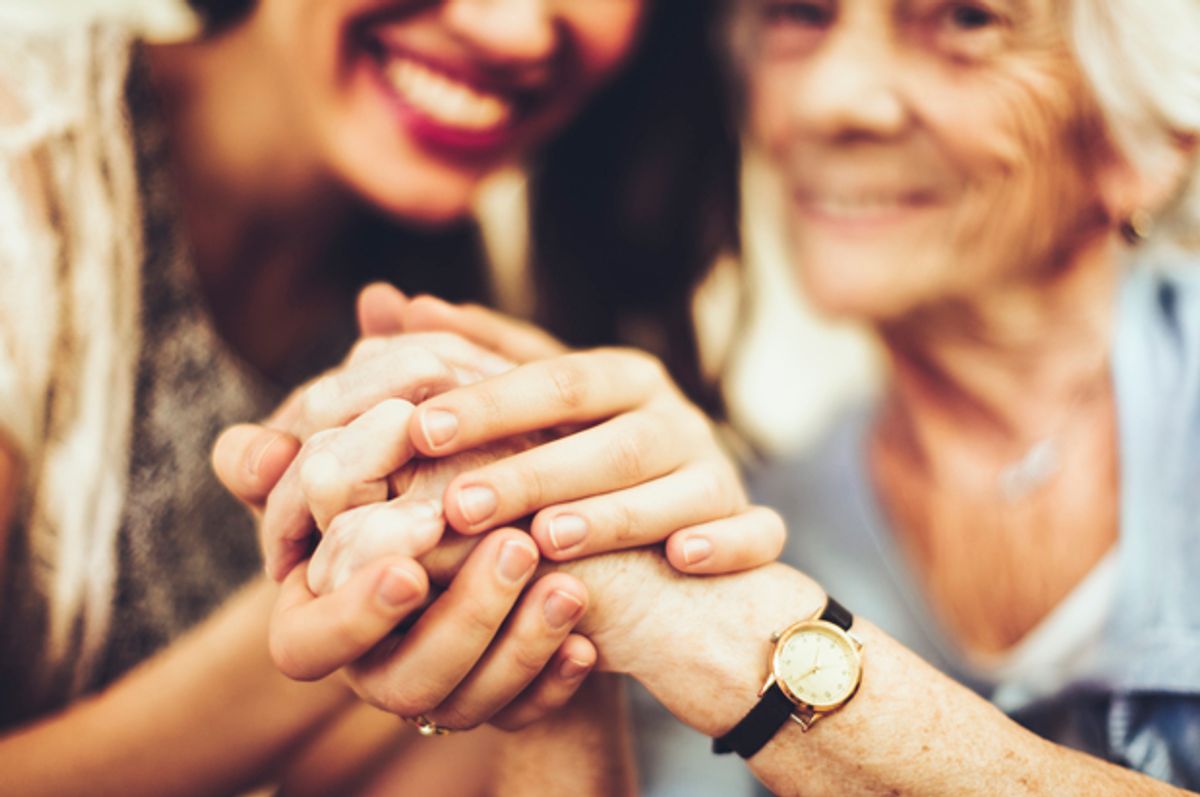 With a long holiday weekend in the works, collective blood pressure is rising. Instead of thinking about spending time with family reminiscing about memories, both good and sometimes sad, often we get stressed about annual family gatherings. Will Uncle Dave have too much cognac and talk about that time he did you a favor in high school, picking you up drunk from a party — but then you threw up in his car? Will someone reveal a misbegotten family affair? Or, as in most cases, will the family members be sitting around the table arguing about politics? When I was a girl, our family Thanksgiving tradition included my mother and grandfather (she was Black, American Indian, European and progressive, and he was white, Jewish, conservative and bigoted) having their annual arguments about Israel and Palestine, among other things.

But that was long ago. What I wouldn't give for one of those tense gatherings now. Even during conflict, I argue that family and friends are the mainstays of this world. And so it was in our family: In spite of differences, we came together around the table, as many do, to share a few meals a year, and, in between arguments, laugh and tell old stories. In retrospect, this was a huge and often-missed opportunity I wasn't aware of as a younger person.

In our busy world, people too often focus on today, not tomorrow. Saddled with smartphones, laptops, tablets, social media and other means of digital connection, we are more and more out of touch with our past. Simply put, we are losing where we come from.  And knowing where one comes from, I think, becomes so much more important as we age. It provides a feeling of security in an unstable world. During family holidays, children learn about long-lost family members, ask questions, and learn old lore while grown-ups pass down traditional recipes. But because of technology anomie, this is changing for the worse.

A friend whose husband works in the tech industry said ruefully the other day, "We drive a long way to see family, and then all of his relatives sit around on their devices interacting with each other through the phone when they're sitting right next to each other. It's very strange."

But you can start to change the tide this holiday season. If you’re visiting with family, especially elders, put down your devices and talk to your people. We never really know how much time we, or they, have left.

When I was a journalist and producer in my twenties, I never focused on my own family history. My mother Barbara, the family historian, was diagnosed with cancer just before I found out I was pregnant with my first child. I spent much of that pregnancy desperately trying to capture my mother’s thoughts, voice and face on different media before she faded away. Mom died just six short months later — almost nine years ago — and never got the opportunity to meet her grandchildren. I felt cheated. My daughter would not have these wonderful stories about our multicultural family at her fingertips, and I knew this could have been avoided. It remains my greatest regret.

My mom, a sociology professor, was one of only a few women of color to get a PhD from Columbia University in the 1980s. She lived her life in the service of others. The service of love and helping, you might say. She liked good wine, but never spent money on other material things. She wasn’t rich, but she had abundant gifts of wisdom and love that she taught me to pass on. She gave her nights, her weekends and her holidays to her students and perfect strangers alike, counseling them as she had done as a young social worker in the 1960s. She helped them through love, relationships, unwanted pregnancies and more. These were her stories.

With this impetus and inspiration, I started saving my family stories, and doing it for others through my business, Seventh Generation Stories. My practice is informed by my rich ethnic heritage, as well as Native American oral-history traditions and the conservation philosophy of the Seventh Generation (act in a way that will positively affect seven generations living after you).

Honoring elders is a key theme in Native American culture, as it is in many others, but much of that legacy of respect for tradition has been lost of late. Researchers at Syracuse University found that the rituals and traditions families keep “provide a continuity in meaning across generations.” It tells your children what they can rely on — what to expect. Without this, they say, “there is a threat to group cohesion.”

It’s so important to get mom, dad or grandma’s stories while they can still tell them clearly, before they become confused or infirm — which may well happen at some point. All of our elders have a rich legacy to leave and wisdom to impart.

When you’re buying holiday gifts on Black Friday, consider this: Unlike material things that will be forgotten by next year, talking to your parents or grandparents for posterity is something you or your children will always have. The siren song of Target and Best Buy can indeed be quashed by the import of history, and we must teach our children. This way, after grandma is no longer at Thanksgiving dinner, she’ll still be part of the conversation.

Looking for an easy and free way to save family stories? StoryCorps is running it’s annual Day of Listening in the U.S. today.