A Clinton victory would have been most symbolic for white women. Why did so many not vote for her? 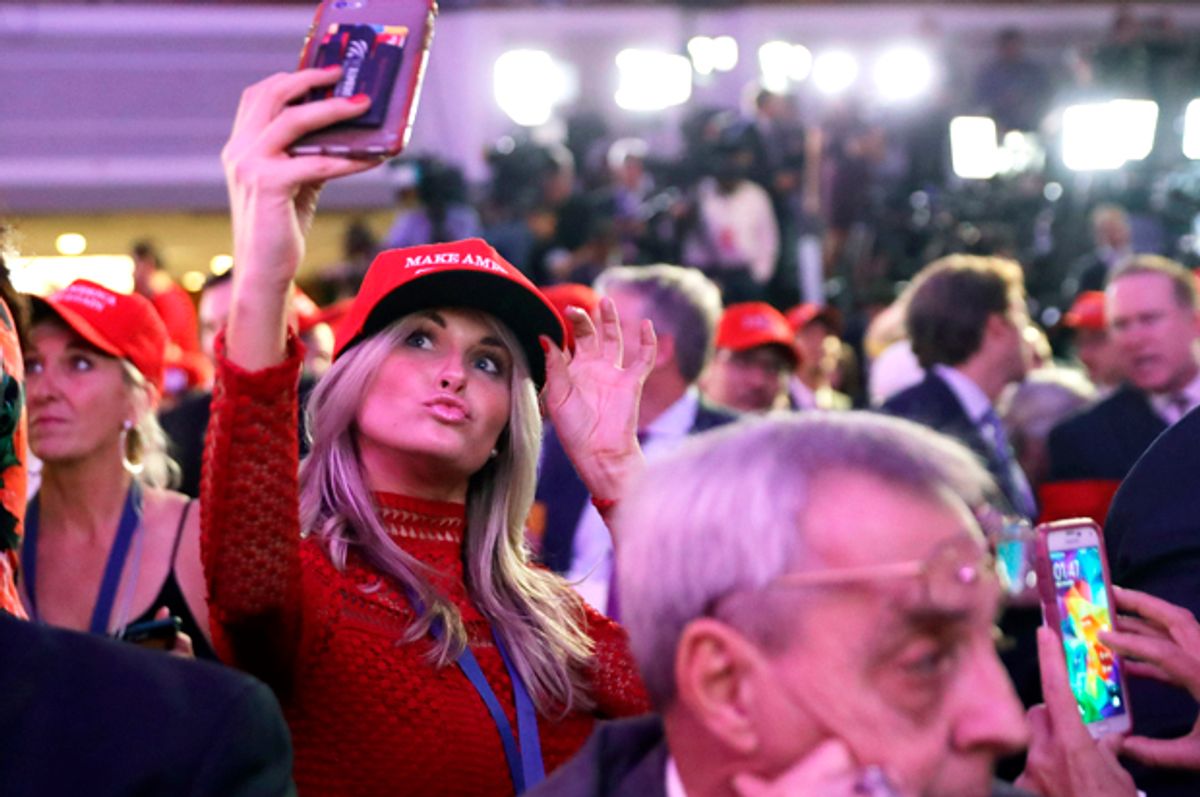 From the time she officially announced her candidacy, I had been adamant that I would not vote for Hillary Clinton. Whatever common experiences we shared because of our womanhood were not enough to make me overlook my legitimate concerns over her political positions and history. That admission was usually met with berating hostility, as her supporters assumed that my disdain for Clinton meant I supported the racism, sexism and xenophobia embraced by her strongest competitor. Nothing could have been further from the truth.

I'm a black woman. There was no amount of resentment for Clinton that would have made me vote for Donald Trump. No, I was not with her, but I wasn't even on the same planet as him.

Still, I was positive that she'd win. White women had been championing Clinton since the start of election season, and after a failed bid eight years ago, I believed they were determined to use their political power to redeem her. So as I sat watching the results of the election, stunned doesn't begin to describe my reaction.

That Donald Trump, with no prior political experience, was elected to the highest office of the most powerful country on earth was shocking. What exit poll data revealed was utterly astounding. More than half of the white women who voted — 53 percent — had voted for Donald Trump.

Yes, just over four in 10 (43 percent) of those who were the de facto face of #ImWithHer had championed a female president in the voting booth. Conversely, black female voters, many of whom had declared #GirlIguessImWithHer, stayed true to that unenthusiastic declaration and voted at a nearly exclusive 94 percent for Clinton. How were white women, for whom a Clinton victory would have been most symbolic, Trump's second-strongest supporting demographic?

That question is best answered by what black women and other women of color have been saying for years: White women can be, and too often are, just as racist as their male counterparts, rendering colorblind sisterhood nothing more than a fantasy.

This elephant didn't just enter the room. More than 120 years ago, in the last decade of the 19th century, pioneering black journalist Ida B. Wells took on suffragette Frances E. Willard who, in her capacity as a leading activist for women's rights, freely employed the violent racist rhetoric of the time. Wells declared that after the 15th Amendment giving all men the right to vote was ratified, Willard had "unhesitatingly slandered the entire Negro race in order to gain favor with those who are hanging, shooting and burning Negroes alive." More plainly, Willard, like many of her colleagues, was content to manipulate the racism at the core of this country's existence to win rights for white women who were still denied the vote black men were guaranteed on paper, saying in a speech, "It is not fair that a plantation Negro who can neither read or write should be entrusted with the ballot."

Much of the white feminist struggle since has taken the same strategy with the same goal. For many women of color, white feminism feels less like a unified fight for the liberation of all women, and more like a campaign to ensure white women have the same status, rights and privileges as white men, and thus the corresponding power to oppress black and brown people. This election was a painful reminder, and statistical illustration, of that.

White women had everything to gain, or at least maintain, by electing Hillary Clinton over Donald Trump. Beyond the historical significance of electing the first woman — a white woman — president of the United States, Clinton's policies would have no doubt been more female-friendly than Trump's, who has said he would appoint pro-life Supreme Court justices in a signal of support for overturning Roe v. Wade, and has even argued that women should suffer punishment for having abortions. Trump has an unabashedly misogynist constituency to appease. That appeasement will most likely come at the cost of women's rights.

But beyond the low-hanging fruit, white women are still viewed by our culture at large as the embodiment of womanhood. Much of the vile sexism peddled and promoted by Trump was inflicted upon white female bodies. When Trump retweeted a tweet calling Fox News personality Megyn Kelly a "bimbo," that was not a blow to black women like me. "Bimbo" is an insult reserved almost exclusively for white women. When Trump bragged about grabbing women "by the pussy," it was safe to assume those women had been white, given his three wives and the descriptions of the woman he admitted he "did try to fuck." Trump didn't interrupt a black or Asian woman dozens of times during the debates — he talked over a white woman indisputably more qualified to lead this country than he is.

Yes, his campaign fostered a real climate for racist attacks on women of color. Absolutely, his "birther" campaign aimed at Barack Obama helped further embolden racists to lob misogynoir at Michelle Obama. No question his Islamophobia bred more contempt for Arab Muslim women in hijab, thus placing them at greater danger for violence in this country. But the harm inflicted upon melanated women has been more proxy than direct. Trump himself caused harm directly to white women instead.

But still, white women, across borders of income and education, supported him. It's Frances Willard for 2016. Racist white women held firm to the fact that they may be women — oppressed, marginalized and preyed upon — but at least they're still white. Trump, in coded language, promised to preserve that whiteness. He promised them that even fighting for the right to make choices for their own bodies and paid less, they'd still have the power of their whiteness.

And as has been the case for more than a century; the majority decided that their comfort was in the arms of white men rather than in locking arms with black and brown women. Black women did their part. They kept up their end of the bargain, however begrudgingly, voting for a white woman who would benefit them at most marginally with trickle-downs, as white women cut off their own noses to spite their own faces.