Like many Spaniards my age, I didn't think of myself as Christian. But my culture says otherwise 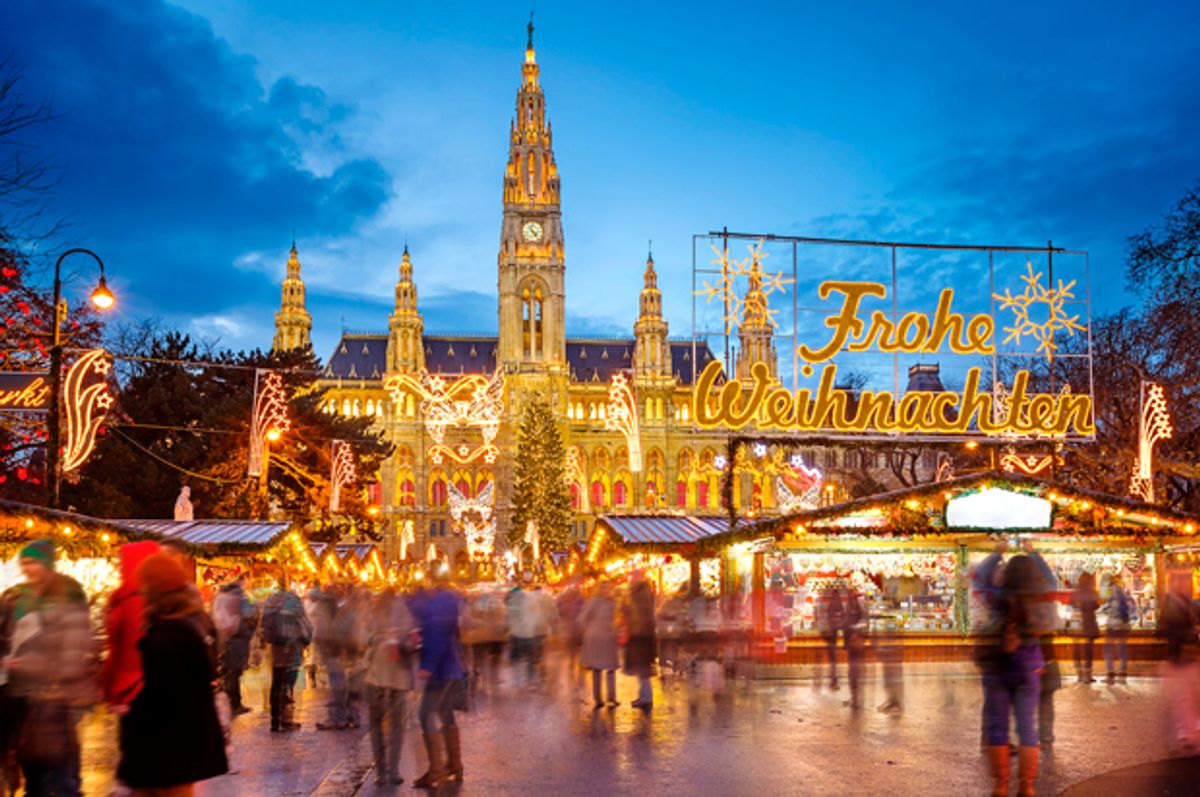 I had to come to America to realize I’m Christian. Until a couple of years ago, when I moved to New York, I had always embraced my atheism as a given. Even though Spain is largely a Christian country by many standards, I was never baptized, I can count with one hand the times I’ve been to church and I wouldn’t know how to say grace. At home, even if I would not describe my parents as radical atheists, I was born and raised in a religion-free environment — or so I thought.

When I arrived in New York, a classmate asked me “So what are you?” Bothered by the impertinence of the question, I answered something along the lines of “What do you mean? I’m from Spain.” He insisted, “Oh, so you are Christian.” I tried to explain to him that I wasn’t, that I was a proud atheist, as are most of the Europeans I know. But I didn’t convince him. And for some reason, I didn’t convince myself either.

It’s not news that the dramatic increase in immigration to Europe over the past half-century has radically altered its historically white, Christian face. In fact, immigration has become one of the main political concerns among Europeans. And ultra right-wing parties have created populist, xenophobic campaigns that are gaining momentum — echoes of which can be seen in the election of Donald Trump in the U.S. The Netherlands, lauded by many as one of the most progressive countries, voted in Geert Wilders and his Islamophobic party in 2010. Polls in France show better chances for Marine Le Pen after Nov. 9. And the Brexit vote in June could be explained, in part, by fear of diversity and immigration. But with 3 million refugees expected to arrive in Europe by the end of 2017, the question of how Europeans integrate difference is more pertinent than ever.

Most European countries have long embraced universal liberalism — the implicit belief in moral equality for all races and religions — and are proud of what some call “European values.” What that means exactly is largely unclear, but the idea of secularization — or the French laïcité — seems to be a central tenet: In Europe, politics and society are meant to operate without any religious influence.

The idea is simple: People are free to believe in whatever God they see fit in the privacy of their homes, but in the public sphere, religion should not show. This is the reasoning behind either national or local bans on some forms of hijab across the continent. This, allegedly, ensures a public safe space where everyone is (looks) equal.

But that’s not really true. The anti-burkini reaction in France last summer is a good example of this logic, on steroids. We haven’t really succeeded in removing religion from the public sphere. Instead, we’ve been left with a sort of non-religious cultural Christianity that we call secularism. And we are so adamant about our belief in secularism that we don't see it. As German philosopher Martin Heidegger taught us, our experience as humans beings is always rooted in our own reality, and what seems natural is always historical. In other words, even as European countries claim to be secular, Christianity still underpins our culture.

To take the most prosaic of examples, now that Christmas is approaching, cities will spend large sums of public funds to illuminate the streets with festive lights. In the region I’m from, it’s tradition that schoolchildren perform in a play that illustrates the nativity of Jesus. Similar traditions can be found in other countries. Even the most radical atheists buy gifts for Christmas Eve and eat chocolates for Easter. Oh, and forget about finding stores open on a Sunday.

Philosopher Mark C. Taylor points out in “After God” that “secularism is a religious phenomenon, which grows directly out of the Judeo-Christian tradition.” He argues that secularism is associated with Modernization, but both phenomena are highly rooted in Western religion. The fallacy lies in the fact that Modernization, and especially the Enlightenment, made us think of values such as laïcité as universal. But those values were actually born in Christian societies. And even as religion retreats to the private sphere, centuries of tradition cannot be extirpated from culture — nor am I arguing they should be.

But we are equating secularism and laïcité as universal, atheist values, and thus creating an opposing narrative against Muslims (and Jews) who see their religion as part of their cultural identity. The truth is, most Europeans are culturally Christian, even when their families, like mine, have long abandoned the idea of God. This narrative of the secular "us" vs. the religious "other," which is upheld by many who consider themselves liberal, progressive people, incites and allows for populist, xenophobic and anti-immigrant rhetoric on the ultra-right.

Failing to understand how present Christianity still is in our cultures will only create more tensions with the rising influx of immigrants from non-Christian backgrounds. We need to stop pretending that we live in religiously devoid spaces, and that the issue is that those immigrants of Muslim background need to keep their religion a private matter, because that’s what European Christians do. The immigrants coming in see themselves as coming into a Christian culture — often one that is much more intolerant of their culture than they had expected.

“What’s your Christian name?” a teacher asked my Muslim friend on her first day of school in England when she was 12. Confused, she replied, “I’m not Christian,” which created a wave of laughter among her classmates. This is a small incident that shows to what extent religious discrimination can inadvertently happen in the most secular spaces.

Proof of that tension is that many immigrants who come to Europe identify themselves as culturally Muslim but are non-practicing. Studies show that it is the discrimination they perceive in Europe that makes some of them lean towards a more radicalized Islam. Peter Neumann, director of the International Centre for the Study of Radicalization in London, argues that second- and third-generation Muslim immigrants experience conflicts of identity in Europe. “They do not feel they belong into France, even though they were born in France, they went to school in France, they have French passports,” said Neumann to PBS.  “In Europe, we still have a sense of, you know, if you don’t look European, if your names are not European, you’re not part of us.”

It doesn’t matter if Europeans like me don’t see ourselves as Christian; those coming from other countries do. And it is that Christian culture that some immigrants react to and radicalize against. The tragedy at the Charlie Hebdo headquarters last January shows the disconnection. France, bastion of laïcité, has one of the biggest Muslim populations in Europe — around six million. While French people defend their freedom of expression — which includes a very rooted tradition of satire — they can’t empathize with the offense to the Muslim community that the magazine’s cartoons caused. After all, an essential trait of secular Christianity is desacralization.

Whether European countries will be able to integrate the inevitable inflow of migrants from diverse cultural and religious backgrounds will largely determine the success or failure of Europe. As Neumann argues, we could learn from the United States, where they are “much more welcoming and much more embracing of immigrants, wherever they come from and whoever they are.” Perhaps that is because the United States has historically been much more open about religious difference and tolerance (be it because the original colonies were by settled in part by religious minorities running from persecution in Europe, or because of sociopolitical reasons, the idea of “national identity” has historically been less defined by narrow ethno-cultural characteristics). Trump winning the presidency should be seen as a warning sign of what populism and ignoring the cultural fears of the "silent majority" can do.

In a way, by defending secularity at all costs, American liberals have slowly alienated the sizable portion of the population who still see Christianity as a center pillar of American culture. The GOP and the alt-right have used that to appeal to the “white working class” vote. Trump’s Islamophobic rhetoric — from his insistence in linking Islam with terrorism to the proposed barring of Muslim immigrants or the creation of compulsory government registries — gained him the trust of those Americans that fear liberals are ignoring their Christian values.

Perhaps the American Left should stop looking at European “secularity” as a model and acknowledge the default secular Christianity built into American culture as a necessary step to better integrate Muslim Americans and other religious minorities. Similarly, European countries need to recognize our cultural background for what it is, and stop imposing it on others as a universal model — after all, history has proved us wrong time and again.