The 2016 Wisconsin recount: What exactly is happening? 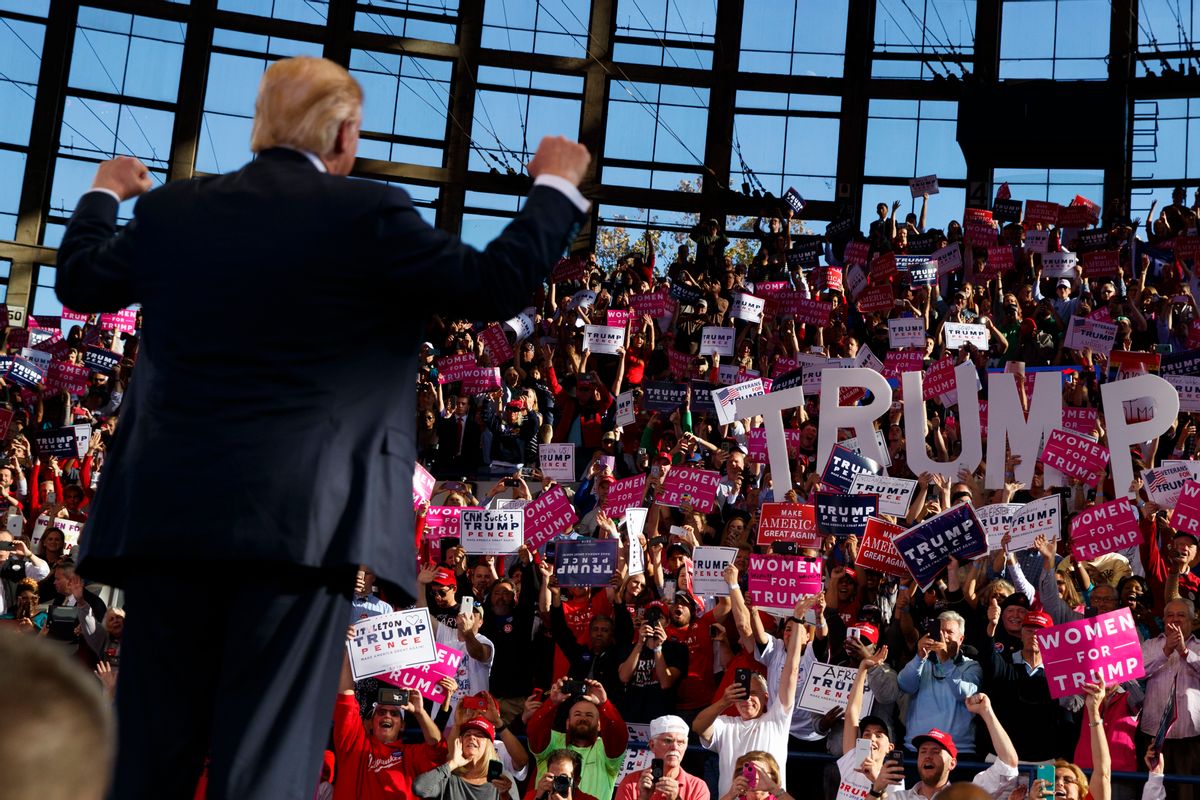 In this Nov. 7, 2016 file photo, then-Republican presidential candidate Donald Trump gestures as he arrives to speak to a campaign rally in Raleigh, N.C. (AP)
--

You've probably heard about the movement for a recount in the states of Wisconsin, Michigan and Pennsylvania. What exactly is going on?

The campaign was kicked off on Tuesday by an article in New York Magazine which claimed a pair of election experts "believe they’ve found persuasive evidence that results in Wisconsin, Michigan and Pennsylvania may have been manipulated or hacked." Although J. Alex Halderman, one of the experts cited in the article, has subsequently criticized the piece for inaccuracies, he stood by its basic assertion — namely, that while "the most likely explanation is that the polls were systematically wrong, rather than that the election was hacked," he did not "believe that either one of these seemingly unlikely explanations is overwhelmingly more likely than the other."

Halderman argued that "the only way to know whether a cyberattack changed the result is to closely examine the available physical evidence  —  paper ballots and voting equipment" in those three states.

Soon after the New York article was published, Green Party candidate Jill Stein launched a fundraising drive to raise the money necessary to perform recounts in Wisconsin, Michigan, and Pennsylvania. So far she's already raised the $1.1 million necessary to trigger a recount in Wisconsin, as well as the $500,000 do the same in Pennsylvania (although she faces a number of other bureaucratic hurdles there), and needs to raise $600,000 in Michigan by Nov. 30.

As of Saturday, she had raised $6 million in total.

During an interview with NPR on Saturday, she explained this as the reason behind her efforts.

"In my view, this is not likely at all to change the outcome, and that's what the computer and voting security experts say as well," Stein explained. "They are not expecting the outcome to change here. But it's the voters who benefit by standing up and saying we deserve a voting system that is secure in which we know our votes are being counted and our votes are being respected."

This isn't to say that the established political parties are fully behind Stein's efforts. President-elect Trump has responded in a characteristic fashion, taking to Twitter to accuse his critics of bias and hypocrisy as well as make bogus claims about how he may have actually won the popular vote after all (no reputable journalistic outlet can characterize his assertions as anything other than false).

"The Kremlin probably expected that publicity surrounding the disclosures that followed the Russian government-directed compromises of emails from U.S. persons and institutions, including from U.S. political organizations, would raise questions about the integrity of the election process that could have undermined the legitimacy of the president-elect," read a White House statement that shed light on deeper fears that these efforts could delegitimize America's democratic institutions in the eyes of the voting public.

Although the Clinton campaign has agreed to assist Stein in pulling for a recount, they've made it clear that this was not their initiative and that they aren't hopeful it will work.

"We are getting attacked for participating in a recount that we didn't ask for by the man who won election but thinks there was massive fraud,” noted Marc Elias, Clinton’s campaign lawyer. He later added, "Because we had not uncovered any actionable evidence of hacking or outside attempts to alter the voting technology, we had not planned to exercise this option ourselves, but now that a recount has been initiated in Wisconsin, we intend to participate in order to ensure the process proceeds in a manner that is fair to all sides."

In general, no Clinton staffers have come out and supported allegations that the election has been rigged, while Clinton herself has maintained a low public profile since conceding to Trump.