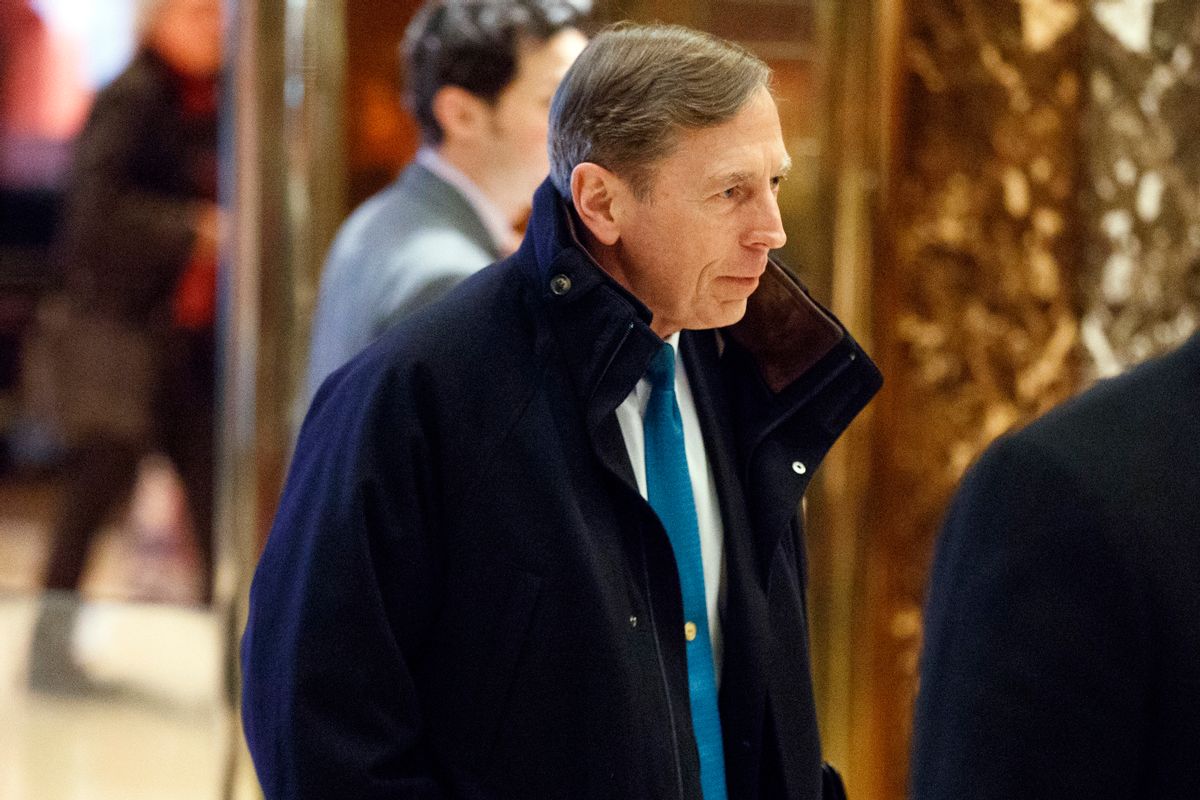 President-elect Donald Trump is “inclined” to pick Petraeus for the job, an official on his transition team told Bloomberg on Monday. Trump has had a merry-go-round of candidates visiting Trump Tower, as well as his New Jersey golf club, to interview for Cabinet positions.

Gen. Petraeus has arrived at Trump Tower for his meeting with the president-elect about possible secretary of state nomination pic.twitter.com/s11CiavGI5

Petraeus last held public office in 2012 when he served as President Barack Obama’s CIA director. Petraeus resigned from the role that November, citing an extramarital affair that was discovered during an FBI investigation. Three years later, the FBI and Justice Department recommended felony charges be brought against Petraeus for providing classified information while he was still serving as director of the CIA to his biographer Paula Broadwell, with whom he was having an affair.

During his bid for the presidency, Trump exploited Hillary Clinton's ongoing legal quagmire involving her private email server. Trump alleged that Clinton exposed state secrets due to her email practices and demanded she face jail time for her negligence. The rally cry “Lock her up” became one of the defining slogans of the presidential campaign.

Trump’s strong stance against the mishandling of classified information has not extend to Petraeus, apparently. On the campaign trail, Trump said that Petraeus’ violations were not as severe as Clinton’s, insisting that “other lives, including general Petraeus and many others, have been destroyed for doing far, far less.”

James Comey, the FBI director who oversaw the investigations into Clinton and Petraeus, said that the general’s conduct was far worse than Clinton’s, noting that Petraeus deliberately disclosed classified information to a civilian who did not have security clearance.