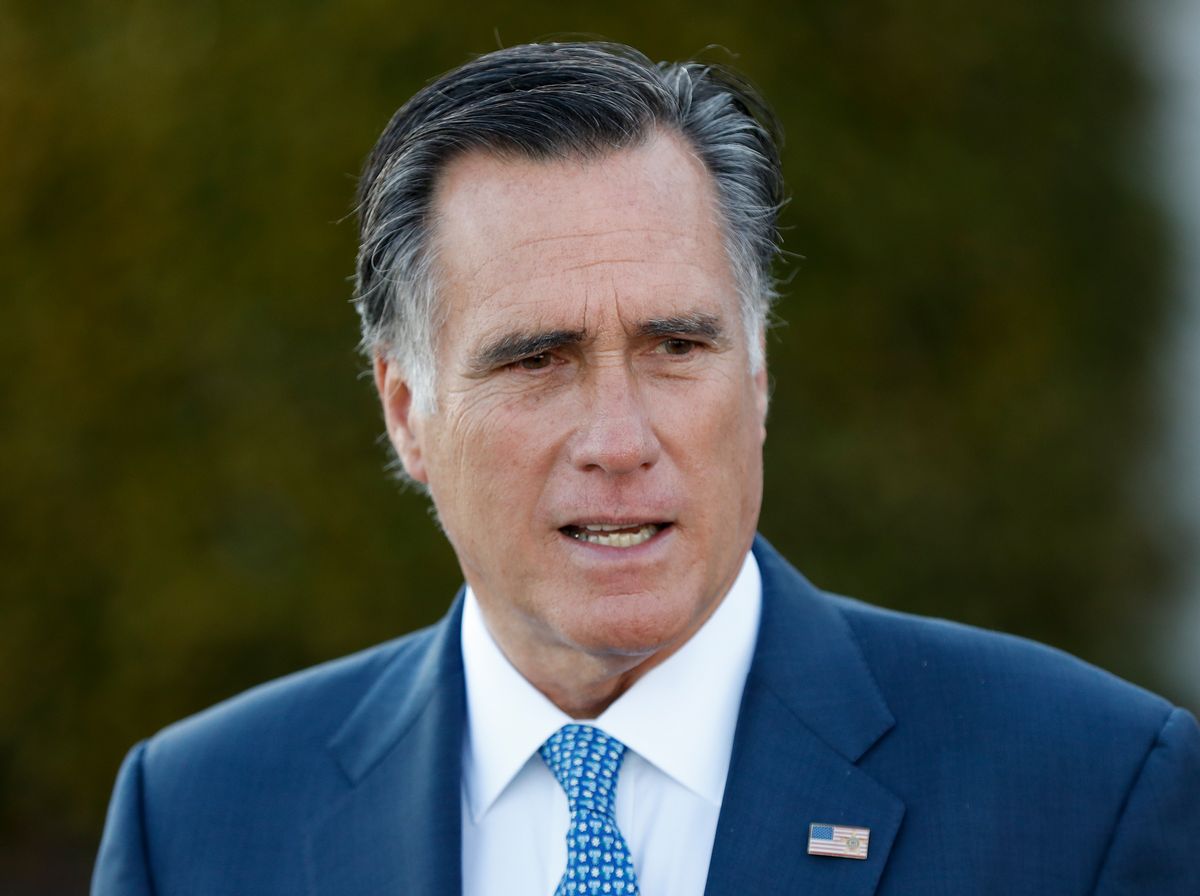 “Well, I mean, what do I know about Mitt Romney? I know that he is a self-serving, egomaniac who puts himself first, who has a chip on his shoulder, that thinks he should be president of the United States,” the New York congressman explained on Monday to CNN. “I mean, there's no love lost between me and Mitt Romney. I've called him a loser for the last six months, even though I supported him.”

Collins' comments are a more aggressive version of remarks he made to Charles Payne on Fox Business Network on Friday. "You know Mitt Romney said some pretty awful things, but at this point in time we're seeing chief executive Donald J. Trump, whose gonna run our country like a business, surround himself with the best and brightest." He added that Romney "went overboard" and "should apologize" for his comments made against Trump earlier this year.

Collins' animus toward Romney was shared by former Trump campaign manager Kellyanne Conway, who told said Sunday, "I’m all for party unity, but I’m not sure we have to pay for that with the secretary of state position. I’m hearing from people who say, ‘Hey, my parents died penniless but I gave $216 to Donald Trump’s campaign and I would feel betrayed [if Romney is nominated].'”

Gingrich challenged Romney's ability to effectively execute Trump's foreign policies, rhetorically asking Tucker Carlson on Tuesday, “To what extent would he actually represent the kind of tough-minded ‘America first’ policies that Trump has campaigned on?”

Huckabee, on the other hand, made it very clear to "Fox & Friends" on Wednesday that his reservations about Romney were based on the man's character during his campaign against Trump.

“It’s not about that I don’t care for Mitt personally. But I’m still very unhappy that Mitt did everything he could to derail Donald Trump,” Huckabee explained. “He didn’t just go after him from the standpoint of, I disagree with his policy on immigration, I disagree with his policy on taxes. He attacked him on a personal level about his character, integrity, his honor.”

Even some of Trump's closest media allies are dismayed by the thought of him choosing Romney. "The way he acted here? No loyalty. He should not be under consideration," denounced Sean Hannity. Breitbart, meanwhile, has gone so far as to create listicles of Romney's statements criticizing Trump and plastered headlines that echo Conway's claim Trump supporters would feel "betrayed."

Not everyone on Team Trump is convinced that the attacks on Romney are coming from an idealistic place. Alongside reports that Vice President-elect Mike Pence is pushing for Romney's nomination, Republican political commentator Ana Navarro (who has been a staunch critic of Trump) offered the following speculation on Twitter:

MSNBC pundit Joe Scarborough, whose show is rumored to be regular viewing by Trump, also characterized the attacks on Romney in a less-than-flattering light.