In 1960, the man who would rule Cuba met with the famous existentialist 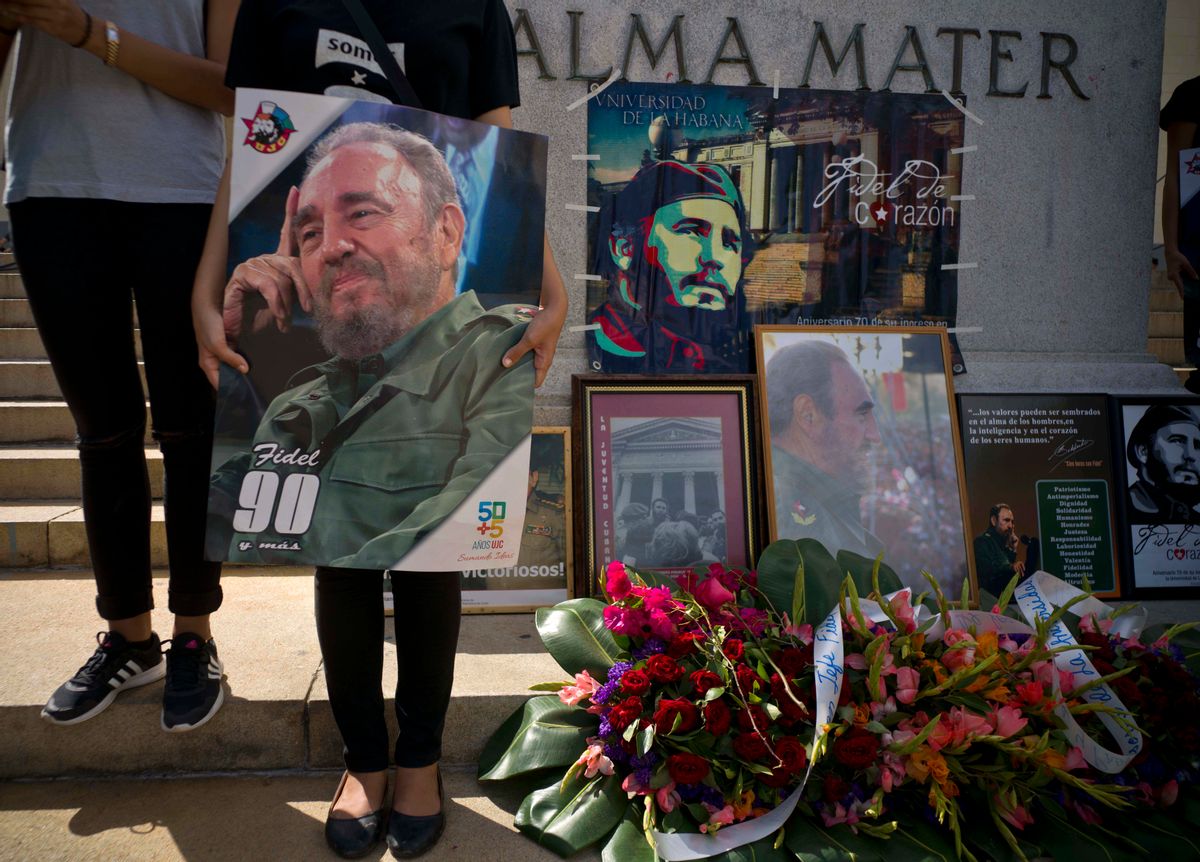 The news of his death at the age of 90 brings many of these thorny questions to mind. And there are many anecdotes to illustrate them. I would like to draw on one in particular – the case of Jean-Paul Sartre and his observations of the Cuban leader as they toured Cuba in the back of Castro’s car in the spring of 1960.

Sartre and Simone de Beauvoir had accepted an invitation to visit and arrived in Havana during the festivities of Carnaval. They listened to Castro’s speeches, they met Che Guevara, ministers, writers, artists, university students, factory workers and cane-cutters.

Sartre spent long hours locked in conversation with Castro, many of which he recorded in the series of articles he later published with France-Soir entitled Hurricane over the Sugar. He was praised and condemned in equal measure for his admiration of Castro and the revolution. But although he did write quite breathlessly about Castro – and was absolutely clear in his support – there is a subtle tension in his writing that reveals something troubling him about the bearded comandante.

They visit a now-public beach being developed for internal tourism. They are given warm soft drinks. Castro asks why there is no ice. Because, replies one of the three slightly dazed workers, the refrigerators do not work. Castro cannot tolerate such un-revolutionary lethargy and bangs around the machines trying to get them to work, animating the workers to take the initiative. Sartre figures out Castro’s essential dynamic: “He is an agitator, thought I for the first time.” And yet, Sartre observes, he cannot animate them to oppose the system that is failing them, which is his own ministry of tourism, the INIT. Castro is aware that he can agitate against the old system, but cannot agitate against his own.

Castro, talking with the woman about the fridges, “calmly invited her to join the rebellion” and attempts to instill in her some revolutionary consciousness. But Castro’s parting words to the woman on the beach are less amicable and more threatening:

Tell your people in charge that if they don’t take care of their problems, they will have problems with me.

Don’t fuck with Fidel, Sartre seems to understand. Sartre’s assessment is reminiscent of Oliver Stone many years later in his movie Comandante, picking Castro’s pistol off the back shelf of the state car as they drive down a Havana street and asking him: “Do you still know how to use this, Fidel?” Like Stone, Sartre admires the man while tacitly acknowledging the severity of his power, recognizing that power and violence are always bedfellows.

They later leave the coast and drive into the hilly interior. They pull up before a group of laborers standing around a stationary tractor, scratching their heads. “Castro saluted seriously; the campesinos said, ‘Hello Fidel’. And immediately he began his questions. ‘How much? When? Why hadn’t they done more? Why weren’t they going any faster?’” There is another problem like the broken fridges. This time the tractor is not broken but the wrong man has been assigned to the task of driving it, while the experienced driver has been given another job. The experienced driver is bursting with revolutionary fervur and initiative: “‘Let someone give me a tractor,’ he said to Fidel, ‘and I will have you see right away what I know’.” This is fine, one might imagine – here is a problem and here is a worker proposing the solution. But here, as Sartre points out, the problem is with the INRA, the ministry of the agrarian reform.

What a perfect tangle – and what a prescient observation by Sartre. He watches the tension rise visibly in Castro’s expression. The great upsetter cannot upset his own order. As a result he becomes a bureaucrat of his own state power. And he knows it, and “from that moment” Sartre observes, “I felt that he wanted to leave.”

When they finally get away, Castro is in a funk, and he remains in this funk as more villagers and agricultural workers flock around him demanding this and demonstrating that.

Sartre was hopeful that the revolution would be organic, free from ideology, inspired by those foundational principles of liberté, égalité, fraternité, which he expressed passionately in the Cuba articles. Beneath his panegyric, though, there is a subtle, almost unconscious, awareness that the line between revolutionary zeal and tyranny would likely be crossed and that emerging structures of state across the island would soon become structures of state power.

These episodes with Sartre and Castro are, to me, emblematic of tensions and contradictions at the heart of Castro’s many years’ rule of Cuba. Castro inspired revolutionary consciousness in Cubans whilst condemning such consciousness when used to criticize state authority.

He clamored for sovereignty of his people while encouraging citizens to betray neighbors for counter-revolutionary activities. He spoke of brotherhood and fellowship yet roused the rabble to abuse those who tried to leave, calling them gusanos – worms. He spoke out against the oppression of the imperialistas yet remained sanguine about oppression in his own state. He railed against colonialism and imperialism yet did not denounce the Warsaw Pact invasion of Czechoslovakia in 1968. He demanded justice yet permitted injustice. Nelson Mandela publicly thanked Castro for his support in the anti-apartheid struggles and yet Castro condemned many political prisoners to sentences similar to Mandela’s.

These are the riddles at the centre of Fidel Castro, resolved conventionally by taking opposing sides: Fidel the savior, Castro the monster. Reality is more complex; some riddles are not to be solved.