As the Trump transition team tries to form a government, Kellyanne Conway keeps sniping from the sidelines 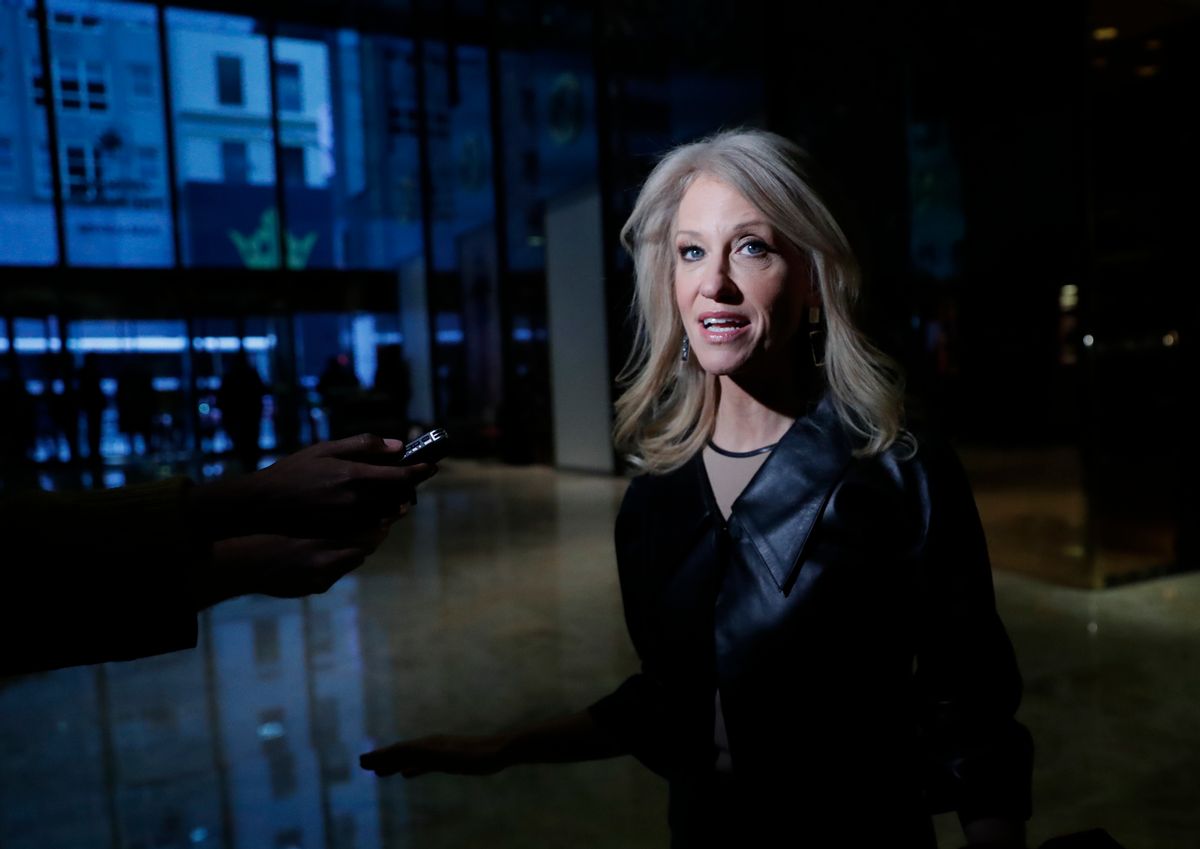 Kellyanne Conway, former campaign manager to President-elect Donald Trump, is jumping on the anti-Mitt Romney bandwagon that has taken off ever since reports came out that Romney is being considered for secretary of state.

"I'm all for party unity, but I'm not sure we have to pay for that with the secretary of state position," Conway explained to CNN's Dana Bash on "State of the Union" on Sunday. "I'm hearing from people who say, 'Hey, my parents died penniless but I gave $216 to Donald Trump's campaign and I would feel betrayed [if Romney is nominated].'"

During an interview on "Meet the Press" Sunday, Conway assured host Chuck Todd that she wasn't campaigning against Romney, but merely speaking out as a "concerned citizen."

Conway's criticism of Romney isn't occurring in a vacuum — last week, conservative stalwarts from Newt Gingrich to Mike Huckabee were equally vocal about their displeasure at the thought of Romney's appointment.

The criticism has reportedly irked Trump.

According to CNBC, Conway is "going rogue" with her comments Sunday. "Instead of driving Donald Trump's message, she's pushing her own agenda," a source was quoted as saying. Conway has responded to reports that the Trump campaign is furious with her by denouncing them as "sexist."

Conway responds to #morningjoe report on Trump campaign's reaction to her Romney comments. The panel weighs in. https://t.co/hTs91LLfgb

This story has been updated to include Conway's accusation against MSNBC.