Space cowboy: Donald Trump told to leave the planet and given directions 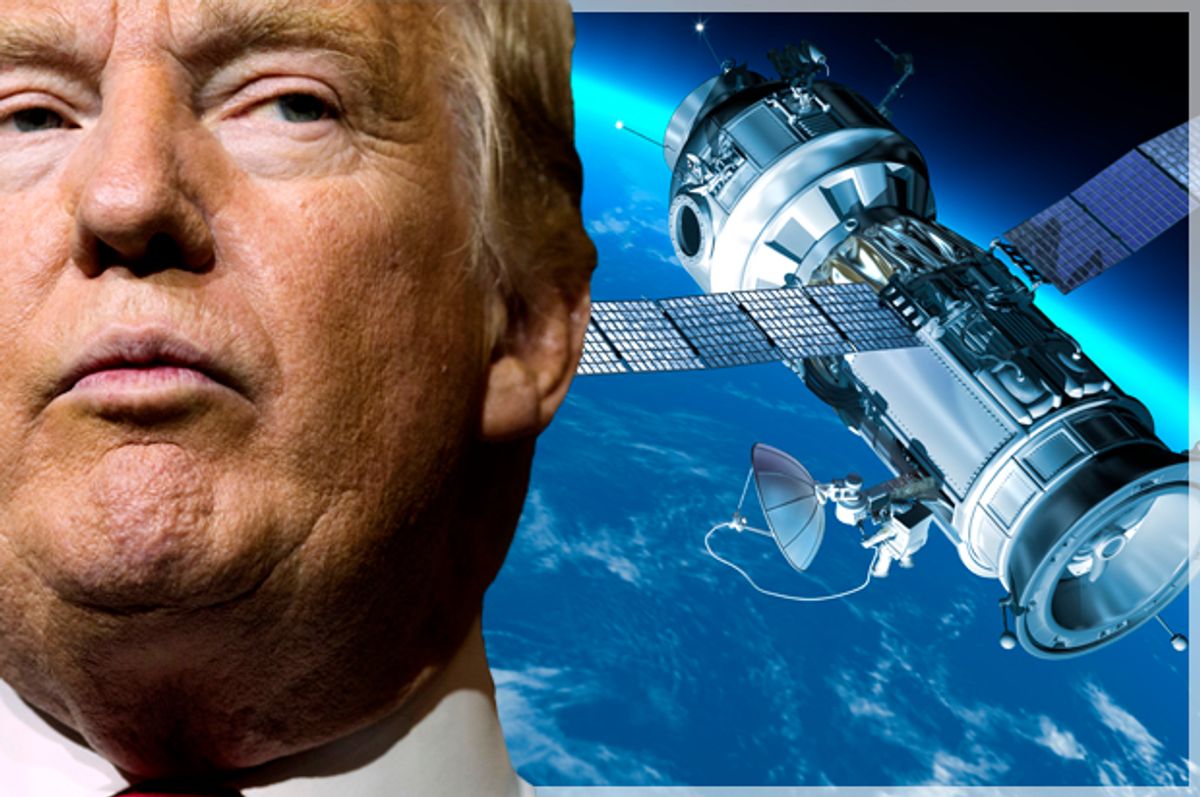 Donald Trump in space. It may sound like wishful thinking for many of those in a particularly dark mood about the result of the election, but  the Aerospace Industries Association (AIA) and the Citizens for Space Exploration (CSE) are quite serious when they suggest that Trump put America on a road map to space. They've even drawn out directions for him.

The paper provides seven general recommendations that the partners feel will help guide the United States to reclaim its position in aerospace endeavors, as quoted below:

The CDSE acknowledges that the roadmap was written up in direct response to Trump's surprise election earlier this month. There have been strong indications that Trump could pursue an ambitious space agenda. As The New York Times reported on Monday, "two of President-elect Donald J. Trump's advisors have been pushing for a reboot of the mission of NASA, focusing more on exploration of extraterrestrial space and less on studying the one planet we know is inhabited by 7.35 billion people."