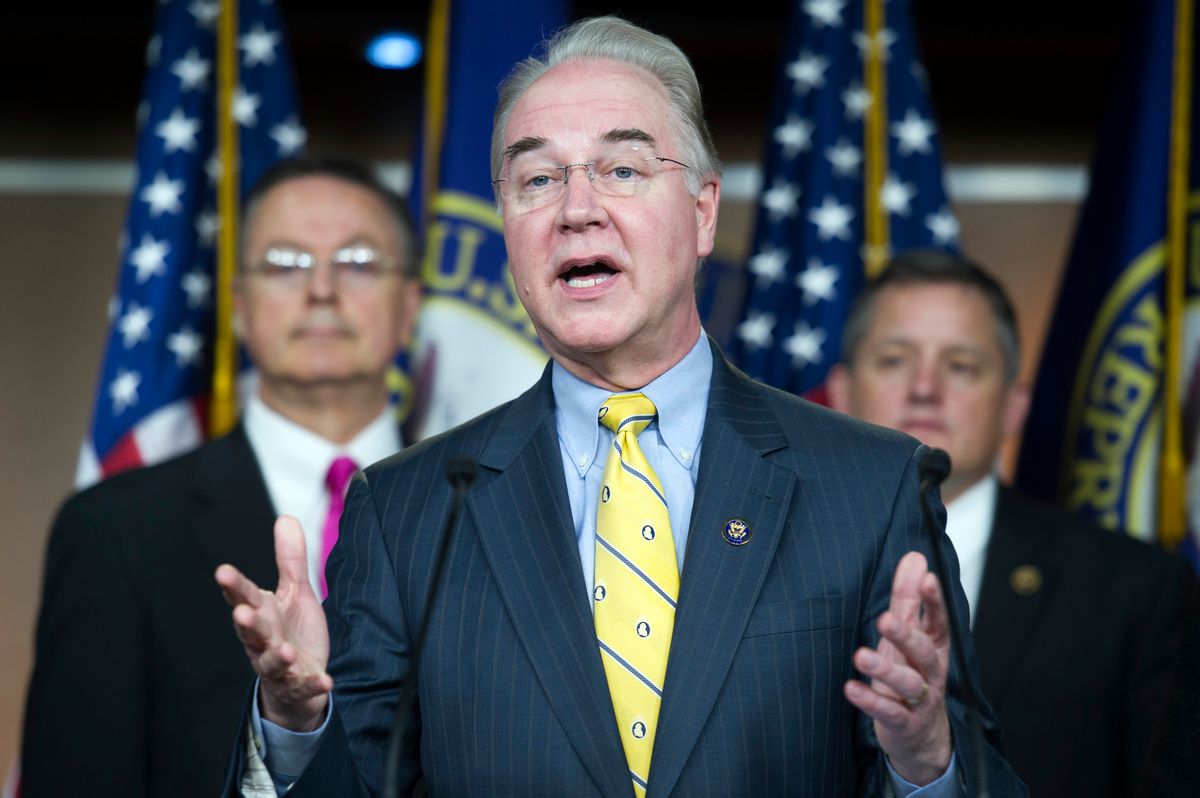 President-elect Donald Trump may have dropped hints to President Barack Obama that he plans on keeping aspects of the Affordable Care Act, but his impending pick to lead the department of Health and Human Services suggests that Obamacare may really be in trouble.

Rep. Tom Price is likely to be announced as the Trump administration's new secretary of health and human services, according to a report by The Washington Post on Tuesday. Price currently chairs the House Budget Committee and has been a leading Republican in the campaign to repeal and replace the Affordable Care Act. He has also advocated converting Medicaid into block grants to states and requiring "able-bodied" applicants to meet work requirements before receiving health care benefits. He has advocated that Medicare become a "defined contribution" instead of a "defined benefit" — meaning the government can replace the program with a mix of private insurance and vouchers.

"Chairman Price, a renowned physician, has earned a reputation for being a tireless problem solver and the go-to expert on healthcare policy, making him the ideal choice to serve in this capacity," Trump said in a statement. "He is exceptionally qualified to shepherd our commitment to repeal and replace Obamacare and bring affordable and accessible healthcare to every American."

Not surprisingly, the reaction to Price's impending nomination among conservatives has been quite positive.

Price's other distinctions as a congressman have included his opposition to gay marriage on the grounds that "the tried and true traditions in history that made us great are preserved and have survived because they are effective."

He opposed mandatory contraception coverage for businesses that cite religious objections. In 2012, he erroneously claimed that there was "not one" woman in the country who can't afford birth control.

Perhaps Price's most famous (some might say infamous) moment occurred in 2010, when he repeatedly interrupted Rep. Lois Capps, D-California, as she tried to advocate in favor of Obamacare by shouting out "I object!" He was eventually ruled out of order and required to cease his disruptive behavior.

Price is a third-generation doctor who practiced as an orthopedic surgeon before being elected to Congress. On Nov. 17, Talking Points Memo asked Price about his timeline for phasing out Medicare and Price replied that he did not believe it would be among the Trump administration's initial legislative agenda.

"I think that is probably in the second phase of reconciliation, which would have to be in the FY '18 budget resolution in the first 6-8 months," Price said to Talking Points Memo.