Donald Trump wants to get rid of the EPA and restore coal mining jobs. That's not as easy as it sounds 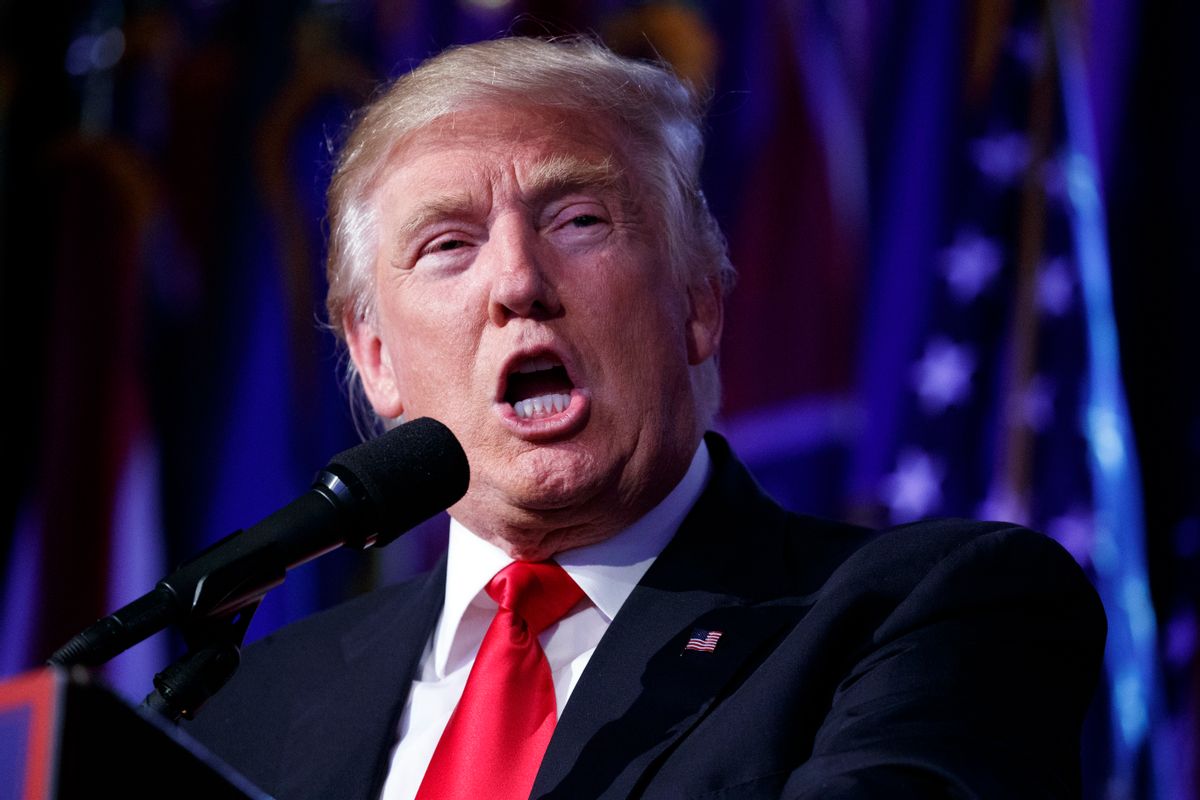 WASHINGTON (AP) — Once sworn into office, Donald Trump will be in a strong position to dismantle some of President Barack Obama's efforts to reduce planet-warming carbon emissions. But experts say delivering on campaign pledges to abolish the Environmental Protection Agency and bring back tens of thousands of long-gone coal mining jobs will likely prove far more difficult for the new president.

Internal documents from the Trump transition team reviewed by The Associated Press show the new administration plans to stop defending the Clean Power Plan and other recent Obama-era environmental regulations that have been the subject of long-running legal challenges filed by Republican-led states and the fossil fuel industry.

"We anticipate challenging every single attempt to roll back regulations on air, water and climate," said Sierra Club Executive Director Michael Brune, who added that his group is already hiring additional lawyers. Fundraising for environmental causes also has spiked since Trump's victory.

Though Republicans have for years blamed environmental regulations for the decline of coal, data from the U.S. Department of Energy shows the primary cause is the emergence of cheaper, more abundant natural gas from hydraulic fracturing. Another factor is the plummeting cost of solar panels and wind turbines, which now can produce emissions-free electricity cheaper than burning coal.

Leading Trump's transition team on the EPA is Myron Ebell, director of the Center for Energy and Environment at the Competitive Enterprise Institute, a libertarian think tank that gets financial support from the fossil fuel industry and that opposes "global-warming alarmism."

Ebell, whose academic credentials are in philosophy and political theory, has for years made his mark publicly denying the reams of scientific data that show the planet is warming and that burning fossil fuels is primarily to blame. Earlier this year, Ebell wrote of the Paris agreement to make global reductions in carbon emissions, "We want to have the whole thing collapse and be found by future generations in the dustbin of history."

Trump said during the campaign he would "cancel" the Paris accord, which Obama signed in December. The agreement was not a treaty and was not approved by the Republican-controlled Senate, and legal experts agree that as president Trump would have the authority to walk away. Even without a formal withdrawal, Trump could simply order EPA not to take any action toward meeting the U.S. commitments to reduce greenhouse gas emissions by at least 26 percent below 2005 levels within the next 10 years.

Trump appeared to soften his position in a recent interview with The New York Times, saying he now has an "open mind" about the Paris agreement. He also shifted away from his year-long insistence that climate change is a "hoax," conceding there may be "some connectivity" between human activity and the warming of the planet.

Still, Trump's advisers have suggested he will eliminate NASA's world-class climate research program, which tracks the warming of the planet, melting Arctic sea ice and rising oceans using an array of purpose-built satellites orbiting the globe.

However, NASA's study of earth science is currently mandated by federal law, which means voiding the program would require congressional action. Even assuming unanimous Republican support, Senate Democrats could block such an effort through a filibuster.

As a legal matter, Trump also can't simply get rid of the EPA. Though established in 1970 by President Richard Nixon through an executive order, eliminating a federal Cabinet agency would require congressional approval and face a likely filibuster.

Even without a wholesale elimination, Trump and the GOP-led Congress could gut the agency's budget — defunding core enforcement efforts enshrined under the Clean Air and Clean Water acts. During the campaign, Trump proposed slashing the EPA's $8 billion budget as a way to offset some of the cost of his planned tax cuts.

Environmentalists and former EPA officials say decades of gains made under both Democratic and Republican administrations would potentially be lost if Trump weakens the agency. Christie Todd Whitman, a Republican who served as EPA administrator under President George W. Bush, worries EPA is likely to suffer a brain drain as key regulatory staff retire or resign rather than serve under Trump.

"It would behoove Republicans to remember EPA was signed into law by a Republican president working with a Democratic Congress because the public wanted to protect the environment," Whitman said. "They wanted clean air to breathe, they were tired of seeing rivers spontaneously combust and the land turned into a garbage dump."

Internal transition documents show Trump's primary targets are Clean Power Plan limits on carbon emissions from coal-fired power plants and a recent EPA rule expanding the definition of "waters of the United States" protected under the Clean Water Act to include smaller creeks and wetlands. Other items include EPA's recently issued standards for reducing smog caused by coal-fired power plants and limits on harmful emissions and chemical-laden waste water from oil and gas operations.

Dismantling EPA regulations is difficult, especially if the rules have already been finalized and implemented.

"The agency has already built up a very strong record to support those rules," said Jody Freeman, director of the environmental law program at Harvard Law School. "It can be very hard to do an about-face."