In city that teams with bitter disagreement, there is consensus in the nation's capital about Trumps tweets: Ew! 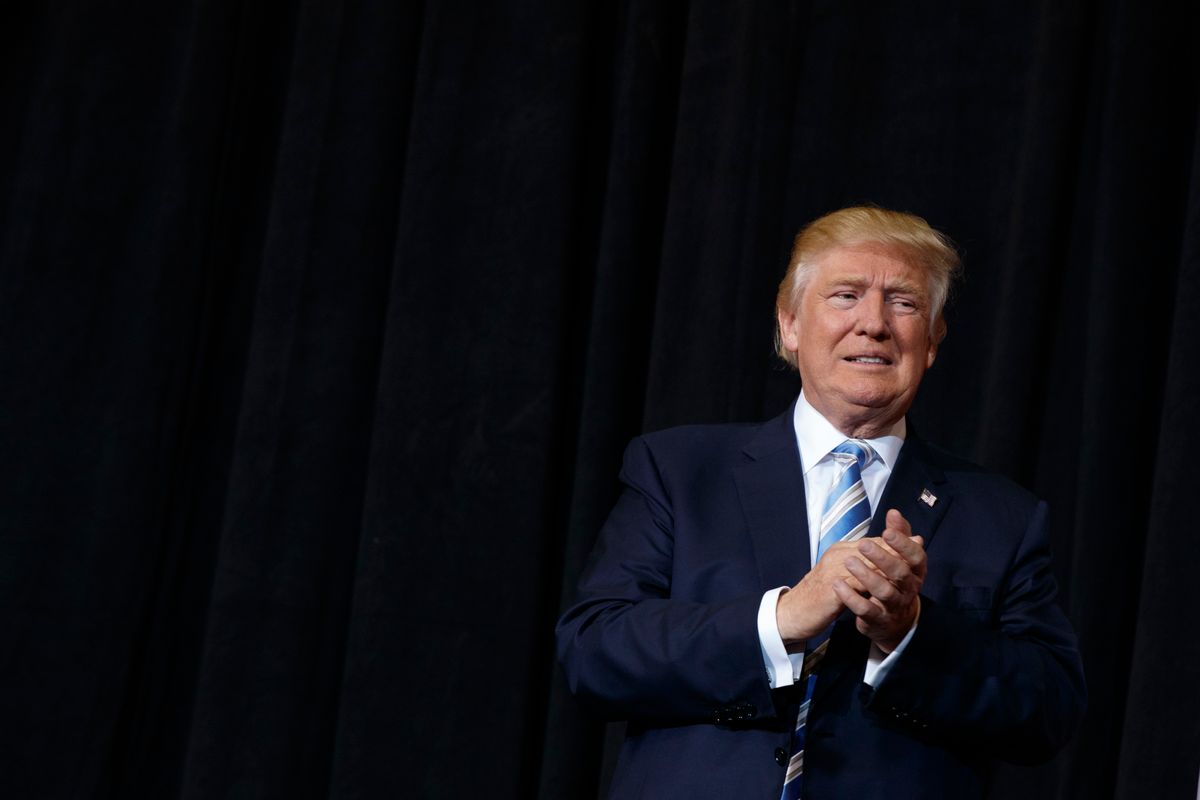 FILE - In this Nov. 7, 2016 file photo, Donald Trump arrives to speak at a campaign rally in Sarasota, Fla. Trump’s disavowal this week of white supremacists who have cheered his election as president hasn’t quieted concerns about the movement’s impact on his White House or whether more acts of hate will be carried out in his name. (AP Photo/ Evan Vucci, File) (AP)
--

The Obama administration may not agree with Sen. John McCain (R-Arizona) on whether Americans should be allowed to burn their own flag, but it seems like they both wouldn't mind setting fire to President-elect Donald Trump's Twitter account.

White House Press Secretary Josh Earnest made it clear on Tuesday that he doesn't plan on reacting to every tweet send out from Trump's notorious account.

“If I spend our daily interactions here itemizing and criticizing all of the things that the president-elect does that are different from what President Obama has done," Earnest told the press conference on Tuesday, "that is going to materially undermine our ability to engage in a smooth and effective transition.”

This isn't to say that Earnest was mum about Trump's controversial tweet suggesting that Americans who burn the flag have their citizenship revoked or even be jailed.

“The vast majority of Americans, myself included, find the burning of the flag offensive,” Earnest said. “But we have a responsibility as a country to carefully protect our rights that are enshrined in the Constitution.”

Earnest wasn't alone among America's political elite in needing to reply to Trump's incendiary tweet. Earlier on Tuesday, McCain was confronted by CNN's Manu Raju with the same questions as Earnest about both the constitutionality of burning the American flag and his overall opinion of Trump's tweeting.

"I do not approve of burning the flag," McCain told Raju. "I think there should be some punishment, but, right now, the Supreme Court decision is that people are free to express themselves that way."

As for Trump's tweeting, though, McCain seemed to share Earnest's disgust.

“I’m not commenting on Mr. Trump’s comments. I have not and will not," McCain said. When pressed by Raju, he snapped, "Because that’s my choice. Because it’s my choice and I was just re-elected by the people of Arizona, and during that campaign I did not comment on Mr. Trump. I will continue to not, because I have to defend this nation."