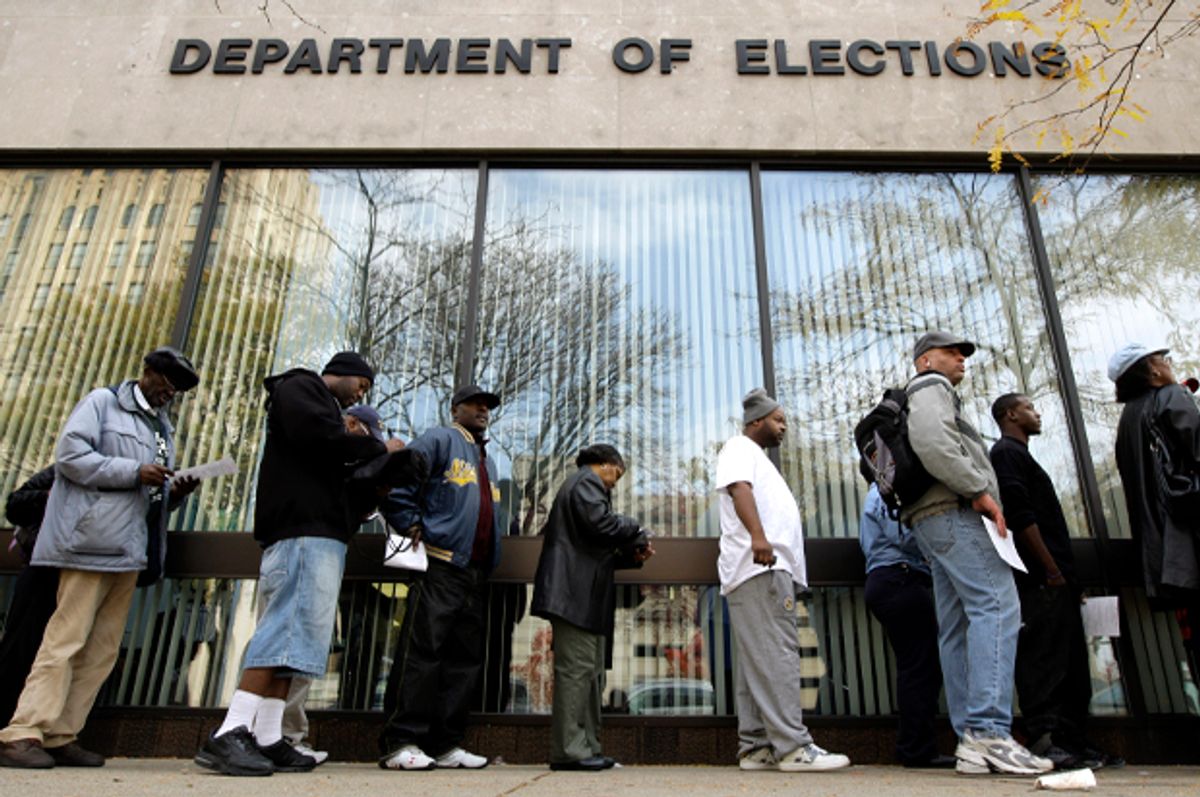 North Carolina lawmakers have been ordered by a U.S. federal court to redraw 28 state House and Senate districts and to hold a special legislative election next year after the judges struck down the state's legislative map as an unconstitutional "racial gerrymander."

A three-judge panel of the Middle District of North Carolina ruled Tuesday that the Republican-drawn legislative map had illegally packed African-American and Hispanic voters into a few districts, ruling that 28 of them were unconstitutional racial gerrymanders.

Republicans will enjoy a 74-seat supermajority in the state House and a 35-seat supermajority in the state Senate for the new session that starts in January. On Tuesday, judges ordered lawmakers to redraw certain districts by March 15, meaning those elected to the state House and Senate a few weeks ago in those districts would serve just one year, not two as expected.But according to the new court order, a new primary would be held in late August or early September – the legislature is responsible for setting the exact date – with the general election in November 2017.

"This gives the state a total of seven months from the time the districts were held to be unconstitutional, which is longer than it took the 2011 legislature to redistrict the entire state," read the order by Judges James Wynn, Thomas Schroeder and Catherine Eagles. The ruling also requires lawmakers to submit new maps to the court within seven days of passage.

An appeal of Tuesday's ruling has already been submitted to the U.S. Supreme Court, according to WRAL.

In a joint statement, Republican Rep. David Lewis and Sen. Bob Rucho blasted the ruling as a “politically motivated decision, which would effectively undo the will of millions of North Carolinians just days after they cast their ballots.”

This is a major blow to Republican control of the state legislature in North Carolina.

Tuesday's ruling is just the latest in a long line of court decisions faulting North Carolina’s legislature over its racial and partisan gerrymandering schemes.

Over the summer the Fourth Circuit Court of Appeals had found North Carolina’s state legislative districts to be so racially biased that they are forcing the state to redo its elections next year. In an 83-page ruling last summer, a three-judge panel found that Republican lawmakers' "new provisions target African Americans with almost surgical precision." While the court ruled then that 28 of the General Assembly's 170 districts were illegal racial gerrymanders, it decided that it was too late in the election cycle to redraw new maps and hold elections in November.

In the 2010 election, Democrats in North Carolina had carried the popular vote for Congress seats and won a 7-6 majority in the U.S. House delegation, under a redistricting plan that Democrats had drafted in 2001. But in 2012 while Democratic candidates won the popular vote for U.S. House candidates, the GOP ended up with nine seats compared to four for the Democrats, according to executive editor of the nonpartisan ReclaimTheAmericanDream.org, Hedrick Smith. He attributed this to a gerrymandered map drawn by the Republican-dominated legislature in 2010 with racially gerrymandered districts that led to a dilution of the power of voters of color.

Last week another federal court found Wisconsin's Republican-drawn legislative maps an “unconstitutional gerrymander” — setting up 2017 as a big year for redistricting decisions at the Supreme Court.