Ross, who has a $100 million art collection, will be in charge representing U.S. businesses 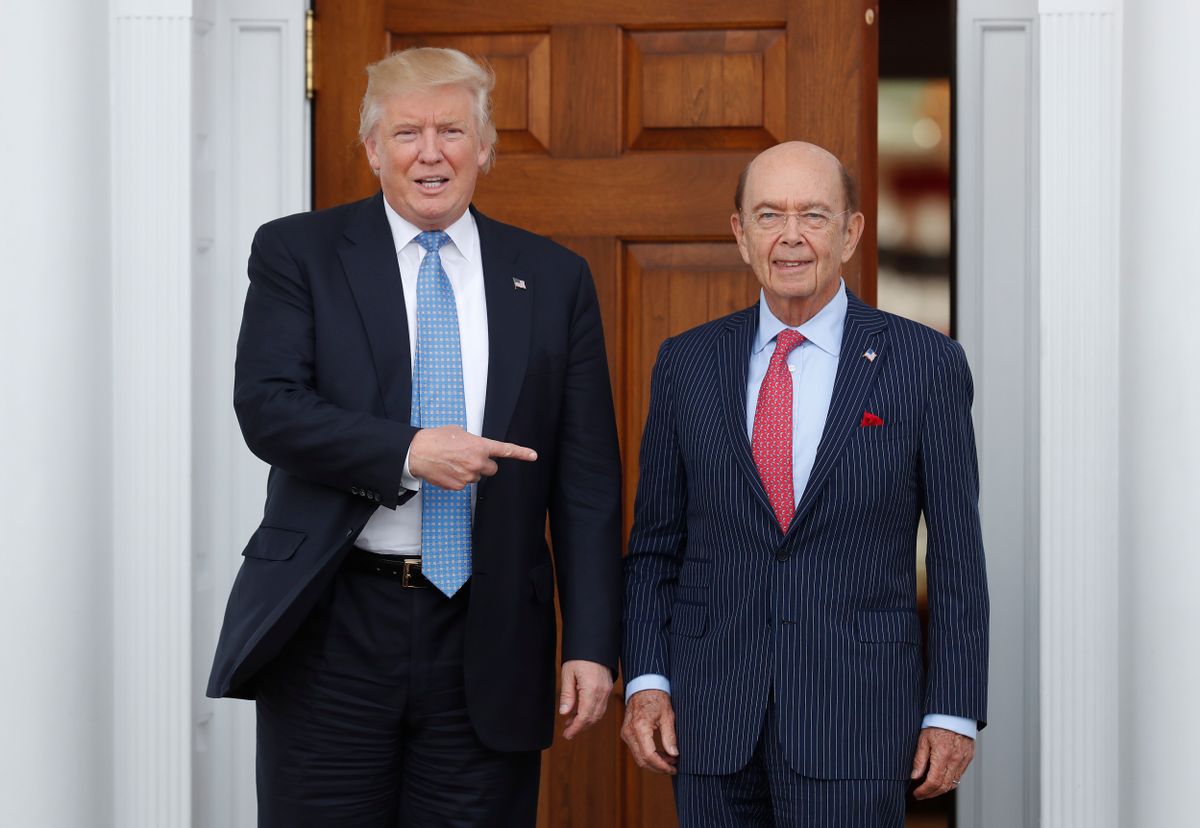 The nomination could be announced as early as Wednesday. A senior transition official, who wasn't authorized to publicly discuss the matter and requested anonymity, told The Associated Press about it last week.

Reputed by Forbes to be worth nearly $3 billion, Ross would represent the interests of U.S. businesses domestically and abroad as the head at Commerce. His department would be among those tasked with carrying out the Trump administration's stated goal of protecting U.S. workers and challenging decades of globalization that largely benefited multinational corporations.

With a Florida home down the road from Trump's Mar-a-Lago retreat, the 78-year-old Ross played a role in crafting and selling the president-elect's tax-cut and infrastructure plans. Ross has suggested that much of America is disgruntled because the economy has left middle-class workers behind and says Trump represents a shift to a "less politically correct direction."

"Part of the reason why I'm supporting Trump is that I think we need a more radical, new approach to government — at least in the U.S. — from what we've had before," Ross told CNBC in June, referring to Trump's blunt tone and sweeping promises to reinvigorate economic growth.

Despite his embrace of populist rhetoric, Ross has enjoyed a patrician lifestyle. He frequently commutes between his offices in New York and home in Palm Beach, Florida, according to Haute Living magazine. He maintains an art collection worth more than $100 million that includes works by the Belgian surrealist Rene Magritte. A graduate of Yale University, he pledged $10 million to help build its management school.

For 24 years as a banker at Rothschild, Ross developed a lucrative specialty in bankruptcy and corporate restructurings. He founded his own firm, W.L. Ross, in 2000 and earned part of his fortune from investing in troubled factories in the industrial Midwest and in some instances generating profits by limiting worker benefits. That region swung hard for Trump in the election on the promise of more manufacturing jobs from renegotiated trade deals and penalties for factories that outsourced their work abroad.

A specialist in corporate turnarounds, Ross buys distressed or bankrupt companies at steep discounts, then seeks to shave costs and generate profits. Some of those cost reductions have come from altering pay and benefits for workers. Since 2000, his firm has invested in more than 178 companies.

Ross most prominently created four companies through mergers and acquisitions that focused on steel, textiles, autos and coal. In some cases, Ross has sold the companies he packaged to even larger globe-spanning companies. In 2005, he sold the International Steel Group, which included the former Bethlehem Steel, to the Indian steel magnate Lakshmi Mittal.

And while his investments appear to have proved generally lucrative, they have also at times brought troubling publicity.

In early 2006, the Sago coal mine owned by Ross exploded, triggering a collapse that killed a dozen miners. Federal safety inspectors in 2005 had cited the West Virginia mine with 208 violations.

Ross said afterward that he knew about the safety violations but that the mine's management had assured him that it was a "safe situation."

"Oh, my God, it's the worst week of my entire life," Ross told ABC News, days after the collapse.

If confirmed by the Senate as commerce secretary, Ross would oversee nearly 47,000 employees and a budget of roughly $8 billion.

Among its responsibilities, the Cabinet-level department provides data on the economy through the Census Bureau and monitors the environment through the National Oceanic and Atmospheric Administration.

One former commerce secretary, Donald Evans, noted that a prime responsibility is opening up markets around the world for U.S. companies and workers.

"What you are is ambassador to the world from America," said Evans, who served under President George W. Bush. "It's critically important when you go to other countries that, first and foremost, you care about them, the citizens of their country."

That advice clashes somewhat with the promises made by Trump, who campaigned on the doctrine of putting "America first." The president-elect told voters that Mexico, China and other countries had played U.S. trade negotiators for fools.

"Under a Trump administration, no American citizen will ever again feel that their needs come second to the citizens of foreign countries," Trump said in April.