BULLSH**TER OF THE DAY: Bill O'Reilly, for forgetting that immigrants might possibly have jobs

The Fox News host gives it up for the working folks of Indiana, all of whom apparently came over on the Mayflower 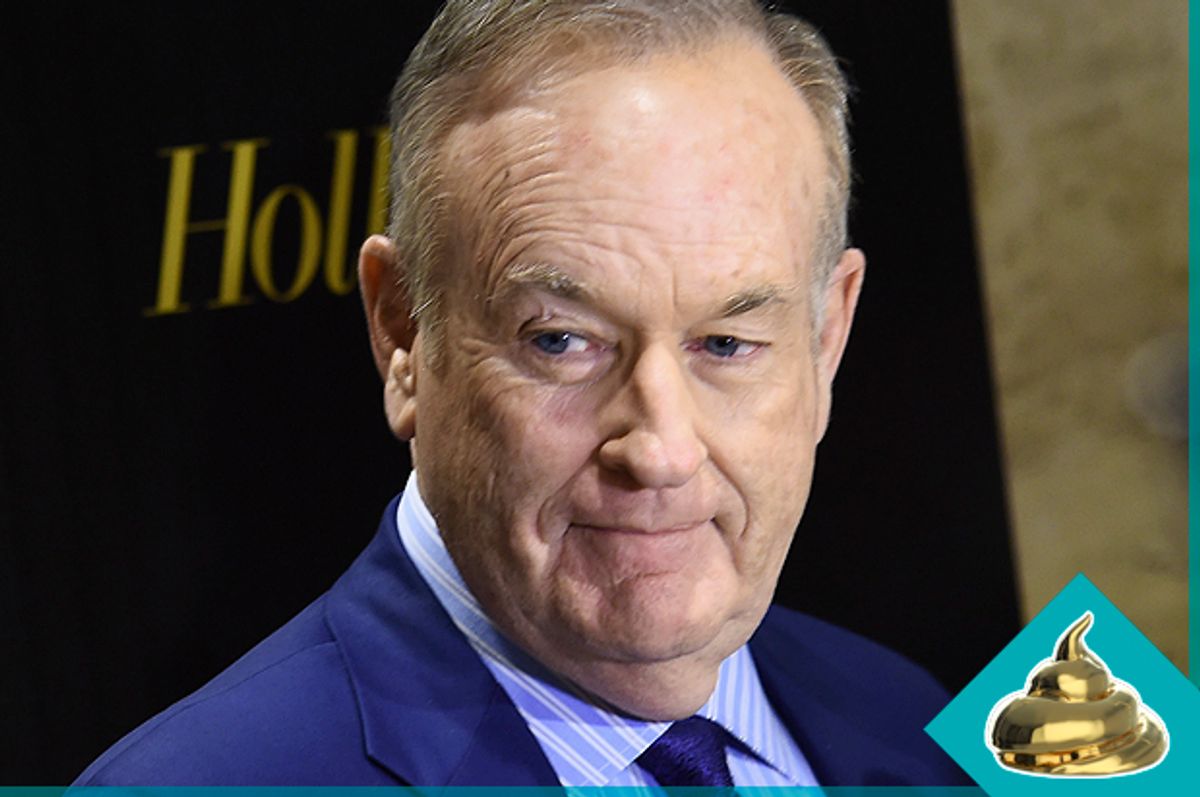 "Now, it's quite clear to Talking Points that the Obama administration and Hillary Clinton put the needs of immigrants – the needs of immigrants, some of them here illegally, above the needs of working folks. For the past 8 years, President Obama has encouraged illegal alien amnesty for certain groups, sanctuary cities, and a colossal welfare state. Meanwhile, the folks out in Indiana and other places are being laid off, because corporations want to make a few extra bucks by moving to Mexico or another foreign country."

Trump made it one of his campaign promises to convince Carrier to keep their factory in Indiana. And unlike most things he said during the campaign, it seems he's come through with this campaign promise (never mind that it's an awful precedent for bad corporate behavior or that it actually endangers other jobs). Now right-wing pundits and talking heads like O'Reilly are getting very excited about Trump's interventionism in the economy.

O'Reilly has this ability to stack multiple layers of bullshit in less than 30 seconds. So let's go slowly. Are immigrants and workers mutually exclusive categories? Most immigrants are actually ALSO workers (whose economic security is often far worse than, say, unionized workers). So, what are you talking about. Mr. O'Reilly? Now, the idea that Obama's "colossal welfare state" caused folks in Indiana to get laid off is questionable. In fact, the massive federal bailouts during the Obama administration and after the financial crisis saved an estimated 1.5 million jobs in the automobile industry. Now let's take a second to compare that number to the 10,000 jobs that Trump saved. So, again, Mr. O'Reilly, WHAT ARE YOU TALKING ABOUT.

He hosts his own 2-hour show every weekday on Fox News. So, no. Not by a long shot. Just on the topic of his never-ending Trump ass-kissing alone, there's the time he defended the president-elect by saying that he's "never seen him cast aspersions on any group.” Need I remind you that this is a man who said that Mexicans were rapists or that Muslim immigrants should be banned from entering the country?