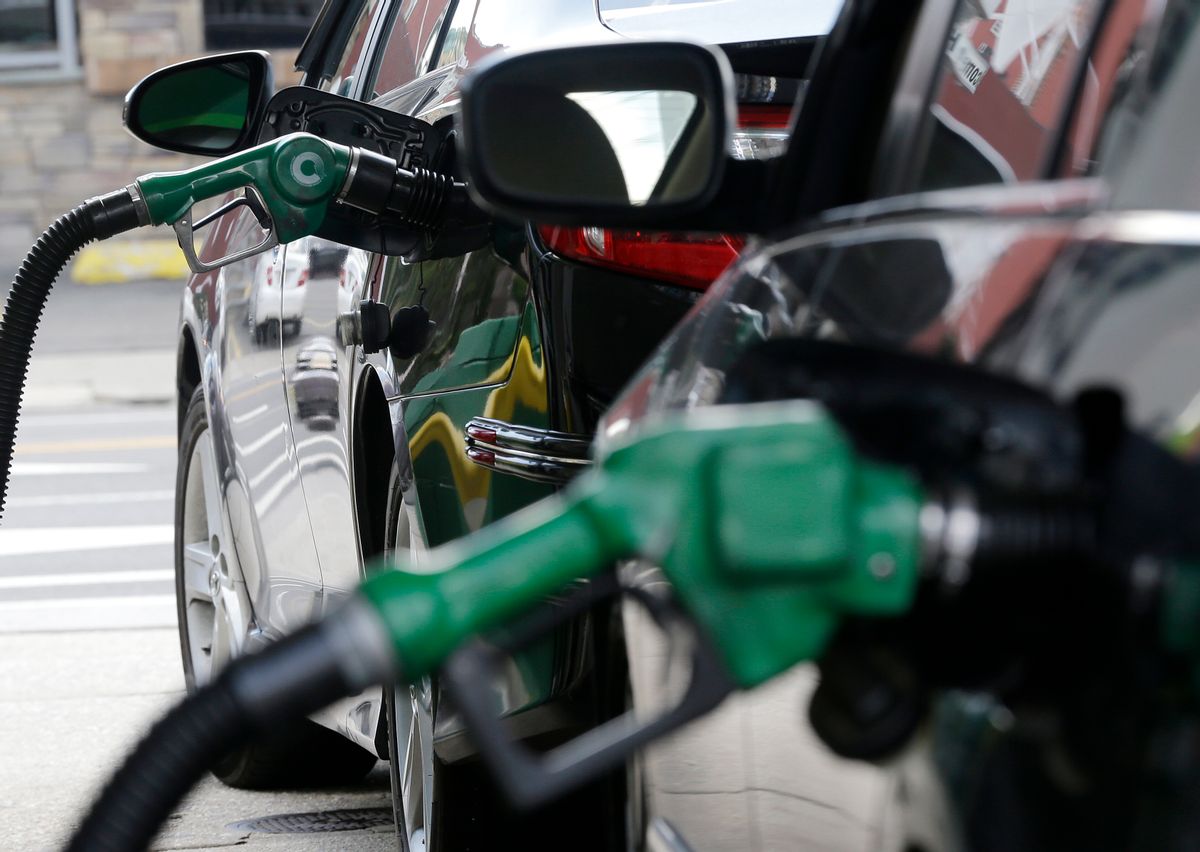 FILE - In this June 30, 2016, file photo, gas is pumped into vehicles at a BP gas station in Hoboken, N.J. The Obama administration has decided not to change government fuel economy requirements for cars and light trucks despite protests from automakers. (AP Photo/Julio Cortez, File) (AP)
--

DETROIT — The Obama administration has decided not to change government fuel economy requirements for cars and light trucks despite protests from automakers.

The decision means that automakers will still have to meet strict fuel economy requirements and that companies likely will continue building small cars and electric vehicles still even though people are buying more SUVs and trucks. The standards had required the fleet of new cars to average 54.5 miles per gallon. But there was a built-in reduction if buying habits changed, dropping the number to 50.8.

"Although EPA's technical analysis indicates that the standards could be strengthened for model years 2022-2025, proposing to leave the current standards in place provides greater certainty to the auto industry for product planning and engineering. This will enable long-term planning in the auto industry, while also benefiting consumers and the environment," McCarthy said in the statement.

The EPA will take public comments on the decision until Dec. 30. Dan Becker, director of the Safe Climate Campaign environmental group, said the agency plans to finalize the decision before President-elect Donald Trump is inaugurated in January. It's uncertain what the Trump administration will do with the requirements.

Trump has stated that he wants to end some government regulations and has said in the past that he wants to get rid of the EPA. Leading Trump's transition team on the EPA is Myron Ebell, director of the Center for Energy and Environment at the Competitive Enterprise Institute, a libertarian think tank that gets financial support from the fossil fuel industry and that opposes "global-warming alarmism." Though his academic credentials are in philosophy and political theory, Ebell is an enthusiastic denier of the voluminous scientific data that show the planet is warming and that burning fossil fuels is primarily to blame.

Becker says the standards cut oil use, save people money on gas and reduce pollution. "Numerous studies demonstrate that automakers have ample, affordable technology to achieve the program's cost-effective goals," he said.