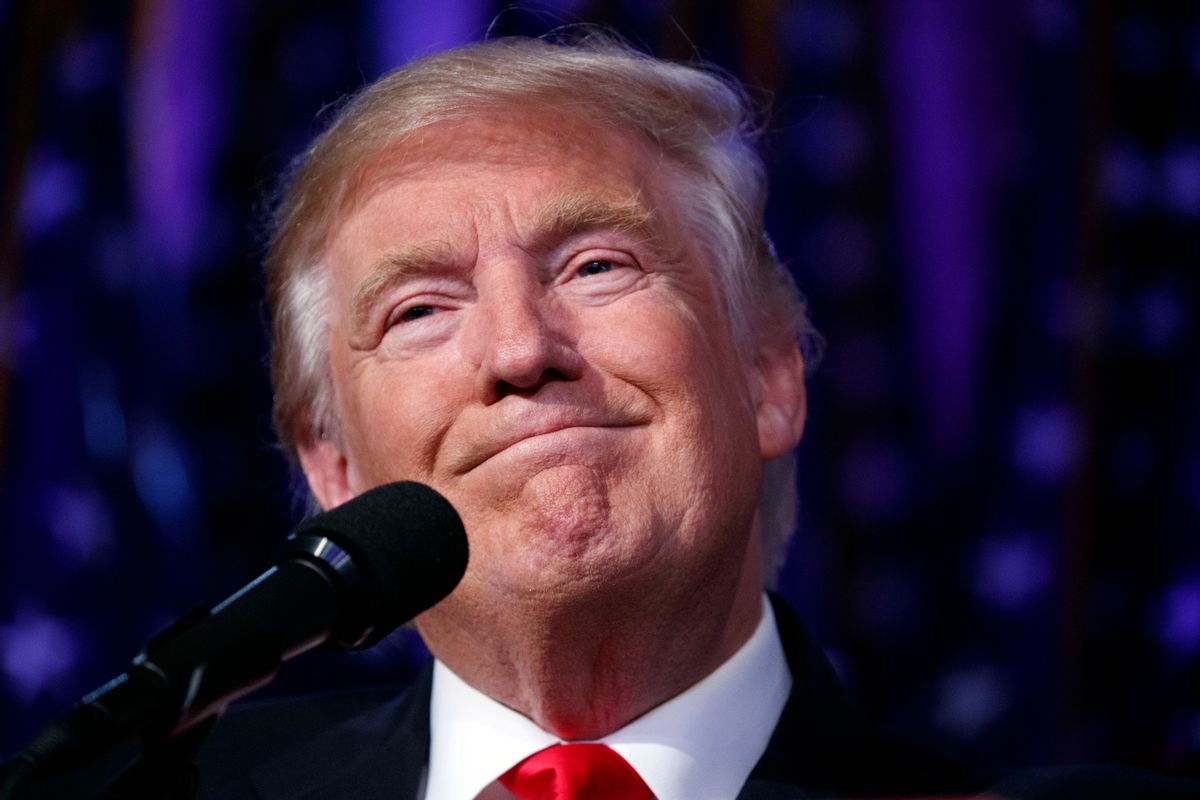 FILE - In this Wednesday, Nov. 9, 2016 file photo, President-elect Donald Trump smiles as he arrives to speak at an election night rally, in New York. Mexico is starting to seriously contemplate the possibility that millions of its migrants could be deported under the proposals put forward by President-elect Trump. (AP Photo/Evan Vucci) (AP)
--

President-elect Donald Trump may have been elected on a pledge to "drain the swamp," but the swamp creatures themselves seem pretty pleased with how he's staffing his new administration.

“I can take glee in that — I think Donald Trump conned them [Trump's populist supporters],” said hedge fund manager Whitney Tilson, who runs Kase Capital Management, in an interview with Bloomberg Markets on Wednesday. “I worried that he was going to do crazy things that would blow the system up. So the fact that he’s appointing people from within the system is a good thing.”

Tilson's delight can be traced to the fact that, although Trump ran his campaign as an outsider who would protect working-class Americans from the predations of Wall Street and the billionaire classes, Trump's nomination for treasury secretary is Steve Mnuchin, an alumnus of banking powerhouse Goldman Sachs. Mnuchin is perhaps most notorious for his management of OneWest Bank (formerly IndyMac), which he purchased in 2009.

By 2011, the so-called "foreclosure king" faced protesters on the front lawn of his Bel Air mansion. By 2015, a complaint was filed with the Department of Housing and Urban Development to investigate allegations that OneWest violated the Fair Housing Act by not placing branches in non-white communities, rarely providing mortgages to black homebuyers, and only taking measures to preserve foreclosed properties in white neighborhoods.

In short, Mnuchin seems like the exact wrong kind of person to reform Washington so that it will start caring about ordinary Americans — but he is the right man for the job if you're part of America's financial elite.

“Some say that those who elected him may be disappointed in some way,” Scott Bok, head of the boutique investment bank Greenhill & Co, told Bloomberg Markets. “But I think all those people want is a stronger economy. If tax cuts and infrastructure spending get them that, I think they’ll be happy.”