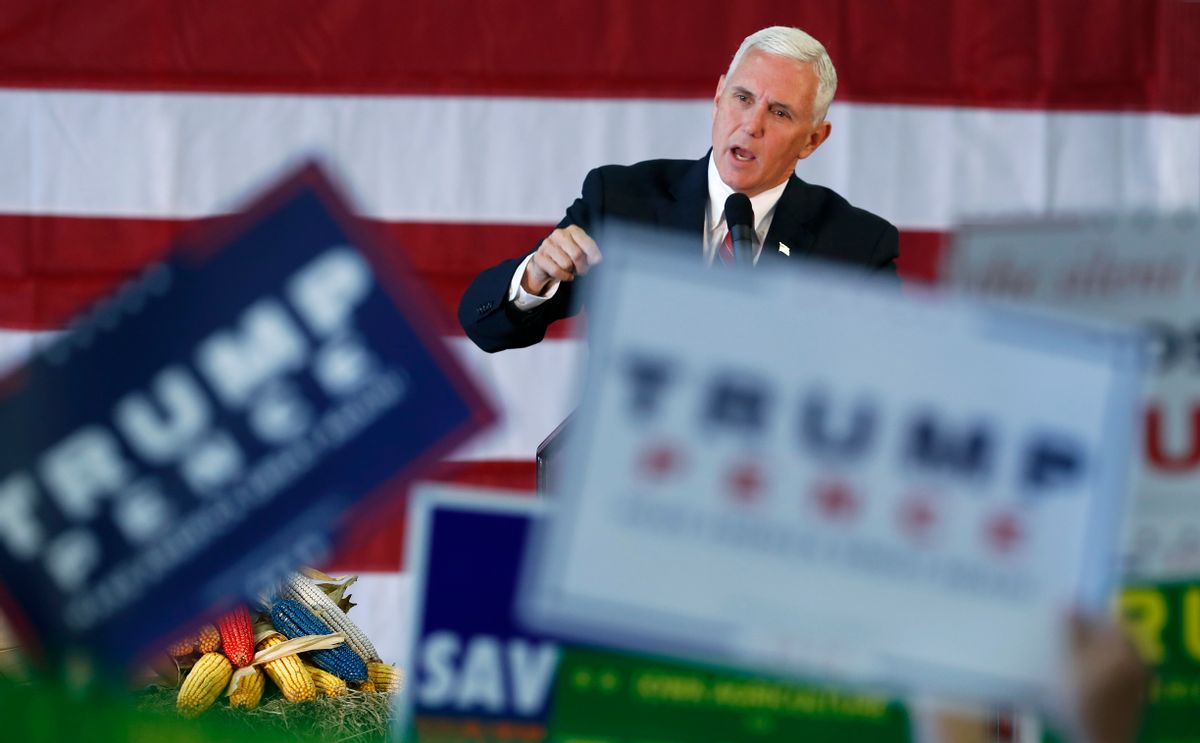 Only Vice President-elect Mike Pence can know whether he was telling the truth when he claimed that he "wasn't offended" when the cast of "Hamilton" read him a speech on behalf of "the diverse America." He may have even meant it when he said that the booing was simply "what freedom sounds like." If so, then there is hope that when he looks outside the house he is renting in Washington, and sees it lined with rainbow flags, he'll see that it's what freedom looks like.

Pence's future Washington neighbors are hanging up gay pride flags from their homes to let the notoriously homophobic politician know where they stand on LGBT equality, according to a report by WJLA-TV Wednesday.

Pence has advocated against the LGBT community on range of positions, from supporting a constitutional amendment banning same-sex marriage and signing a bill as governor of Indiana that would jail same-sex couples who applied for marriage licenses, to arguing that the Employment Non-Discrimination Act (ENDA) would discriminate against Christians and opposing funds for HIV prevention on the grounds that it would “celebrate and encourage the types of behaviors that facilitate the spreading of the HIV virus” (he instead wanted it diverted for conversion therapy).

As WJLA reported, one of Pence's neighbors, Ilse Heintzen, characterized the decision to fly the rainbow flag as "a respectful message showing, in my case, my disagreement with some of his thinking.” Although she admitted that "I have no idea what (the vice president elect) will think about," Heintzen still has "hope he will change his mind."

She also added that "this is one way that I can show my disagreement."

Mike Pence’s new neighbors in NW DC are putting up pride flags to show their disagreement w/ him https://t.co/ueHvWdt3os

#Pride flags are hanging up and down @mike_pence's new #DC street. What started it, on @NewsChannel8 @ABC7News at 10/11pm. #LGBT #LGBTQ pic.twitter.com/UwxYa3eX1y