Friday's jobs report should be strong, but historical data suggests Trump's employment goal will be an uphill fight 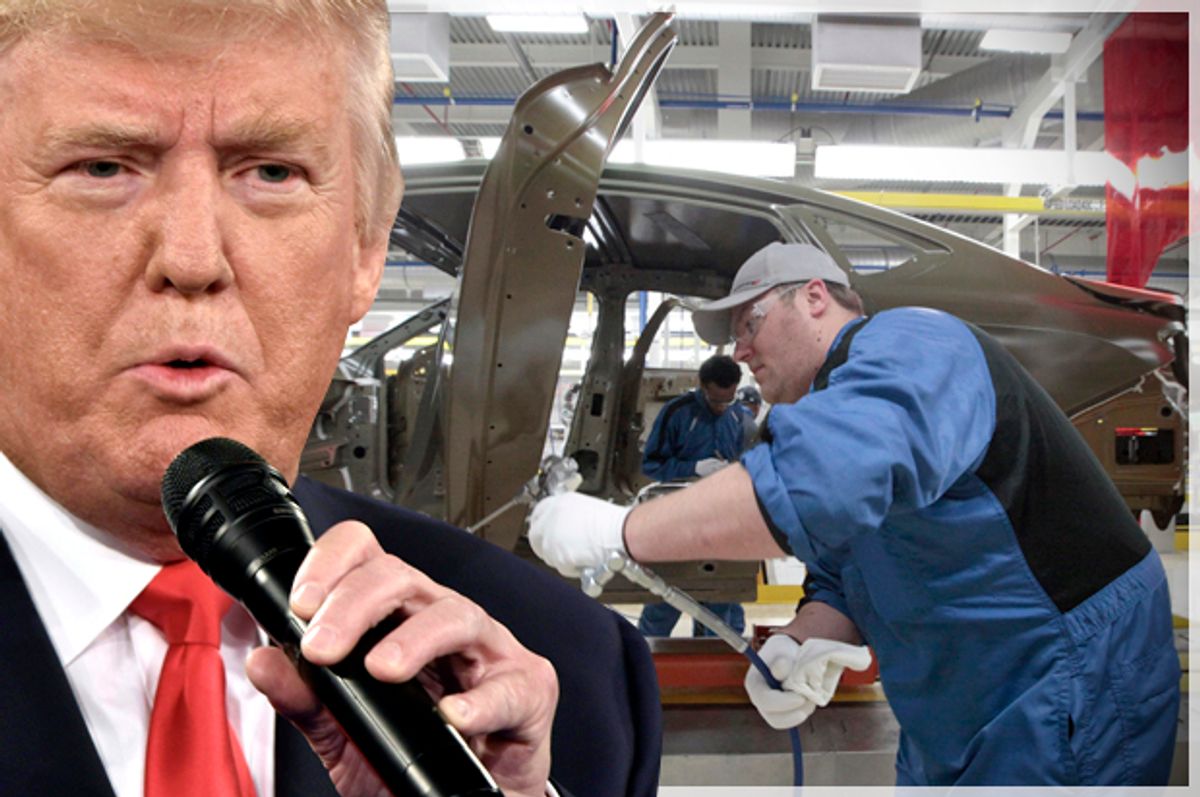 On Friday the U.S. Labor Department will release its monthly jobs report, one of the most closely tracked measures of the health of the world’s largest economy. But even if the numbers are strong, as expected, they won’t be what President-elect Donald Trump will need to fulfill his promise of creating an average of 208,000 jobs a month over the next decade.

November’s numbers will face particularly intense scrutiny as investors look at the last snapshot of unemployment and wages before the Federal Reserve raises, as widely expected, its key interest rate for a second time in a decade. The slight increase in borrowing costs that most investors expect to happen on Dec. 14 won’t be a big deal for average Americans, just as it wasn’t when the Fed raised rates last year. The rate increase will be so slight that many consumers won’t feel this hike on their credit card interest rates, car loans or student loan payments.

For the average American, what matters in this and any other monthly jobs report is whether private-sector employers are increasing or decreasing their rate of hiring and if they are facing pressure to increase wages to attract and keep workers.

According to Wall Street estimates of Friday’s number, U.S. businesses have added 180,000 jobs to the U.S. economy last month, maintaining the unemployment rate at 4.9 percent. That’s above the 40-year average for November, of 165,000, according to U.S. Bureau of Labor data, and well above the 145,000 The Wall Street Journal has estimated is needed in any month to absorb new workers into the labor force.

But for Trump to meet his vow, the progress in jobs growth the country has experienced since 2010 won’t be enough.

The jobs report comes two days after Trump announced he secured a deal to preserve 1,000 jobs at a Carrier air conditioner plant in Indiana, in part with promises of lucrative corporate tax breaks. Trump will need to do a lot more than preserve some factory jobs with such incentives in order to kick-start the unprecedented spurt of job creation he’s pledged.

The president-elect has promised to create 25 million jobs over the next 10 years or an average net increase of 208,000 jobs a month. But a Salon analysis of government jobs data shows that Trump wants to do something the American economy has never done before — and it only came close to that during the years of President Bill Clinton.

The U.S. economy generated a monthly average net increase of 208,000 or more jobs in only 25 of the past 75 years. Clinton ended his administration with an average monthly job-creation rate of 239,000, the highest of any president since records began in 1940. Nearly 23 million private-sector jobs were created during Clinton’s eight years, but the early 2000s recession, coupled by weak jobs creation before and after the Clinton administration, slowed such growth.

Regardless of who is president, recessions happen. The longest period of time the U.S. economy has gone without economic contraction has been about 10 years, and many economists believe that the next recession will take place sometime in the next four years. Or the U.S. is going to see an unprecedented period of economic expansion. Either way, historical data suggests it’s extremely unlikely that Trump will generate the kind of strong jobs growth that typifies recovery periods that follow recessions.

After President Barack Obama entered the White House amid the worst economic crisis since the Great Depression, the country has created about 15 million jobs since 2010. That strong growth came after the country lost a record 5 million jobs in 2009 in the wake of the Great Recession. Including 2009, the country has generated an average of 117,000 jobs during Obama's tenure; if that year is excluded, the average rises to 185,000 — or right about where Wall Street expects November’s number to stand when the jobs report is released on Friday morning.

President-elect Trump has been touting his pledge to do something none of America’s great 20th-century leaders were able to do. But unless he’s figured out how to smooth the natural ebb and flow of national economic activity — periods of growth followed by periods of contraction, followed by periods of recovery — his job-creation pledge will very likely wind up being a broken promise.