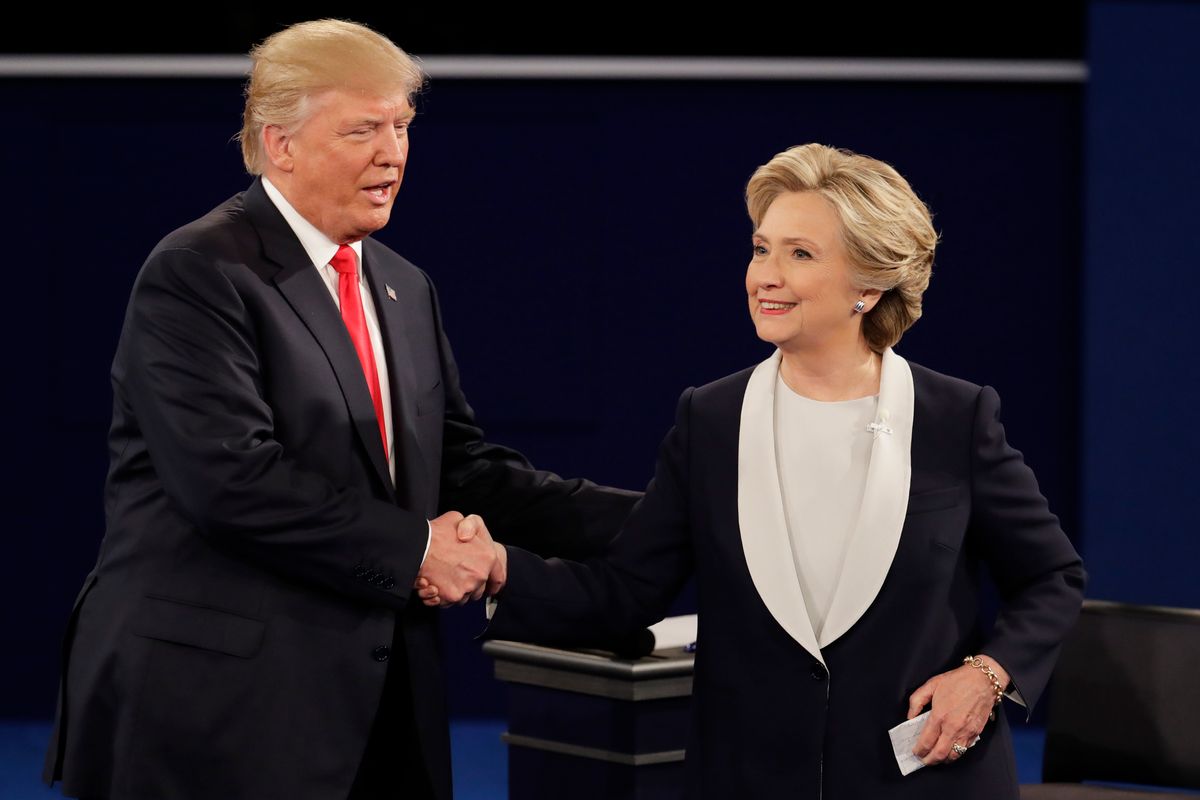 While Donald Trump may have become president-elect because of the Electoral College tally, not all the individual electors are going to accept his victory without protest.

As The Denver Post reported on Wednesday, a group of electoral college voters from Colorado dubbed themselves the "Hamilton electors" and filed paperwork on Tuesday with the Colorado Secretary of State to create a 527 group, allowing them to raise unlimited amounts of donations from individuals, corporations and labor unions. Their goal? To convince as many Republican electors as possible to defect from the Trump camp. If enough are swayed to do this, they would either cause a deadlock in the Electoral College (throwing the election to the House of Representatives) or result in the election of an entirely different candidate.

“I was opposed, actually, to raising money because I would prefer to just have this done organically,” said Michael Baca, the Colorado Democratic elector who filed the 527 organization paperwork, in an interview with The Denver Post. “But we’ve had people throwing money at us through our website.”

In order for the movement to be successful, however, it will need to convince 37 Republican electors to abandon Trump for Hillary Clinton or a third-party candidate — enough to push Trump's total number under 270, the threshold he must pass to legally become president. Similarly, the challengers could achieve somewhat of a symbolic victory by convincing as many Democratic electors as possible to abandon Clinton and instead register a protest vote by submitting a ballot for a moderate Republican.

Because 29 states have laws binding electors to the candidate who wins the most votes in their state, however, it is very unlikely that the Hamilton Electors will achieve more than a handful of symbolic victories.

Even worse for Baca, he has had success with only roughly half-a-dozen electors so far, including four Democrats in Colorado and at least two in Washington. He claimed to have received a commitment from one anonymous Republican and is in talks with four others, leading him to suggest that "we might just roll out a press conference with five Republicans."

Perhaps the most intriguing of the Hamilton Electors is Democrat Levi Guerra from Washington, who at 19 years old isn't even old enough to legally drink and less than half a century ago wouldn't have been old enough to vote.

“I stand behind Hamilton electors,” Guerra said in a statement to The Guardian on Wednesday. “I promised those who elected me that I would do everything I could to keep Donald Trump out of office.”

Because the state of Washington was won by Clinton, Guerra will need to cast a vote for a moderate Republican in order to protest Trump, which means Clinton will receive one less electoral vote.

“I’m only 19 and this is my first time being involved in politics, but I hope that my willingness to put my country before my party will show that my generation cares about all Americans,” Guerra added.

The Hamilton electors aren't the only Electoral College voters who are posing a challenge to Trump's election. Art Sisneros, a Republican elector from Texas, resigned from the Electoral College on Saturday on the grounds that he views Trump as morally unfit to be president.

"Voting for the nominee of our party, Mr. Trump, is certainly what the vast majority of Republicans are urging me to do," Sisneros wrote. But he observed he has yet to find anyone who answered his first article, published on Nov. 7. "They don’t make the case that Trump is indeed biblically qualified."

Sisneros argued in his original article that "it seems clear to me that God both calls me to vote and directs me to only vote for men who fear Him and are just according to God’s law. He doesn’t expect or allow me to add to his qualifications and seek for perfection. He also doesn’t hold me accountable for all the sins that these qualified men commit once in office.

Added Sisneros: "He does, however, give me clear commands for who is qualified and expects me to be obedient with my calling as a voter.  Therefore, I can not in good conscience vote for Donald Trump for President."