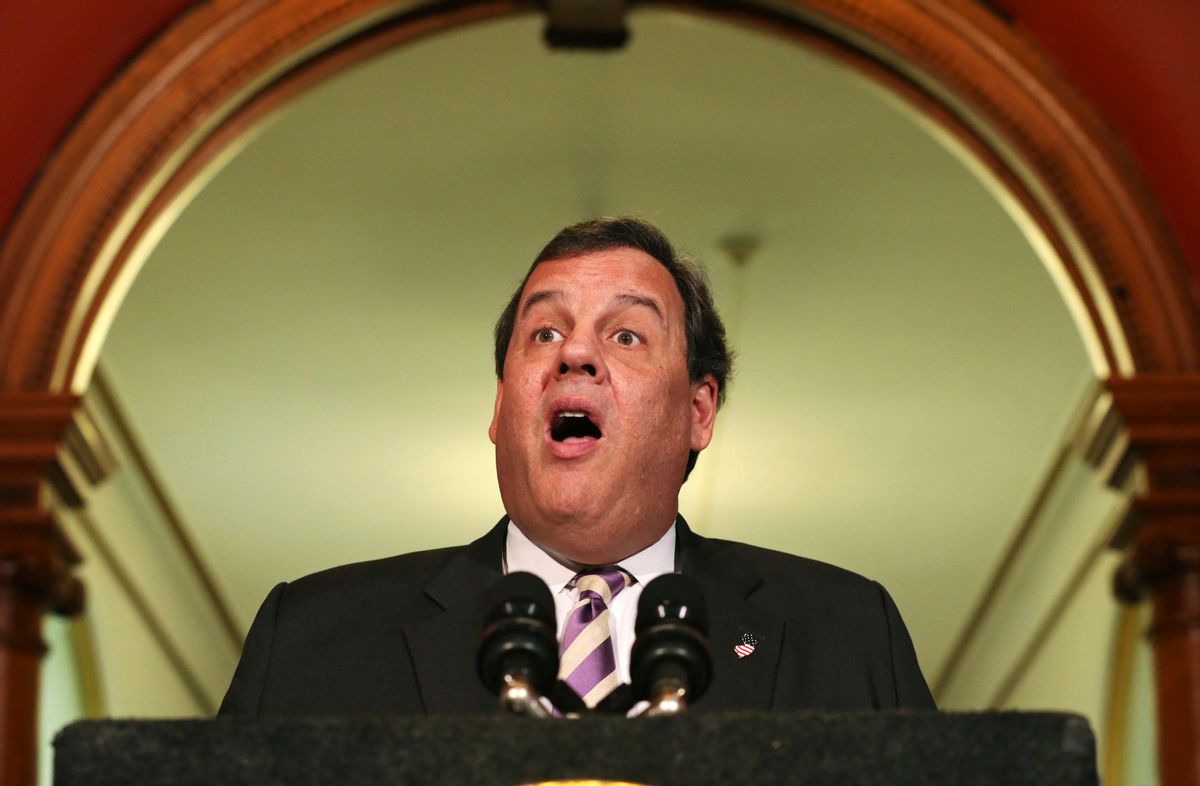 New Jersey Gov. Chris Christie may be out of the running for any spot in President-elect Donald Trump's Cabinet, but it appears that he has his eyes on another prize— the chairmanship of the Republican National Committee.

According to a Politico report on Thursday, Christie has been telling senior members of President-elect Donald Trump's transition team that he would like to be appointed to the post, which is currently occupied by Reince Priebus, Trump's incoming White House chief of staff. In addition to being an early and loyal supporter of Trump's candidacy after ending his own campaign in February, Christie is arguing that his experience chairing the Republican Governors Association and extensive connections with party donors makes him an ideal fit for the position. Perhaps most importantly, Christie wouldn't need congressional approval to fill the RNC post, meaning that the Bridgegate scandal would be less damaging to his chances.

That said, Christie's prospects may be damaged by his deteriorating relationship with the Trump transition team. He was replaced by Vice President-elect Mike Pence as the head of the transition team last month, with some insiders claiming it was because Christie oversaw the process in a chaotic way that involved too many of the very lobbyists that Trump had railed against. Others argued that it was because of the influence of Trump's son-in-law Jared Kushner, who some speculate has a vendetta against Christie due to the latter prosecuting Kushner's father back when he was a U.S. Attorney.

Steve Bannon, one of Trump's chief strategists, has joined donor Rebekah Mercer in encouraging the selection of Mercedes Schlapp, a former official for the George W. Bush administration. Pence himself has backed Nick Ayers, a Georgia-based political operative who talked with Pence frequently throughout the campaign. RNC official Matt Pinnell and Washington lobbyist David Urban are also frequently discussed as possibilities.