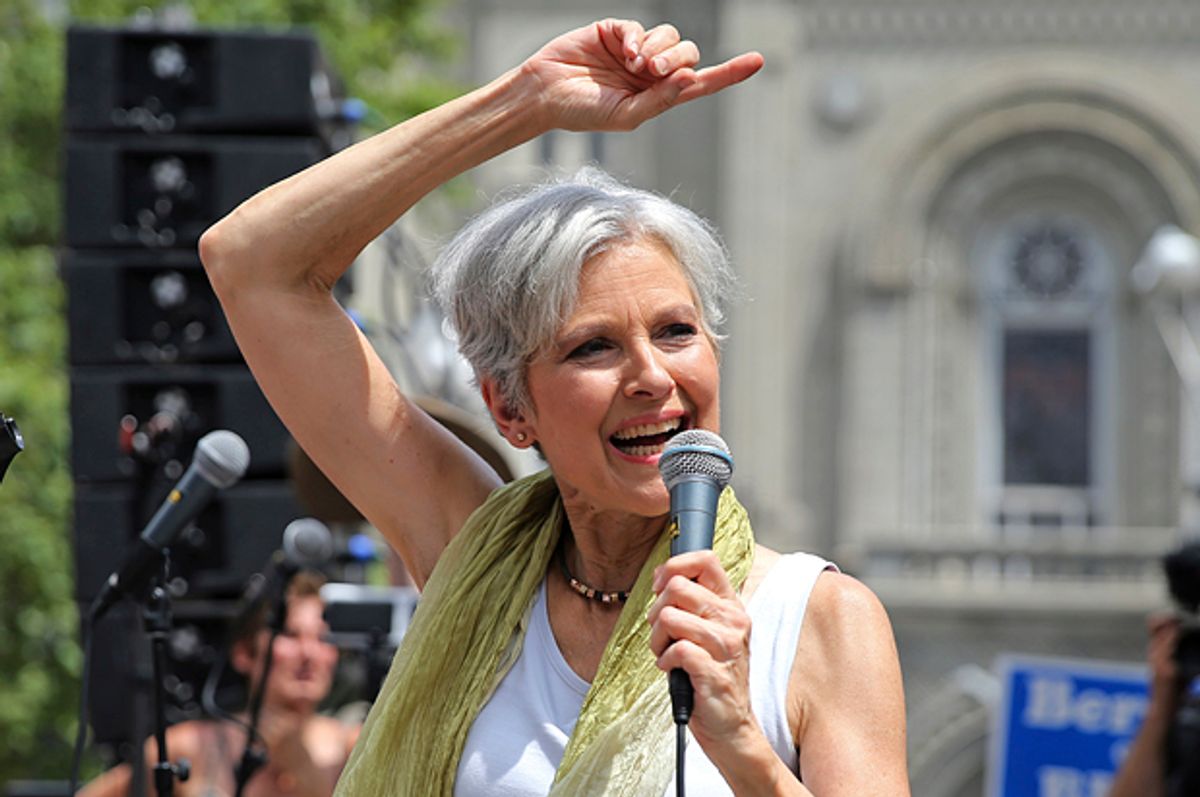 Jill Stein speaks during a rally outside the Democratic National Convention in Philadelphia, July 26, 2016. (Reuters/Dominick Reuter)
--

For those who worried that insufficient liberal support for Hillary Clinton would wind up electing Donald Trump, you were right.

According to a tweet from Cook Political Report's Dave Wasserman on Thursday, the margin of difference separating the president-elect from his Democratic opponent Hillary Clinton in the three  "Blue Wall" states — Pennsylvania, Wisconsin and Michigan — was less than the total number of votes received by Green Party nominee Jill Stein in each of those states:

Although Trump won the election with 306 electoral votes, Pennsylvania has 20 electoral votes, Michigan has 16 electoral votes, and Wisconsin has 10 electoral votes. This means that, if the Stein voters in those three states had all supported Clinton instead of Trump, the Republican candidate would have only received 260 electoral votes — 10 shy of the minimum necessary to become president. According to Cook Political Report's latest popular vote tally (last updated on Friday as of this article), Clinton received 65,250,267 votes (48.1 percent), while Trump received only 62,686,000 (46.2 percent).

Stein's status as a "spoiler" is yet another parallel between the 2016 presidential election and the 2000 presidential election. On both occasions, a comparatively centrist Democrat with close ties to the popular Bill Clinton presidency won the popular vote while losing in the Electoral College. On both occasions, left-wing concerns about the establishment favorite's centrism prompted a run by a left-wing challenger in the Democratic primaries (Bill Bradley in 2000, Bernie Sanders in 2016) and helped energize the Green Party candidate in the general election (Ralph Nader in 2000 and Jill Stein in 2016).

And although Stein only received roughly one-third of Nader's share of the popular vote (roughly 3 percent for Nader compared with roughly 1 percent for Stein), both Green Party candidates managed to make up the difference between the victorious Republican and the defeated Democrat in enough swing states to theoretically decide the election (New Hampshire and Florida for Nader in 2000 and the three "Blue Wall" states in 2016).