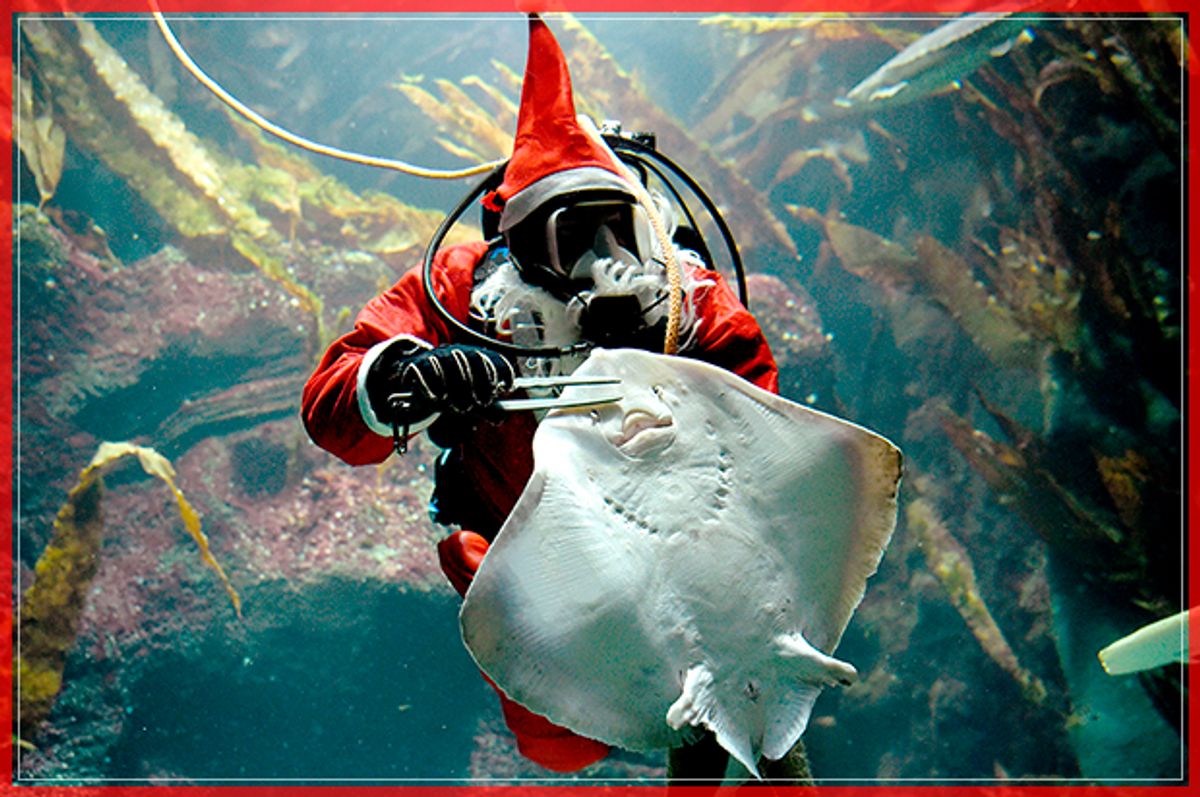 Marina Bay, Singapore   Roslan Rahman/Getty
The third-edition of the Christmas Wonderland spectacle at the Garden by the Bay premiers in Singapore

I'm not ready for Christmas yet. I'm just not ready for the strings of colorful lights, like the ones above at Singapore's Christmas Wonderland, to become ubiquitous once again. I'm not ready for the pageantry and excessive consumerism. But I am ready for a break and to mark the end of 2016. So, I guess I should be happy that I've already attended my first holiday party -- even if it was only one week after Thanksgiving! He was tired of the American election too. I wonder if the players in the Dubai Sevens were expecting to see a couple of Coachella-inspired Whos from Whoville in the crowd this year. This could be one of 100 bizarre things, including a New Yorker cartoon come to life. But it's actually something pretty straightforward. This is the Multimar Wattforum, a German aquarium, where an aquarium worker in a, uh, Santa Clause uniform, feeds a ray. Got it?