Republicans have the solution for the post-Obamacare repeal crisis: Bailouts!

Faced with the problem of a giant crater in the health insurance marketplace, the GOP wants to throw money into it 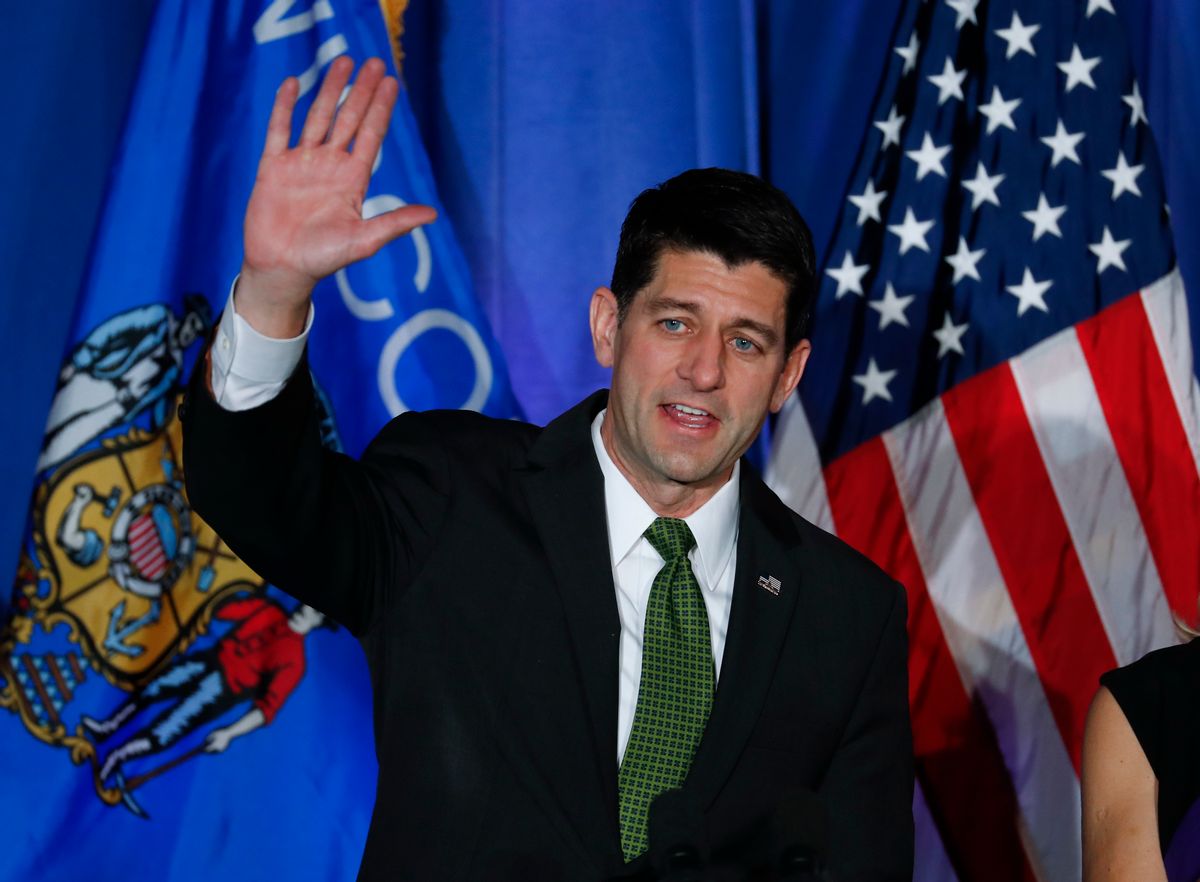 Republicans are be determined to pass an Obamacare repeal bill as soon as Donald Trump becomes president in January, but after that, everything seems to be up in the air. And so, in true free-market fashion, they're prepared to give the health insurance industry a massive bailout to counter the problems they're going to create.

Republicans in congress are talking to health insurance companies, The Hill reported Thursday, hoping that they can prevent a collapse of the insurance market if and when they repeal the Affordable Care Act.

The idea is for the Trump administration to pay any insurance companies that suffer heavy losses as a result of Obamacare's repeal. This approach may prevent premiums from rising and patients from being dropped by their plans (maybe), but it would certainly be viewed as a bailout to insurance companies — one of the very charges Republicans made against President Obama when he was trying to pass the Affordable Care Act.

If Congress repeals the Affordable Care Act, millions of American's coverage may be disrupted quickly. There's also a strong possibility that insurers will leave the current system as soon as the repeal passes, lacking any financial incentive to stay. This, in turn, could significantly reduce the quality of insurance available to the 10 million Americans currently enrolled in the system.

Although Republicans are currently trying to work out policies that will assuage insurers' financial concerns during the interim period between Obamacare's repeal and its replacement, no solutions have been worked out.

Despite these concerns, early reports indicate that House Speaker Paul Ryan is going full speed ahead with his Obamacare repeal plan, concerns be damned.

“We’re talking about a three-year transition now that we actually have a president who’s likely to sign the repeal into the law. People are being, understandably cautious, to make sure nobody’s dropped through the cracks,” said Senate Majority Whip John Cornyn, R-Texas, told Politico Tuesday.

House Majority Leader Kevin McCarthy, R-California, made a similar point. “I think once it’s repealed, you will have hopefully fewer people playing politics and [instead] coming together to try to find the best policy," McCarthy said, before adding that "a date certain that something’s going away . . .  you know you have to have something done."