Identity politics vs. populist economics? It's a false choice – liberals need to look in the mirror

Economic justice and civil rights are not separate; the issue isn't "identity politics" but liberalism's failures 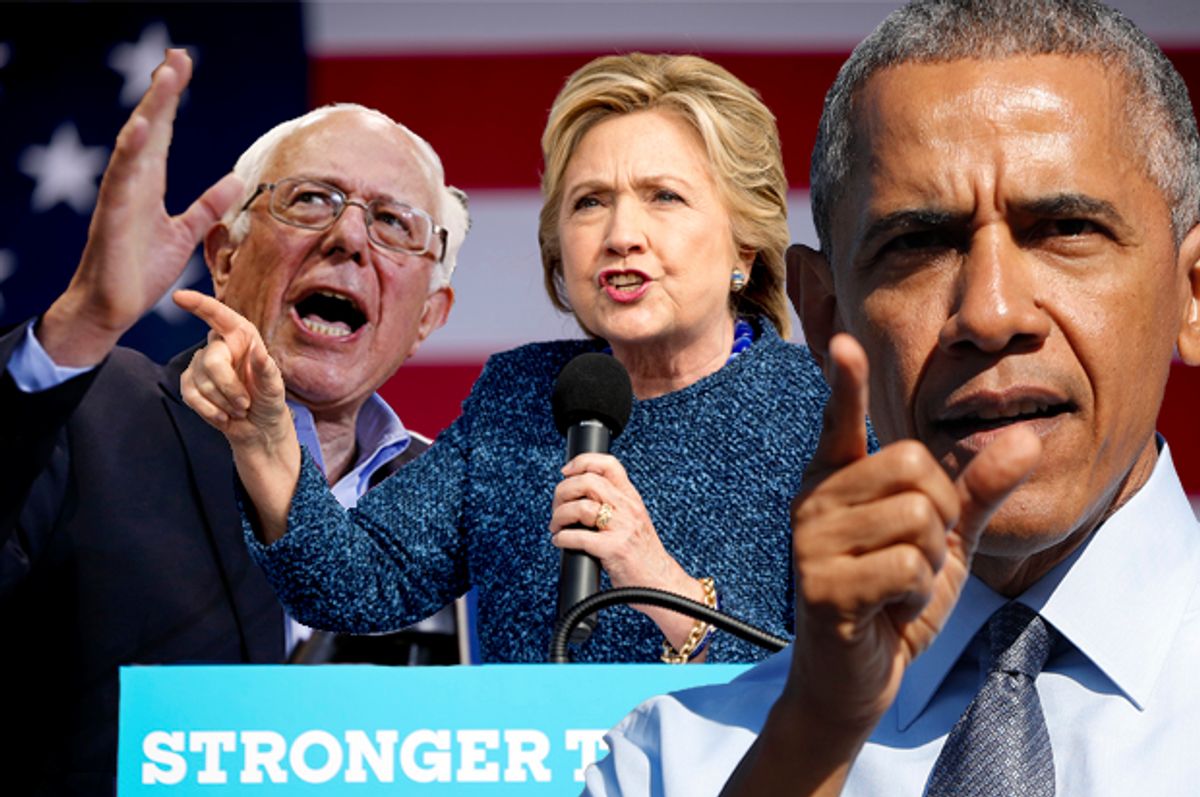 For many Democrats, the fact that the Obama years have ended with one of the biggest party implosions in American history — and not the implosion of the Republican Party, as most had anticipated — remains a difficult reality to accept. Thanks to the Democratic Party’s historic collapse, Republicans will soon have complete control of all levels of government in the United States: All three branches of federal government, a large majority of state legislatures and an even larger majority of state governorships.

Facing this bleak reality, one would expect Democrats to quickly take a step back for some reflection, if only to figure out how to start winning elections again. As the country braces for a Trump presidency, it is absolutely critical that Democrats accurately assess what happened last month and learn the right lessons.

Unfortunately, many Democratic partisans have taken another approach; one that is all too familiar. As The Intercept’s Glenn Greenwald reported last week:

Democrats have spent the last 10 days flailing around blaming everyone except for themselves, constructing a carousel of villains and scapegoats — from Julian Assange, Vladimir Putin, James Comey, the electoral college, “fake news,” and Facebook, to Susan Sarandon, Jill Stein, millennials, Bernie Sanders, Clinton-critical journalists, and, most of all, insubordinate voters themselves — to blame them for failing to fulfill the responsibility that the Democratic Party, and it alone, bears: to elect Democratic candidates.

There is plenty of blame to go around, of course, and some of the scapegoats that Greenwald lists probably did have some impact, albeit minimal, on electing Trump. But when one looks at this year’s election objectively — not just at the Democratic Party’s failure to stop Trump, but at its failure to retake the Senate or make any gains at the state and local levels (Republicans now control 33 governorships and 32 state legislatures) -- one has to be delusional not to recognize that the party itself is primarily responsible for this implosion.

Donald Trump — whom the majority of Americans view unfavorably and consider unqualified to be president — was a gift to the Democrats, and his nomination should have led to an easy electoral triumph. Instead, they nominated one of the most flawed candidates in history, and ran as an establishment party during a time when most Americans were practically begging for anti-establishment politics. As Trump’s loathsome chief strategist Steve Bannon recently put it: “Hillary Clinton was the perfect foil for Trump’s message. From her e-mail server, to her lavishly paid speeches to Wall Street bankers, to her FBI problems, she represented everything that middle-class Americans had had enough of.”

Trump’s victory was all the more depressing for progressives who had warned about the risk of nominating an establishment candidate with almost endless political baggage (in a season of angry populist politics, no less). During the Democratic primaries, these criticisms were either dismissed by establishment Democrats or critics were bitterly attacked for pointing them out. Recall back in February, for example, when Hillary Clinton implied that her progressive opponent, Sen. Bernie Sanders, was sexist for claiming that she represented the establishment: “Sen. Sanders is the only person who I think would characterize me, a woman running to be the first woman president, as exemplifying the establishment.”

Though Clinton did not explicitly call Sanders sexist, her campaign was eager to paint the senator and his supporters as misogynists who opposed Clinton solely because she was a woman. The “Bernie Bro” narrative — which portrayed Sanders supporters as a bunch of white sexist frat-boy types, harassing women and people of color online — was propagated by the Clinton campaign and sympathetic journalists. It was also discredited time and again, particularly by the fact that the Sanders-Clinton split was more of a generational divide than anything else — as evinced by Sanders’ 37-point advantage among millennial women (ages 18 to 29) across 27 states and his popularity among younger black and Hispanic voters.

The kind of self-serving identity politics that we saw from the Clinton camp during the Democratic primaries leads into what has been the most contentious debate among Democrats and progressives since the election: Whether the party has become too preoccupied with the politics of identity and political correctness, while straying too far from a class-based politics that addresses the structural inequities of capitalism. Not surprisingly, the debate has been full of deliberate misinterpretations.

Consider how various news outlets reported on comments made by Sanders on his book tour last week while discussing diversity in political leadership. “We need diversity, that goes without saying,” noted Sanders, who was responding to a question from a woman asking for tips on how to become the second Latina senator, after this year’s election of Catherine Cortez Masto in Nevada. “But it is not good enough for someone to say, ‘I’m a woman, vote for me.’ That’s not good enough. What we need is a woman who has the guts to stand up to Wall Street, to the insurance companies, to the drug companies, to the fossil fuel industries.”

From this comment, the New York Times reported that Sanders had said “Democrats need to focus more on economic struggles and less on the grievances of minorities and women,” while the popular liberal website Talking Points Memo posted the misleading headline: “Sanders Urges Supporters: Ditch Identity Politics And Embrace The Working Class.” These reports are both founded on a false dichotomy pitting economic justice and civil rights against each other. This was also illustrated by a tweet from the Times shortly after the election:

It is extremely troubling that appealing to young people, people of color, women and working-class whites is perceived as an either/or question, or that “economic struggles” and the “grievances of minorities and women” are seen as mutually exclusive. In reality, economic struggles and civil rights are deeply interconnected. Women and people of color, for example, are much more likely to suffer disproportionately from poverty and economic inequality, while young voters who care deeply about social issues are currently facing crushing student loan debt, a subpar job market and low social mobility.

This illustrates the real problem with modern liberalism. Not that it is too preoccupied with promoting diversity or ending all forms of discrimination — there is really no disagreement on the left that these are vitally important goals — but that these efforts and achievements are often used to mask or divert attention from the deeper structural problems of our economic and political systems.

The fact that Goldman Sachs has been a leader in promoting diversity and inclusivity in its workforce, for example, should not comfort anyone when the same firm committed massive fraud leading up to the financial crisis and is still led by the same CEO, who recently entered the billionaire’s club. When Hillary Clinton gave her notorious $225,000 speeches for Goldman Sachs, it is reported that she lavished praise on the firm's diversity and the prominent roles played by women in its internal hierarchy. She did not, however, talk about Goldman's role in exacerbating the financial crisis or the way the firm committed massive securities fraud and reaped billions of dollars in profit, let alone the fact that none of the firm's top executives faced any criminal prosecution for their misdeeds.