Johnny Marr returns: "I was an 18-year-old guitar player ... I wanted to be modern"

The great guitarist talks about his favorite writers, his years with the Smiths, and the influence of Bert Jansch 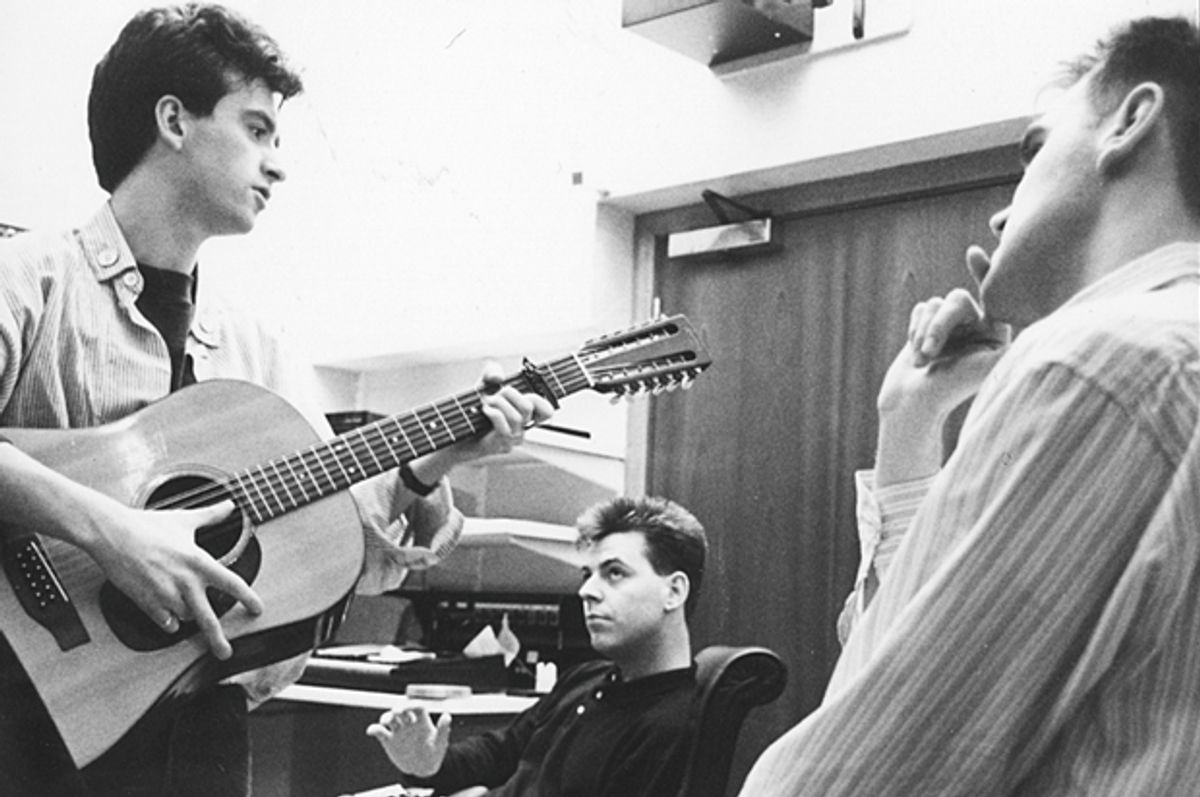 Johnny Marr, best known for his years as guitarist for the seminal English band the Smiths, came out this month with a memoir called “Set the Boy Free.”

What follows is the second part of a conversation with Marr during his visit to Los Angeles to support the book. (The first part is here.) The interview has been lightly edited for clarity.

So you’re best known as a guitarist, and while you’ve written a lot of enduring songs, my sense is that you are mostly providing the music and not the words. But the book really reads like someone who’s done a lot of reading and has a real facility with writing, though it’s not showy the way some musician’s memoirs are. I wonder if you had models for the book, or if there are poets or authors who over the years have meant something to you.

I was 11 or 12. And then quite soon I was hanging out in these bookstores on the weekend, that sold records. And just browsing through the paperbacks in the ’70s — I started to look at these books by [William S.] Burroughs and [H. P.] Lovecraft and [J. G.] Ballard. All that underground culture. And of course I had no idea really what was being said, but I still really liked, clicked with the speed at which Burroughs was throwing out all these ideas.

That really got me into the Beats.

One thing I get into in the book: When the Smiths broke, and having a little bit of money for the first time in my life, I was able — along with getting myself a new guitar — to get myself some books. And I took advantage of that by getting into Truman Capote, and a lot of books about film, really. That’s what I was into in The Smiths days. A big thing for me around that time was just finding out about Tennessee Williams; that was going on behind the scenes for me, on the road.

When it came to being an adult, the biggest influences on me, what impressed me most, were essayists. So when it came time to write my book, I knew that the name of the game was to be authentic, so your own voice lifts off the page. But you do need some kind of stylistic direction. And I think you’re right — a lot of musicians’ memoirs I’ve read can tip over to purple prose, and being too flowery. The first person I ever aspired to write like was Joan Didion, I guess.

Really boiled down and dry, right?

Yeah — boiled down, and pithy. Some of the sentences are really long, and then she’ll throw a curveball in. And be really, really matter of fact. So a couple of months, I guess, into the process of writing, I found that I was looking at a few pages and trying to impose that kind of style on it. I just closed my eyes and hoped for the best.

I love Aldous Huxley’s essays. And I love Susan Sontag’s essays, too. And the journals are kind of cool as well.

Both L.A. people. Huxley was English, obviously, but he settled here for the end of his life and wrote important stuff here.

So I wonder if you could pick a moment, from both the Smiths period or the post-Smiths period. Whether an album, a song, or just something you have great memories of or feel a lot of pride around.

Oh, right! I guess one important thing that comes to mind straight away is recording "The Messenger" album — my first solo album. I went into that, and the songs just poured out. I ended up making two records and running into what became the second record. So I think of those records as a pair, and put together a really good band. And it was a really good positive time. And really fucking exciting to throw out songs and have it all work out. The popularity of the song “New Town Velocity.”

And I can’t not put in “Inception,” as well. Working on a film with such great music [by Hans Zimmer] -- that was a really nice experience. Chris Nolan is a great director.

And I guess really from the Smiths period, I guess the time I have the most affection for would be when we were writing the early hits and got into the early years of pop stardom. Because really, who wouldn’t love that?

By early hits you mean “This Charming Man,” “Hand in Glove,” and so on?

Maybe “Heaven Knows I’m Miserable Now.” I guess culminating in the writing of “How Soon Is Now.” That wasn’t even a B-side. “The Queen Is Dead” seems to be everyone’s favorite. But if you ask me about something that stands out for me: I was 20 and my band was the hottest thing going at the time. We seemed to be getting on a real roll and thought that we could do no wrong. And luckily the stuff still stands up so it’s nice to think about that.

Your guitar sound is very distinctive. I remember hearing the early BBC [Smiths] recordings on “Hatful of Hollow”: even without expensive equipment you had a distinctive sound. When I first heard those, as a kid, it appealed to the side of me that loved ’60s music and folk and folk rock. Can you describe some of the musicians you were drawn to and how you built your own style?

There’s a lot of influences in there. But that sound you're talking about — the early Smiths stuff, where most people got to hear me for the first time — is that I was an 18-year-old guitar player in 1982. That was the most important thing, because I wanted to be modern. It’s sometimes easier to say what it wasn’t than what it was.

So when I came to form the band,  I was left with a very narrow set of influences. Everything but the above. What they would have been would been the approach of Bert Jansch from Pentangle, but with the sound and attitude and of the Patti Smith Group and Television — in particular Richard Lloyd.

Interesting. The less celebrated, probably, of the two Television guitarists. Isn’t he playing effectively the rhythm guitar or the counterpoint, right, while Tom [Verlaine] goes up-up-up-up with his notes?

Yeah. But really, without Richard Lloyd painting a picture in the background . . . I really loved that. And I liked what Robert Quine was doing in Lou Reed’s band in the early ’80s. That led me to not use delays — to have as dry a sound as possible.

But let’s put it this way: I was not trying to sound like Roger McGuinn or anyone else — those things came later with the C86 [bands] or the — what was it called? — the shoe gaze vibe. I didn’t really have much of that. Robin Guthrie of the Cocteau Twins had some of that going on.

Your sound is a little crisper — your notes are cleanly articulated even if there is some hazy emotion to them.

That comes from Bert Jansch. And I liked the drugginess of James Williamson from the Stooges’ “Raw Power.”

But a lot of us have a great debt to Bert Jansch and don’t even know it. No Bert — right? — no Nick Drake, no Donovan. And because of that, no “Dear Prudence,” no “Blackbird.” When Donovan went to Marrakech with the Beatles, he showed those guys how to do all that. Or ”Across the Universe,” or “Cry, Baby Cry,” or any of that “White Album” acoustic stuff.