Ben Carson, who Trump once compared to a "child molester," is now going to be his secretary of Housing and Urban Development

Donald Trump denounced Ben Carson's "pathology" when he was a candidate, but now wants him on his cabinet 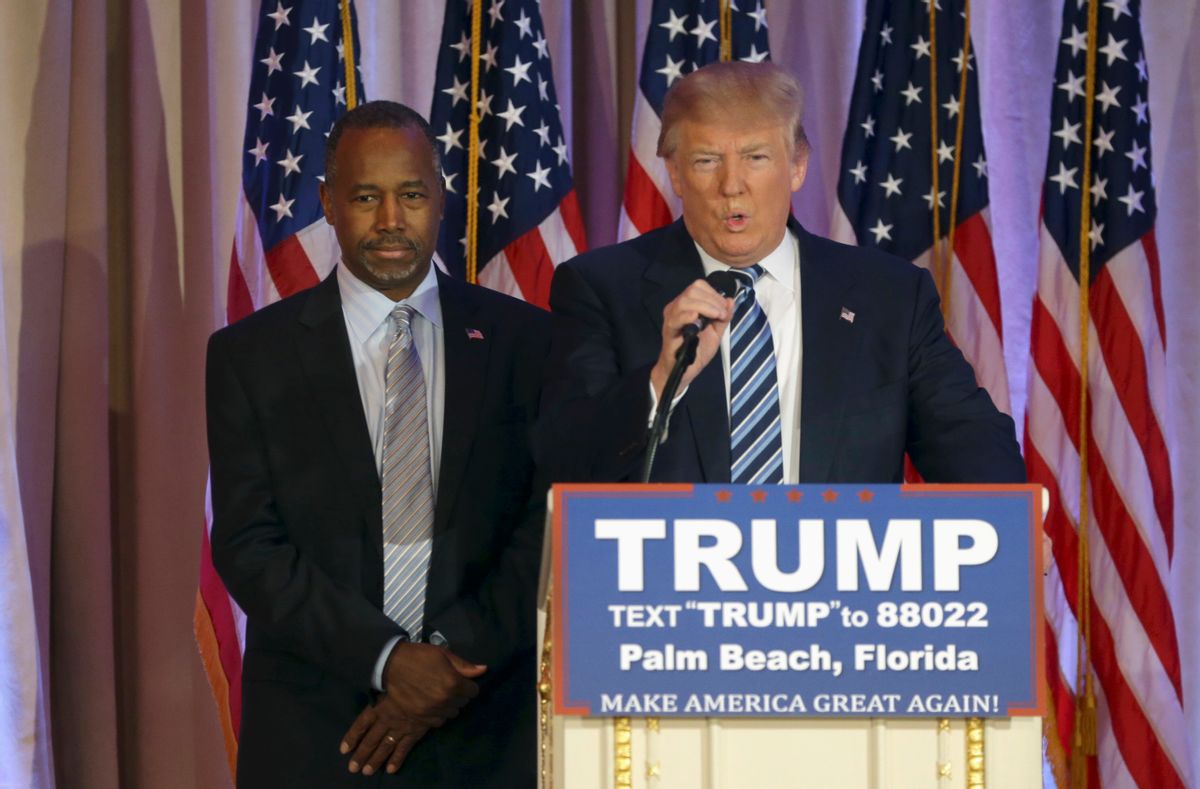 FILE - In this March 11, 2016 file photo, former Republican presidential candidate Ben Carson listens at left, before announcing he will endorse Republican presidential candidate Donald Trump during a news conference in Palm Beach, Fla. But rarely have so many partnerships of political necessity appeared to be as reluctant, awkward, even downright tortured as in the 2016 GOP race. (AP Photo/Lynne Sladky, File) (AP)
--

President-elect Donald Trump has chosen Dr. Ben Carson, formerly a practicing neurosurgeon, to be his new secretary of housing and urban development.

Trump's transition team said Monday they were "thrilled to nominate Dr. Ben Carson as our next Secretary of the U.S. Department of Housing and Urban Development. Ben Carson has a brilliant mind and is passionate about strengthening communities and families within those communities."

When rumors were first floated that Carson might receive a cabinet post, the neurosurgeon told The Washington Post last month that "having me as a federal bureaucrat would be like a fish out of water, quite frankly."

Carson also had one of his close friends and business managers, Armstrong Williams, tell The Hill in November that "Dr. Carson feels he has no government experience, he's never run a federal agency. The last thing he would want to do was take a position that could cripple the presidency."

Carson wasn't the only one who had harsh words about himself. Prior to the Republican primaries, Trump told CNN's Erin Burnett in November that Carson had a "pathological temper," illustrating his point by comparing Carson's self-described childhood delinquencies (which some have alleged were fabricated) with child molestation.

Here are some other great things that Trump has said about Carson:

"@TrumpDemocrats: Carson on @CNN now. He is worse than Jeb; like ambien for insomnia. We need energy in the White House. We need DonaldTrump

"@coloradojoe2001: How is any one taking Carson seriously when he "suspends" his presidential campaign for a book signing tour?"

The Carson story is either a total fabrication or, if true, even worse-trying to hit mother over the head with a hammer or stabbing friend!

With Ben Carson wanting to hit his mother on head with a hammer, stab a friend and Pyramids built for grain storage - don't people get it?