Beyond the vineyard: How Trump’s deportation plan threatens America’s food and wine supply

These aren’t the jobs Trump promised, nor are they the jobs Americans want 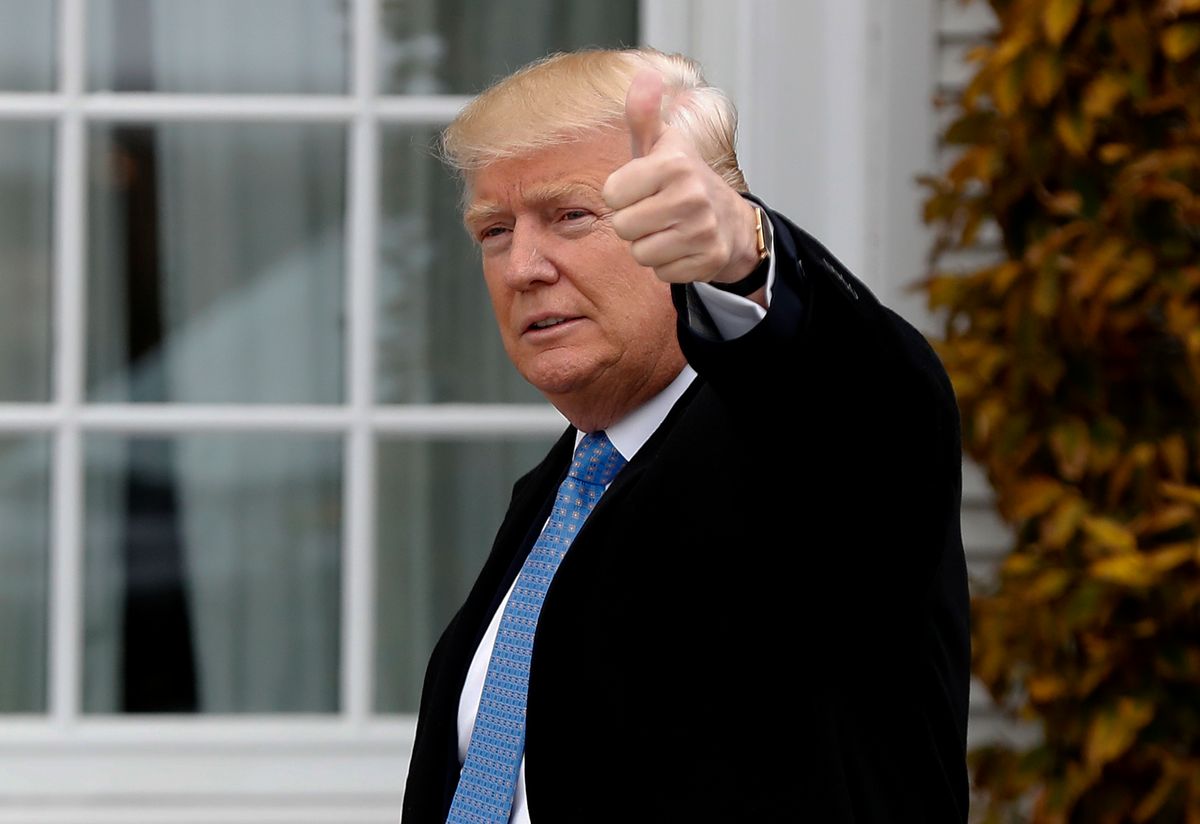 Mass deportations of up to three million undocumented immigrants are expected to begin in January, when President-elect Donald Trump takes the oath of office and begins to turn his campaign promises into government policy.

While Trump claims criminals are his primary target, reports suggest there aren’t enough of them to actually reach his goal. A prominent migration think tank estimates that only 820,000 undocumented immigrants have been convicted of a crime.

So that means Trump would have to deport several million immigrants without criminal records to reach his goal. And that’s likely just a start, given Trump’s promise to deport all 11 million undocumented immigrants in the United States.

What he doesn’t seem to realize is how integral undocumented workers are to America’s food supply. Our scholarship at Cornell University combined with research in other areas of agriculture reveal the significant impact his plans would have on the foods we eat and beverages we consume each and every day.

Who’s in the net

To meet the stated goal of two to three million deportations, law-abiding undocumented immigrants will likely be caught up in the net. These people work in a range of industries, accounting for about 16 percent of those employed in agriculture, 12 percent in construction, 9 percent in hospitality and 6 percent in manufacturing.

In addition to the humanitarian and logistical issues associated with such a massive deportation, there’s another problem: The American economy relies on these industries and all the people they employ. If all undocumented workers were deported, our economy would be 3 percent to 6 percent smaller.

But the impact on agriculture and related industries, which account for 5 percent of U.S. GDP, is the most alarming, in part because about half of farm laborers are undocumented. They are the ones who toil in the fields and barns to produce the foods and beverages that are integral to the well-being and cultural fabric of our nation, despite the fact that they often can’t afford to purchase the products they help produce.

Many Americans recently celebrated Thanksgiving with the traditional meal. But did they consider who produced that food? The succulent turkey, potatoes roasted to perfection, seasoned squash: Undocumented immigrants produced most of it. Even the wine — or milk — that washed it all down was produced with immigrant labor. The Thanksgiving holiday tradition that holds so much cultural significance for many of us relies on farm workers who are in significant danger of deportation.

Since these immigrants do much of the heavy lifting in American agriculture, preserving the current workforce and ensuring a continuing supply of laborers is a top priority for producers — and should be for consumers who value the foods and beverages we currently enjoy on our dinner tables.

So what would happen if Trump goes ahead with his plans?

Stewards of the land

If you enjoy wine, consider this: The wine industry in the United States is heavily reliant on immigrant labor.

Vineyards employ the majority of immigrants who work in the wine industry, and these skilled workers do everything from planting and pruning the vines to hand harvesting the fruit and preparing it for market. They scout for pests and diseases, water and nutrient issues, and are stewards of the land. Their attention to detail in the timing and implementation of various viticultural practices plays a significant role in determining the characteristics of the resulting wine.

Some farm laborers work throughout the year with various tasks in grape production, but at the time of harvest additional workers are needed. Many of these workers have been working in the United States in other agricultural operations.

Were the current workers deported, who would harvest the fruit? With fewer workers available, labor costs would skyrocket due to competition among wineries for the remaining workers, and these costs would need to be passed onto consumers through an increase in bottle prices.

Immigration hardliners argue that in the absence of local workers the wine industry could turn to mechanization. Wine grapes can be — and often are — harvested by machines, but the cost of a mechanical harvester is approximately $300,000, a price tag that is far too hefty for most small producers. Some vineyards are too steep and/or the terrain too rugged to safely operate a mechanical harvester. And mechanical harvest of fruit can change the characteristics of the wine.

Wine producers aren’t the only ones who are worried about a potential shortage of agricultural labor.

A study commissioned by the National Milk Producers Federation suggested that if federal labor and immigration policies result in a 50 percent reduction in foreign-born workers, more than 3,500 dairy farms would close, resulting in a significant decrease in milk production and an increase in milk retail prices of about 30 percent. Total elimination of immigrant labor would increase milk prices by 90 percent.

Growers of fruits, vegetables and nuts as well as producers of meat and other dairy products would be particularly hard hit by a lack of farm labor. A report commissioned by the American Farm Bureau Federation predicted a decrease in vegetable production of 15 percent to 31 percent and a drop in fruit production of 30 percent to 61 percent if undocumented workers are deported and the border is closed. The group also predicted a rise in food prices of 5 percent to 6 percent and a smaller supply of fruit, vegetables, meat and dairy available for sale.

Americans unlikely to fill the gap

Some may argue that these laborer positions could — and should — be filled by American workers. But the reality is that these positions are not considered desirable due to the physical demands and the need to work outside in inclement weather.

A stark example of the need for immigrant labor was apparent in 2011, when the North Carolina Growers Association had 6,500 farm jobs available, all of them in or next to counties with unemployment rates greater than 10 percent. Only 268 of the approximately 500,000 unemployed North Carolinians applied for a position. Ninety percent of them were hired, but only 163 showed up to work on the first day, and only 7 workers — of the 6,500 required — completed the growing season.

Clearly, these aren’t the jobs Trump promised, nor are they the jobs Americans want.

But while many Americans will choose to remain unemployed rather than accept a position as a farm laborer, ongoing research by the Cornell Farmworker Program shows that immigrant workers often enjoy this work. An undocumented worker at a dairy farm in New York reported:

“I like the work. I work very hard for many hours at a time and the work can sometimes be quite dirty, but I like being outdoors and with the animals. I worked in construction for a few months, but I prefer to be in a rural location where I can breathe fresh air. It reminds me of home.”

Not only do they enjoy it, but immigrant workers succeed at it too. “They’re reliable,” said an upstate New York dairy farmer. “Their work quality is excellent. They’ll do anything. They are polite. Everything. There is nothing to complain about.”

Time to stock up?

So while kicking felons out of the country is justifiable, it seems to us that deporting the law-abiding undocumented workers who help drive our economy by undertaking jobs that Americans refuse to do is not.

A better solution to the problem of our undocumented immigration, in our view, is to give unauthorized workers an opportunity to obtain permanent legal status — for the good of our economy. Our research shows that 85 percent of New York citizens support either temporary work permits or a path to legal citizenship for undocumented workers.

This election season may have driven many of us to drink, but if Trump’s deportation plan comes to fruition you can rely on one thing: the U.S.-produced food and wine that you enjoy with family and friends at your dinner table will become both more expensive and less available.

That leaves us with two options: writing our representatives to express concern about the deportation proposal or stocking up our cellars to prepare for lean years ahead.