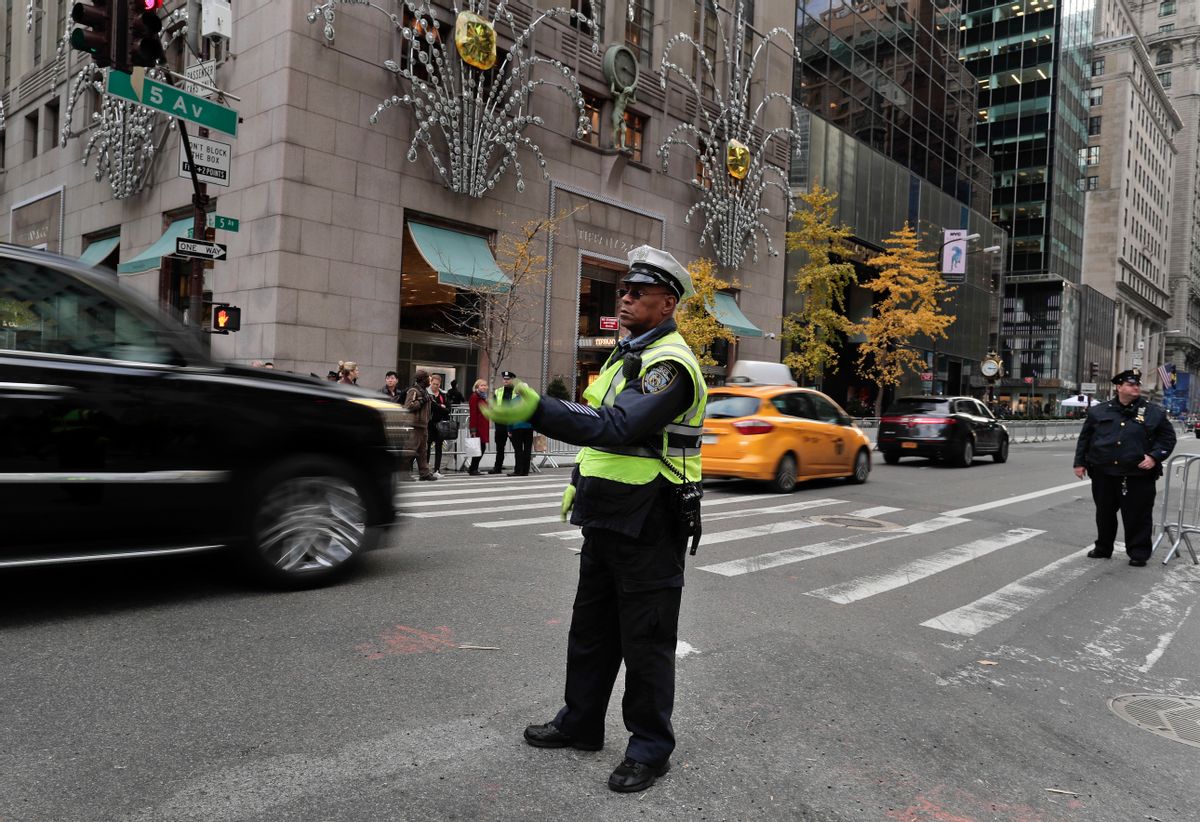 President-elect Donald Trump's decision to operate out of Trump Tower instead of the White House was always controversial — and also really expensive.

Mayor Bill de Blasio is sending a $35 million invoice to the White House for the cost of securing Trump Tower for the period spanning Nov. 8 to Jan. 20, the Daily News reported Monday — that is, from the moment Trump won the 2016 election until the moment he is inaugurated.

The daily average cost for security exceeds $400,000. Earlier reports estimated that it would cost $1 million per day to secure Trump Tower. A representative for the mayor's office confirmed to Salon the $35 million expense for the transition period.

Mayor de Blasio also claims to have spoken with Steve Mnuchin, Trump's choice for treasury secretary, about being reimbursed, claiming that "he's a native New Yorker, so I think that is a helpful reality."

Protecting the President-elect and his family through the inauguration and beyond is a responsibility that New York City takes seriously. However, the expense associated with protecting him in the midst of a dense city that is home to 8.55 million residents is logistically complex and requires a significant commitment of resources. Accordingly, New York City respectfully requests that the administration assist our efforts seeking reimbursement for funds that have been expended to date, and will be spent on or before the inauguration. Further, the city anticipates an ongoing obligation to provide security to then President Trump and his family, which will require corresponding expenditure for which the city will seek reimbursement.

This isn't the first time that Trump's decision to stay in Trump Tower has raised serious questions about its literal costliness. As Salon wrote in November, simply renting the two vacant floors in Trump Tower that the Secret Service and NYPD would need to occupy to protect Trump and his family could cost more than $3 million each year. In a different November piece, Salon also wrote about how three city officials told CNN Money that at the time it was costing New York City more than $1 million each day to provide the necessary protection for Trump and his family.