Republicans back away from Donald Trump's Medicare gutting and tariff plans 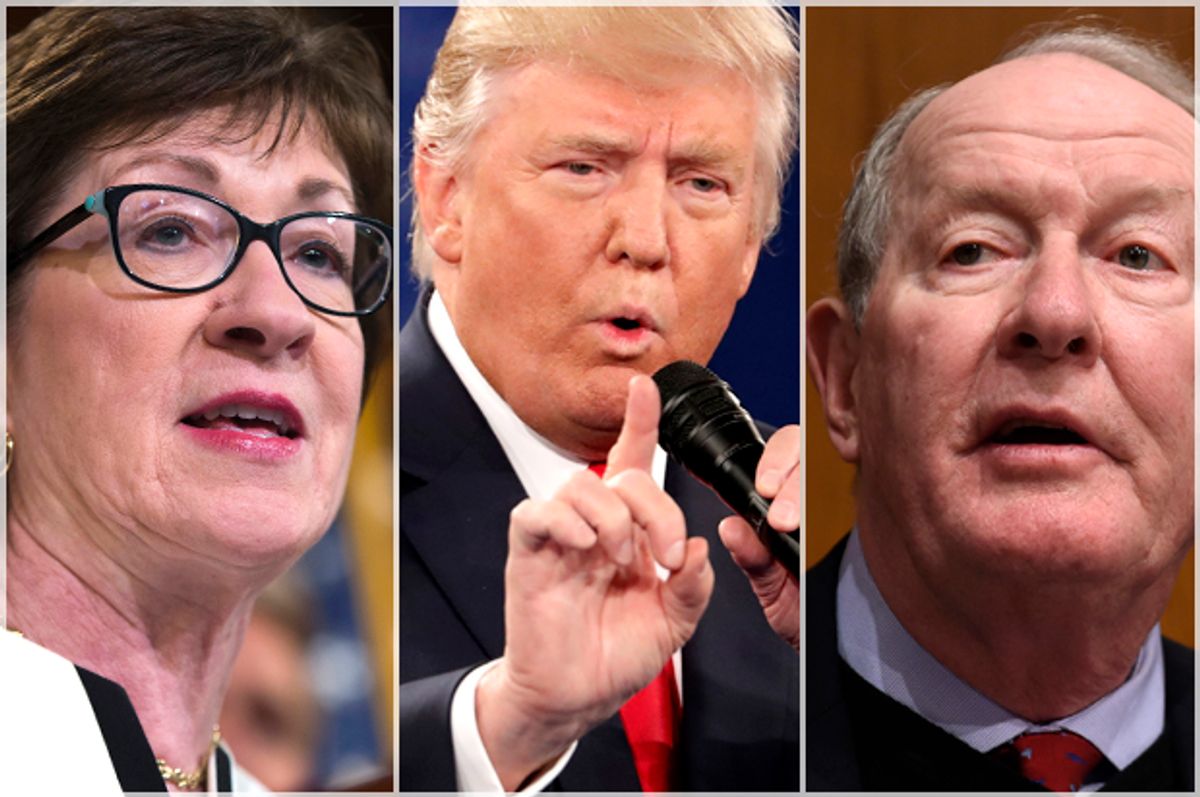 When it comes to important aspects of his agenda like gutting Medicare or stopping American companies from shipping jobs overseas, many congressional Republicans aren't seeing eye-to-eye with their president-elect.

Sen. Susan Collins, R-Maine, is expressing reservations about privatizing Medicare. Although Trump vowed to protect Medicare during his presidential campaign, he chose Rep. Tom Price of Georgia as his secretary of Health and Human Services, which has caused many to speculate that he will support Price's goal of replacing Medicare with a mix of private insurance and vouchers.

“Suffice it to say I have a number of reservations,” Collins told the Portland Press Herald Friday. “A complete upending of a program (Medicare) that by and large serves seniors well is not something that appeals to me.”

“We want to begin immediately to repeal Obamacare,” Alexander told reporters. “Trying to deal with the solvency issues in Medicare at the same time falls into the category of biting off more than you can chew . . . a little humility here would be in order, we can’t do everything at once and we shouldn’t try.”

"I think the point the president-elect was trying to make was he wants to create jobs in America,” McCarthy said in a report in Politico. “Today, the best way to make that change is through tax reform."

McCarthy continued, "I think there are other ways to achieve what the president elect is talking about, but the only way you can do any of this is you’ve got to have tax reform."

McCarthy also said that he doesn't "want to get into some kind of trade war."