Trump's Taiwan two-step: How one phone call became both a meaningless courtesy and a savvy power play 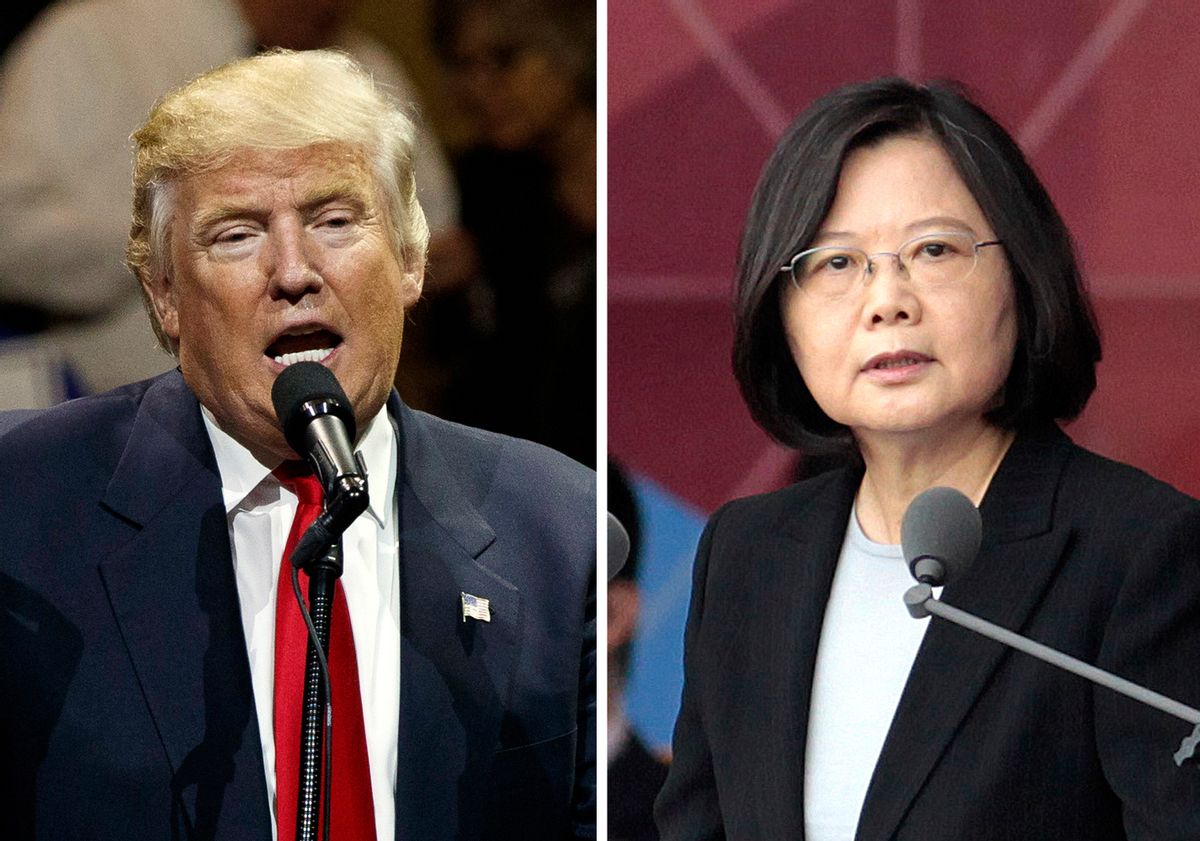 The most recent of the many unorthodox and norm-violating moves from the still-young Trump transition was the president-elect’s decision to accept a congratulatory phone call from the president of Taiwan. The United States has not had official diplomatic relations with Taiwan since 1979, and Donald Trump’s brief chat with President Tsai Ing-wen kicked up some shock and amazement from China experts, who worried that Trump was essentially taunting the Chinese government and launching a deliberate provocation that could heighten international tensions and even — in a nightmare scenario — ultimately lead to war.

I’m not a China expert, so I’m not going to delve into the geopolitics of the incident or the merits of the labored diplomatic dance between the U.S. and China over Taiwan. (While the Chinese government has always insisted that Taiwan is part of its territory, the island nation has in practical terms functioned as an independent nation since the Nationalist government fled from there in 1949.)

What does merit attention, however, is the fact that Trump and his team can’t seem to get on the same page regarding this contact with Taiwan and how it came about. The confusion emanating from the president-elect and his subordinates on this mini crisis that they cooked up means they’re either completely disorganized or deliberately spreading conflicting and false information.

Let’s start with Trump himself. After news of the phone call was reported (not released by the Trump transition team, I hasten to note) and the hail of condemnations started coming down, Trump defended himself via his medium of choice: Twitter. As the president-elect characterized it, all he did was accept a call from someone who wanted to congratulate him. No big deal!

The way he put it, Trump either didn’t understand or care how the phone call would be perceived. He was just happy to talk to a world leader who wanted to say nice things to him.

Over the weekend Vice President-elect Mike Pence gave a similar characterization of the call, characterizing the controversy over it as overblown. “To be honest with you, the waters here seem like a little bit of a tempest in a teapot,” he said on NBC's "Meet the Press." “I think most Americans and frankly most leaders around the world know this for what it was.”

But while the biggest names in the Trump transition were describing this call as nothing to get worked up over, Trump's people were saying something very different to The Washington Post. According to the Post’s reporting, Trump insiders were calling the Taiwan call “an intentionally provocative move” that “was the product of months of quiet preparations and deliberations among Trump’s advisers about a new strategy for engagement with Taiwan that began even before he became the Republican presidential nominee.”

So rather than saying that Trump stumbled ass backward into one of the most sensitive areas of international diplomacy between the world's dominant superpowers, the president-elect's people are now saying that he actually jumped in ass first because he wants to be tough on China.

If that's the case, then I’m puzzled by more than a few things. First off, Trump hasn’t even selected a secretary of state, but he’s barreling forward on a realignment of the diplomatic order? It seems to me that if you’re going to redefine the contours of one of the most fraught and critical international relationships the United States has, you’d want to go into it knowing who will be in charge of overseeing this project.

I also don’t quite understand the logic behind a tough-on-China policy that features the incoming president presenting himself to China and the rest of the world as a reckless dope who didn’t really understand what he was doing. This was either a meaningless courtesy call between two elected officials or it was a deliberate foreshadowing of how American foreign policy will be reshaped. It can’t be both.

Regardless of what’s really going on here, someone is lying. The Trump team is out there offering two conflicting explanations for the Taiwanese call and not even trying to reconcile them.

The way the timeline played out onf this doesn’t make Trump look good. All the claims to hard-nosed Machiavellian posturing emerged well after Trump’s defensive insistence that he was just fielding a congratulatory phone call from somebody or other. That makes it seem like Trump really didn’t know what the big deal was, leaving his advisers scrambling to reframe the whole incident as a brilliant strategic gambit. Trump doesn’t come off as a tough-on-China hard-ass in this situation. He looks like a fool who clowned himself on Twitter.