"We beg for your forgiveness": Veterans join Native elders in celebration ceremony

Wes Clark Jr. was among the veterans celebrating the DAPL news and asking forgiveness 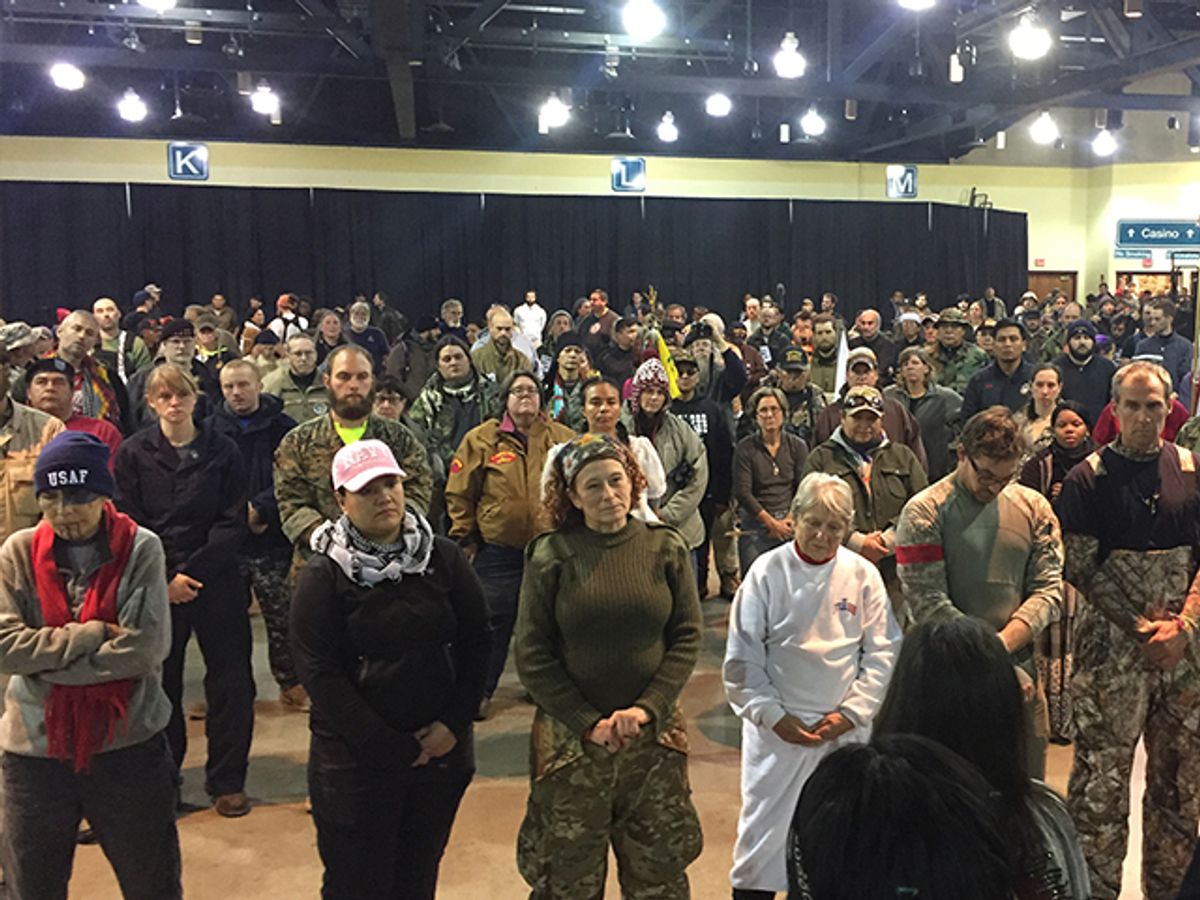 Wes Clark Jr., the son of retired U.S. Army general and former supreme commander at NATO Wesley Clark Sr., was part of a group of veterans at Standing Rock one day after the Army Corps announcement. The veterans joined Native American tribal elders in a ceremony celebrating the Dakota Access Pipeline easement denial.

Clark got into formation by rank, with his veterans, and knelt before the elders asking for their forgiveness for the long brutal history between the United States and Native Americans:

"Many of us, me particularly, are from the units that have hurt you over the many years. We came. We fought you. We took your land. We signed treaties that we broke. We stole minerals from your sacred hills. We blasted the faces of our presidents onto your sacred mountain. When we took still more land and then we took your children and then we tried to make your language and we tried to eliminate your language that God gave you, and the Creator gave you. We didn’t respect you, we polluted your Earth, we’ve hurt you in so many ways but we’ve come to say that we are sorry. We are at your service and we beg for your forgiveness."

Chief Leonard Crow Dog offered forgiveness and urged for world peace: "We do not own the land, the land owns us."

Despite the positive news, there is more work to do. "The black snake has never stopped and if they didn't stop at desecrating our graves of our ancestors, they'll stop at nothing." Young said. "So there will be a motion filed by the Energy Transfer today to continue the pipeline ... We are a peaceful movement, but we may have to make a move to protect our territory."