A "walking, talking violation of the Constitution" prepares to take office — and the GOP bets we don't care 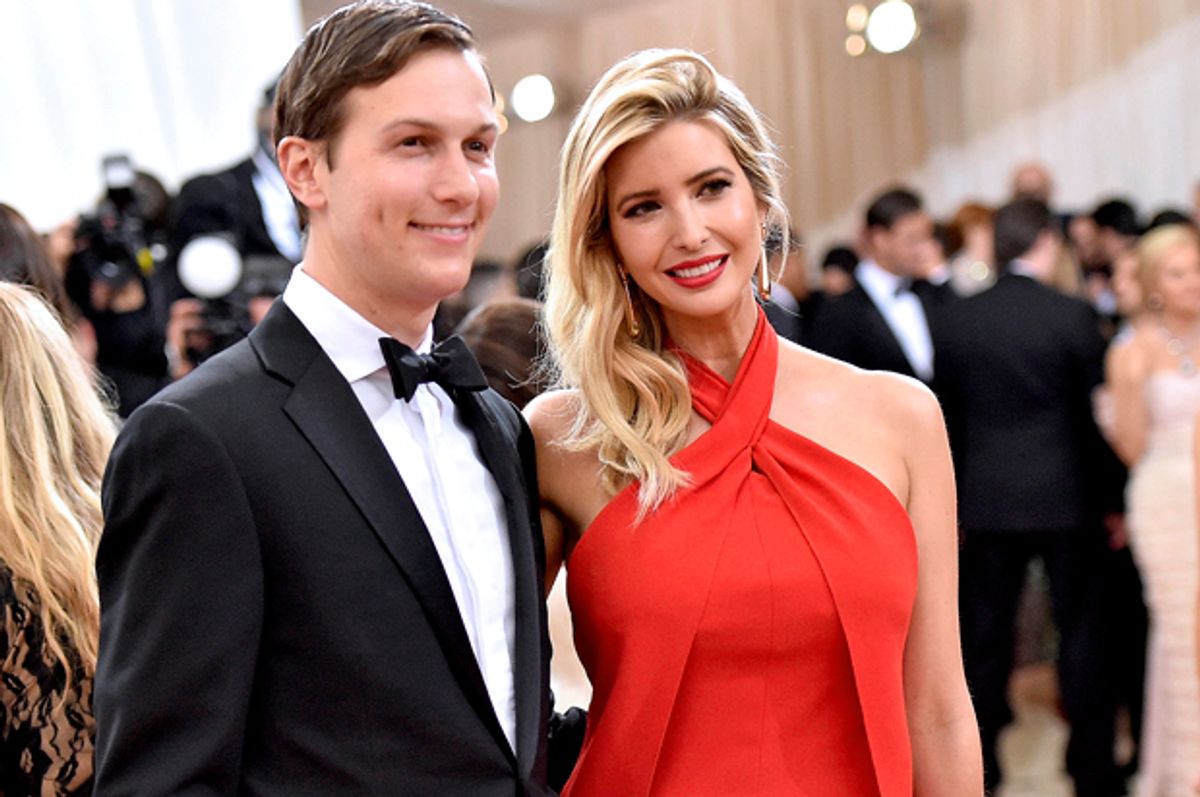 If anyone expected that all the belated attention to Donald Trump's overwhelming number of potential conflicts of interest would result in some soul-searching about his assurances that he "couldn’t care less" about his business and that his kids will run its day-to-day affairs in a "blind trust," their hopes have been dashed so far.

Trump says he will announce some kind of arrangement on Dec. 15, which most people expect to be the official handing over of the reins of his company to his three oldest children, Donald Jr., Ivanka and Eric. This will not be sufficient — not even close.

Law professor Laurence Tribe appeared on MSNBC over the past weekend and gave a clear explanation of why Trump is in violation of the Constitution:

It’s called the emoluments clause, and it basically says no officer of the United States can be on the receiving end of any kind of benefit, economic benefit, payment, gift, profit, whatever, from a foreign government or its corporations or agents. . . . In this case Donald Jr. or Ivanka or Eric — then there would be a close relationship that could never be disentangled by the American public.

He’s a constant emolument magnet. He thinks of himself as a babe magnet, but he’s an emoluments magnet. And all around the world everybody wants to go to his hotels and not the competitors, and wants to give him a variance or a special land use permit and there’s simply no way short of absolutely liquidating all of his cash and assets into a blind trust and not handed over to his kids. No way short of that prevents him from being a walking, talking violation of the Constitution from the moment he takes the oath.

Actually, it's a little late for that. Imagine Trump trying to sell his business while he's acting as president. It would make the current freak show look like a church service. He should have done it before he ever ran for office.

Trump does not seem inclined to liquidate his business. (Indeed, if he were to say he was going to sell it, this would probably signal that he's been replaced by a cyborg.) But even that wouldn't solve his problem. His most valuable lieutenant, his 35-year-old son-in-law, Jared Kushner, would have to agree to do the same thing. Like 90 percent of Trump's inner circle, Kushner is a multimillionaire, too.

So far it seems that Trump believes he can avoid the normal nepotism and conflict-of-interest rules by not naming Kushner to any official post even as he serves as a high-level adviser. That won't work either. Kushner owns hundreds of buildings and owes hundreds of millions of dollars in loans to banks all over the world. His businesses will be affected in dozens of ways by government regulations over which he would have an outsized influence.

As a scathing Vox profile by Kushner's Harvard classmate Matthew Yglesias shows, Ivanka's husband is a lot like his father-in-law and similarly has something to prove:

[He] took all the appropriate steps to become a pillar of Northeastern society — get a Harvard degree, own a small but beloved media outlet, donate to local Democratic Party elected officials, marry a society wife — but ended up being a laughingstock, with his intelligence publicly mocked and his dad in jail and humiliated for a particularly sleazy crime.

These people do not think the normal rules apply to them and so far there's no reason to believe that any members of the Trump or Kushner family plan to sacrifice anything in order to serve the public. In fact, all the evidence shows they plan to take full advantage of their connections. Just this past weekend a New York Times report surfaced that when Ivanka met with the Japanese prime minister her company was in intense negotiations with a major Japanese retailer, which is partially owned by the Japanese government. They're just going for it.

If anyone thought that Ivanka might be less available to meet with foreign dignitaries to press her business interests in the White House once her dad turns over the business to the three siblings, that's probably not going to work out either. She and Kushner are, according to news reports, planning to move to Washington, which would suggest the businesses must be moving with them.

When The Wall Street Journal asked whether Kushner planned to divest himself of his holdings, the following comment was furnished: "If Jared were to serve in some capacity in the new administration, Kushner Companies would put a rigorous process in place to ensure that no conflicts exist.” Evidently, the American people are supposed to feel reassured that his privately held companies will not take advantage of any special knowledge or influence he might have. (And if they do benefit from that situation, Kushner can always explain it the way Trump did when asked why he didn't pay any income taxes for more than 15 years: "Because I'm smart.")

Here's one thing we know for sure: The Republicans have had a dramatic change of heart about conflicts of interest virtually overnight. The Sunday before the election Newt Gingrich appeared on "Meet the Press" and proclaimed:

Every foreign gift, every foreign speech — Senator or Secretary of State, everyone, no, it's not a big charge, it's the U.S. Constitution. There's a section in the Constitution called the emoluments clause, it says, "No one, nor their spouse can take money from foreigners. . . . I think the real corruption is the lack of the media being willing to be honest about how much lawlessness the Clintons stand for and how much they have ripped off the American people.

He repeated that charge numerous times throughout the course of the campaign and his claims were rated mostly false by Politifact.

Here's what Gingrich has to say now, quoted at length in a Politico article headlined, "GOP wagers Americans don’t care about Trump’s conflicts":

This is a great test case between the pre-Trump and post-Trump worlds. In a pre-Trump world dominated by left-wing ideas, anyone successful is inherently dangerous and should be punished for trying to serve the country. The American people knowingly voted for a businessman whose name is inextricably tied to his fortune. . . . I’d say to the left wing, get over it.