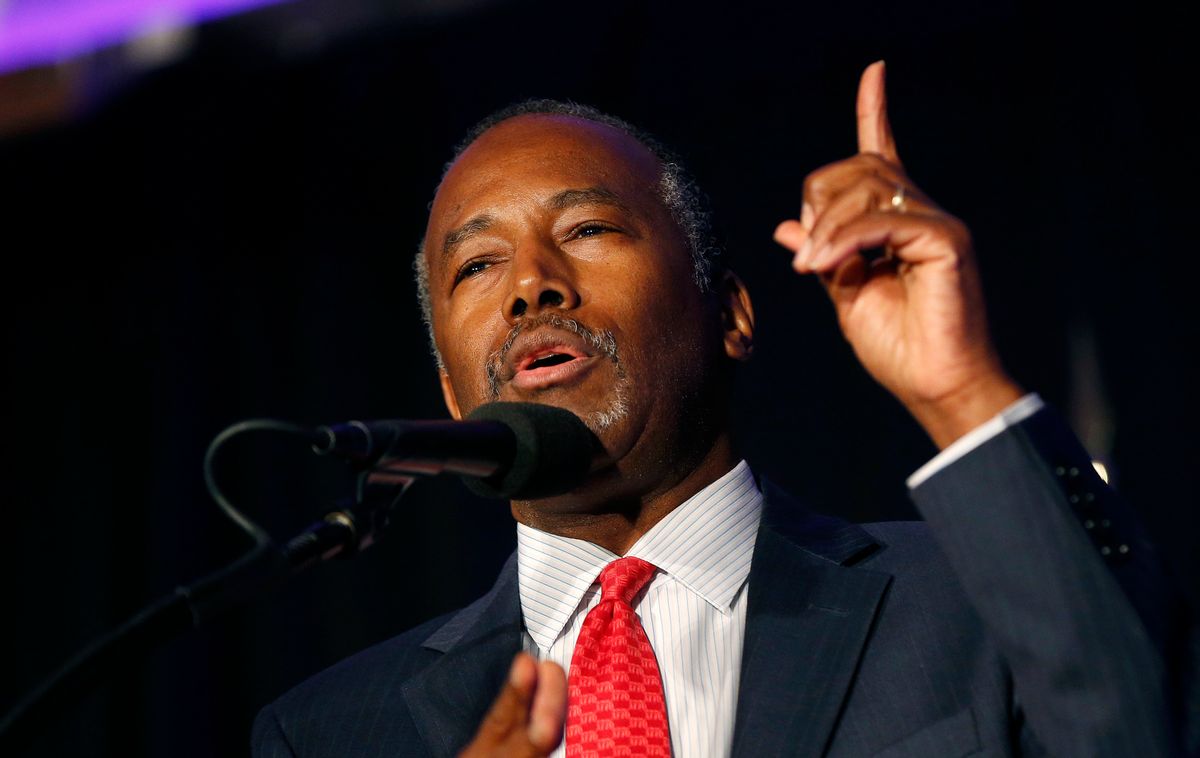 Curious as it may sound, Carson accepted the offer from his former rival less than a month after his spokesman told reporters that Carson was not qualified for a position in the incoming administration because he "has no government experience" and has "never run a federal agency." The same spokesperson made clear that Carson would not want to "take a position that could cripple the presidency."

Asked about his previous comments on NPR following the announcement of Carson's selection, spokesman Armstrong Williams appeared to walk back his words:

NPR host: A few weeks ago you were quoted in media reports saying Ben Carson wasn't interested in a Cabinet job. And I'm quoting now, "Dr. Carson feels he has," quote, "no government experience. He's never run a federal agency. The last thing he'd want to do was take a position that could cripple the presidency." Is that no longer the case?

Williams: That was accurate, by the way.

NPR host: Then let — then definitely fill us in on what your perspective is on Dr. Carson's experience and if he is a good fit for this job.

Williams: Dr. Carson was always clear that his preference was to remain in private industry. He felt he could be more effective and supportive of the president-elect. But he also was clear that if Mr. Trump insisted that he wanted him in his Cabinet, he would certainly give it serious consideration. My only comment was there are many people who spend their lives running government agencies and bureaucracies and could absolutely — they're out there — that could be considered.

NPR host Rachel Martin then asked Armstrong "to flesh out some of Dr. Carson's résumé," specifically asking, "What in his background prepares him for this particular post?"

Armstrong offered a biographical note that has since been repeated by Carson's supporters to signal that the former neurosurgeon who’s never held any office is qualified to head a major federal agency.

"His life growing up in subsidized housing," Armstrong quickly replied.

While at least one congressional Democrat has already called on Carson to withdraw his name from consideration, saying it “would actually be funny if it weren’t so tragic,” supporters of Carson are relying on his personal history in public housing as his qualification to oversee U.S. housing policy.

Former Arkansas governor and onetime rival Mike Huckabee congratulated Carson on his nomination while suggesting that any objections to his nomination might have sinister motives.

In a statement released earlier on Monday, House Democratic leader Nancy Pelosi said Carson was "a disconcerting and disturbingly unqualified choice" for HUD secretary, adding there is "no evidence that Dr. Carson brings the necessary credentials" to the role.

Fox News personality and Trump sycophant David Clarke, the sitting sheriff of Milwaukee County who is being considered to head the Department of Homeland Security, took to Twitter on Monday to compare Democrats' reaction to Carson's selection to a KKK cross burning:

If approved by the Senate, Carson will be the third African-American man chosen by a Republican administration to lead the Department of Housing and Urban Development, which was created by Congress in 1965. As New York magazine noted, HUD has been a magnet for scandal and lax oversight under previous Republican administrations, leading to criminal profiteering charges as a result of the department's work with private real estate developers to build low-income housing.

Carson himself recently compared public housing to a "communist" program.

Throughout his campaign, Trump often suggested that "inner cities" were populated almost exclusively by African-Americans, despite the reality that most African-Americans live in the suburbs or elsewhere, according to census data.

“I know I grew up in the inner city,” Carson told Fox News' Neil Cavuto when rumors first circulated that Trump was considering him to lead HUD. “Our inner cities are in terrible shape.”