BULLSH**TER OF THE DAY: Mike Pence, for denying the troll in his midst

Michael Flynn Jr. is the one troll that even the Trump administration won't own up to 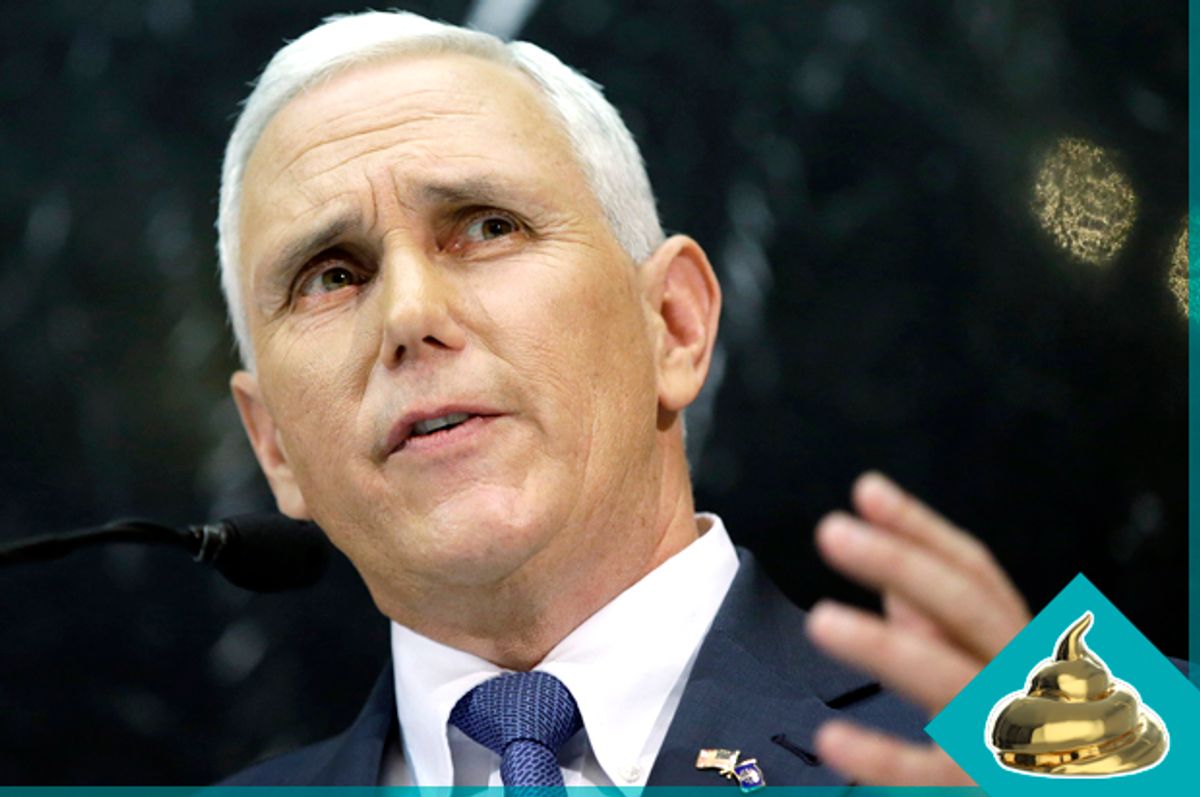 ""Gen. Flynn's son has no involvement in the transition, whatsoever."

Gen. Michael T. Flynn's son is what is commonly known as an internet troll – lately tweeting about "pizzagate." But his father's nomination as national security adviser in the Trump administration (let's pause for a second to acknowledge how absolutely terrifying that is) has turned him into a very dangerous troll indeed. Following what historians might call Trumpism (giving power to those close to the Donald), Michael Flynn Jr. seems to be in the transition team. But Pence (chair of that team) thinks that idea is ridiculous!

While Flynn Jr. doesn't have an official title, he's been seen accompanying his father to meetings in the Trump Tower and he even has an official email address as part of the Transition Team. So "no involvement whatsoever" reeks of the brown stuff. And yes, I know a spokesperson said later today that Flynn Jr. had been in the team but he was no longer part of it. Welcome to crisis management, my friends.

This is a person who thinks gay people should go to conversion therapy, who doesn't believe in science and who takes the bible way too literally on the whole "women-come-from-Adam's-rib-so-they-are-inferior" thing. My favorite of his many turds was when he somehow used the Disney movie "Mulan" as an example of why women shouldn't be in the military. Oh, and did you know "Bambi" was a big attack on hunters' liberties?