So, the academy once gave the Best New Artist award to A Taste of Honey over Elvis Costello; mistakes were made! 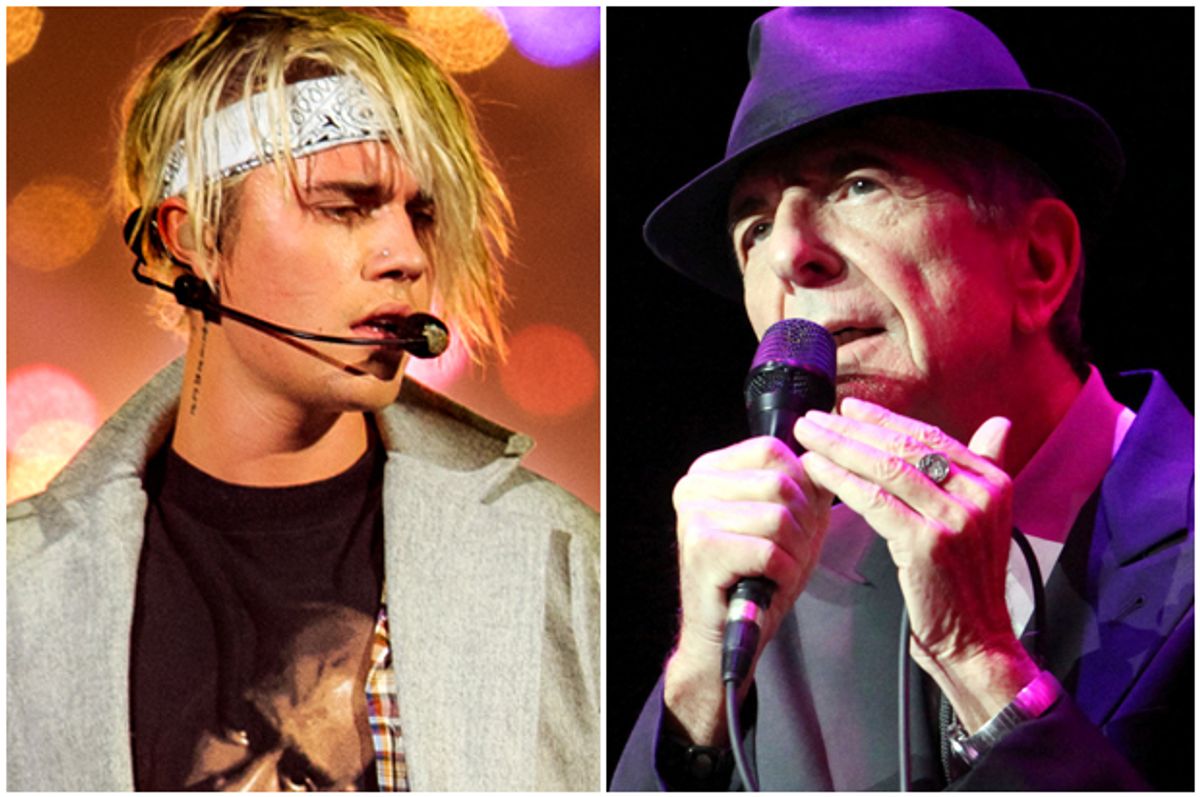 Let’s say my dentist mentioned to me that he had heard of this new hip-hop band called Chance the Rapper. Or my mom asked me if I’d heard of this wild guy, who performs with his shirt off, named Iggy Pop. Well, I’d be kind of impressed that they knew these two estimable figures, even if my associates seemed to be coming to the party a bit late.

After all, I don’t look to either my dentist or my mother for the latest in popular music. But there’s a body in this country dedicated to noting and adjudicating and it's called the Recording Academy, and it continues to be lame.

Today’s announcement of the nominees for the Grammy Awards, to be given out Feb. 12 in Los Angeles, have some smart inclusions. Country singer Sturgill Simpson’s “A Sailor’s Guide to Earth” is a surprise best-album nominee, and The Avett Brothers are nominated in the American roots category. Radiohead and PJ Harvey and Beyoncé show up in various spots as well. (Beyoncé got nine nominations and deserves to win a few for "Lemonade.")

So it’s not a total loss. But this round also has the usual Grammy nonsense — Justin Bieber’s “Purpose” as one of five Album of the Year spots, Blink-182 under Best Rock Album, alongside no Leonard Cohen, Wilco, Drive-By Truckers or Car Seat Headrest. Lame!

It’s not really hipness or up-to-the-minute currency that the Recording Academy needs. But when you title a category Best New Artist, it helps if the figure in question is genuinely new. Chance the Rapper has been well-known to music fans since 2013; if Grammy bylaws kept him from being nominated until this year, the bylaws need to be changed. Same with the invisibility of A Tribe Called Quest's triumphant last album, which came out Nov. 11. (Why can't Grammy voters find a download link a few weeks earlier like music writers do?)

This is, of course, the same body that largely slept through the Beatles and Bob Dylan during the 1960s. (Dylan got his first Grammy in 1980, for “Gotta Serve Somebody,” and was never once nominated during the 1960s or '70s.) The same academy that gave A Taste of Honey the Best New Artist award over Elvis Costello, picked DJ Jazzy Jeff & The Fresh Prince over Public Enemy, and gave its 1980 Best Album award to Christopher Cross' "Sailing" over Sinatra's "Trilogy: Past Present Future" and Pink Floyd’s “The Wall.”

The Kinks and Talking Heads and The Velvet Underground have never even been nominated. John Coltrane didn’t get a Grammy until he was dead. Same with Otis Redding; both won an ass-covering “Lifetime Achievement Award,” although the Recording Academy declined to recognize these achievements during these artists' actual lifetimes. Patti Smith has never won and was not even nominated until the 21st century. And so on.

Eric Clapton’s mellowed-out, unplugged version of the overplayed “Layla” beat Nirvana the year of “Nevermind.” The Clash won a weaselly “Hall of Fame Award” — its first recognition by the august academy — more than a quarter century after “London Calling" came out and two decades after the band broke up.

The Grammy folks have responded to criticisms like this by trying to young up their list. So the same recording industry that overlooked Dylan and VU and Coltrane gave the 12-year-old Sam Smith six nominations and four awards in 2015. (OK he was actually in his early 20s.) But it’s a desperate, clumsy kind of last-minute correction, and the academy still isn't getting things right. The Grammys has moved from grumpy, grandpa-style irrelevance to gee whiz, uncritical poptimism without stopping. It’s like Benjamin Button without a heyday.

Take a look, for instance, at the list that shows perhaps the sharpest list of nominees, the one for best alternative album. This year’s nominees are Bon Iver, David Bowie, PJ Harvey, Iggy Pop and Radiohead. A great list, and Radiohead’s “A Moon Shaped Pool” is a thing of beauty.

But besides Bon Iver, all of these artists could have showed up on a greatest-hits-of-1995 list. Bowie and Pop could be on a greatest of ’75. Has the alternative-rock and indie-rock tradition really stopped dead like that? This is also a genre the Grammy folks have never seemed to get. The ironically titled documentary “1991: The Year Punk Broke” could be remade as “2016: The Year the Grammys Woke Up to '90s Alt-Rock.”

Or how about Best Traditional Blues? The Recording Academy nominated Joe Bonamassa, whose "blues" heroes are white Brits from the '70s and who has said that he would rather hear Humble Pie play the song "I'm Ready" than Muddy Waters. His music may be good — the nominated live album sounds to me a bit like Blues Hammer from "Ghost World" — but if this is traditional blues, than I am a sharecropper's son.

And perhaps most seriously: Where’s Leonard Cohen, who put out one of the best (and best-produced) albums of a profound career and then promptly died? This may have been due to time restrictions on releases. But if the awards the Grammy folks give in 2017 don’t have any mention of Cohen, whose “You Want It Darker” album came out in October, it will just remind us that the Recording Academy has never once nominated any of Cohen's albums or songs. (Cohen did receive a lifetime achievement award, however, when he was in his mid-'70s.)

Cohen was born a year before Elvis Presley. The Grammy folks have had a long time to figure him out. Maybe next year.