The struggling city, and others with lead in drinking water, will get $170 million in funds 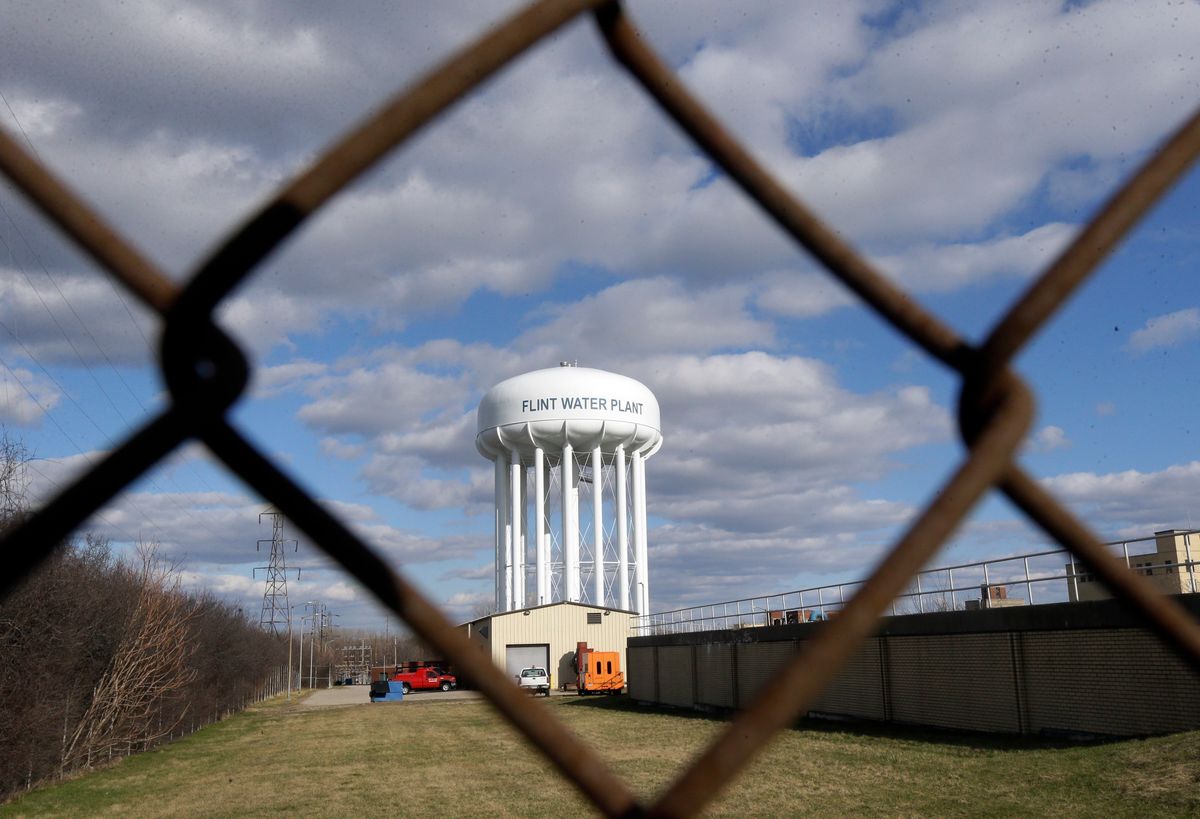 FILE - This March 21, 2016 file photo shows the Flint Water Plant water tower in Flint, Mich. Michigan Gov. Rick Snyder is calling for a halt of administrative investigations into how two state agencies dealt with the Flint drinking water crisis after being warned they are hampering state and federal criminal probes. Snyder's office released letters Thursday May 26, 2016, from the state attorney general and a federal prosecutor. (AP Photo/Carlos Osorio File) (AP)
--

WASHINGTON — House and Senate leaders have reached a bipartisan agreement on a bill to authorize $170 million for Flint, Michigan and other cities beleaguered by lead in drinking water, and to provide relief to drought-stricken California.

A vote could be held this week. But the measure was jeopardized by sharp opposition from California Sen. Barbara Boxer and other Democrats who said it would harm drinking water quality and severely weaken the Endangered Species Act.

House Majority Leader Kevin McCarthy, R-Calif., said Monday the measure would bring more water to his state for farming and other uses. He hailed support from California's other Democratic senator, Dianne Feinstein, saying the measure "could not have been finalized" without her backing.

Feinstein defended the bill as "the best we can do" under a Republican-controlled Congress.