Hustler-in-chief: 5 reasons why I doubt Donald Trump will complete his first term

Donald Trump is the kind of guy who loves the hunt and kill, not 4 years serving the people of the United States 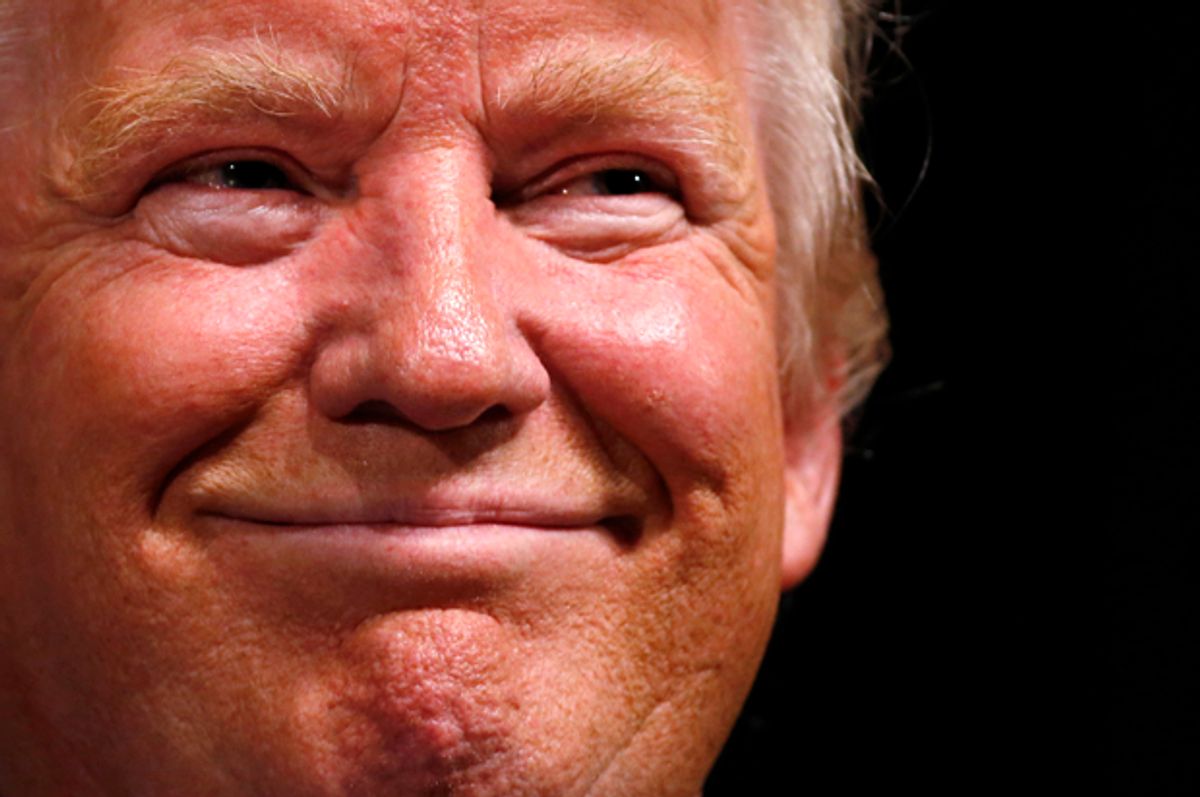 I don't think Donald Trump will last four years in office because Donald Trump is a hustler. He’s a moneymaker. He’s Mitch from "Paid in Full," in love with the flip — the kind of guy who gets off by turning one dollar into 20. And Donald loves more than the hunt: He loves the bloody kill and the meal.

I know this because I hustle and I know hustlers; they birthed me, raised me and showed me the game. I can spot a hustler from a mile away, and Donald has all of the characteristics of a guy that that could never fully commit to a 9-to-5 for a number of reasons.

1. The presidency is about helping people.

Donald Trump is clearly a narcissist.

U.S. presidents make only $400,000 a year, a paltry salary by Trump standards that he has already decided to waive. He probably spends that much on hair gel and plugs every year.

3. There's not enough gold in the White House.

Hustlers who have mastered the art of hustling develop an arrogance. Trump is  already acting like he’s too good to live in the White House. (I wonder if it’s because a black family is moving out?)

I also wonder why the praise-the-flag, I-hate-Colin-Kaepernick crowd isn't offended by that. Isn’t it unpatriotic for the American leader to not live in the White House?

4. He can't put his name on this office building.

As president, Trump could be considered responsible for giving up control of his stake in his businesses. Trump’s brand probably means more to him than his children do. It’s all he really talks about, and he's spent his life building it.

I can't imagine him walking away from his real legacy — and never getting a shot at becoming a serious billionaire like Warren Buffett and Michael Bloomberg. Hustlers like to be at the top, and he’s not there yet.

5. Too much light is bad for business.

Hustlers don’t do well in well-lit areas. They need to move in the dark because they are magnets for scandal. I give Trump credit for ducking, diving, dodging and sometimes running straight over every potential obstacle and scandal as a candidate. But being president is a whole different ball game. Bill Clinton was impeached for a consensual blow job, the Trump of the infamous Billy Bush tapes would do well to remember. We must remember that this man has been rewarded time and time again for not following rules, so why would he now?

This list can go on and on. The point is that ridiculous things like job-performance expectations don't matter to a guy like Donald Trump. That inner hustle pushes him to win and everything else flies out of the window, making him no different from a used car salesman, a petty drug pusher, a 1-percenter who jumps at any chance to make a buck, an ambulance-chasing lawyer or one of those direct marketing rip-off clowns — basically, a person who would throw an infant in front of a bus for a buck.

The flip side is that same hustle got Donald Trump into the White House or wherever he'll be living in January. He used that same drive to step on his competition and pull the biggest hustle ever by conning enough of the voters in the right places into electing him to the highest office in the land. Through made-up stories about bringing back jobs that have been replaced by robots to constantly criticizing real news outlets that rely on those ridiculous facts and using his platform to give legitimacy to fake news sites that only exist on Facebook.

No hustle imaginable can even compare to what he already accomplished. That’s the hunt, the meal and the kill. What else is there to do over the next for years other than retire?