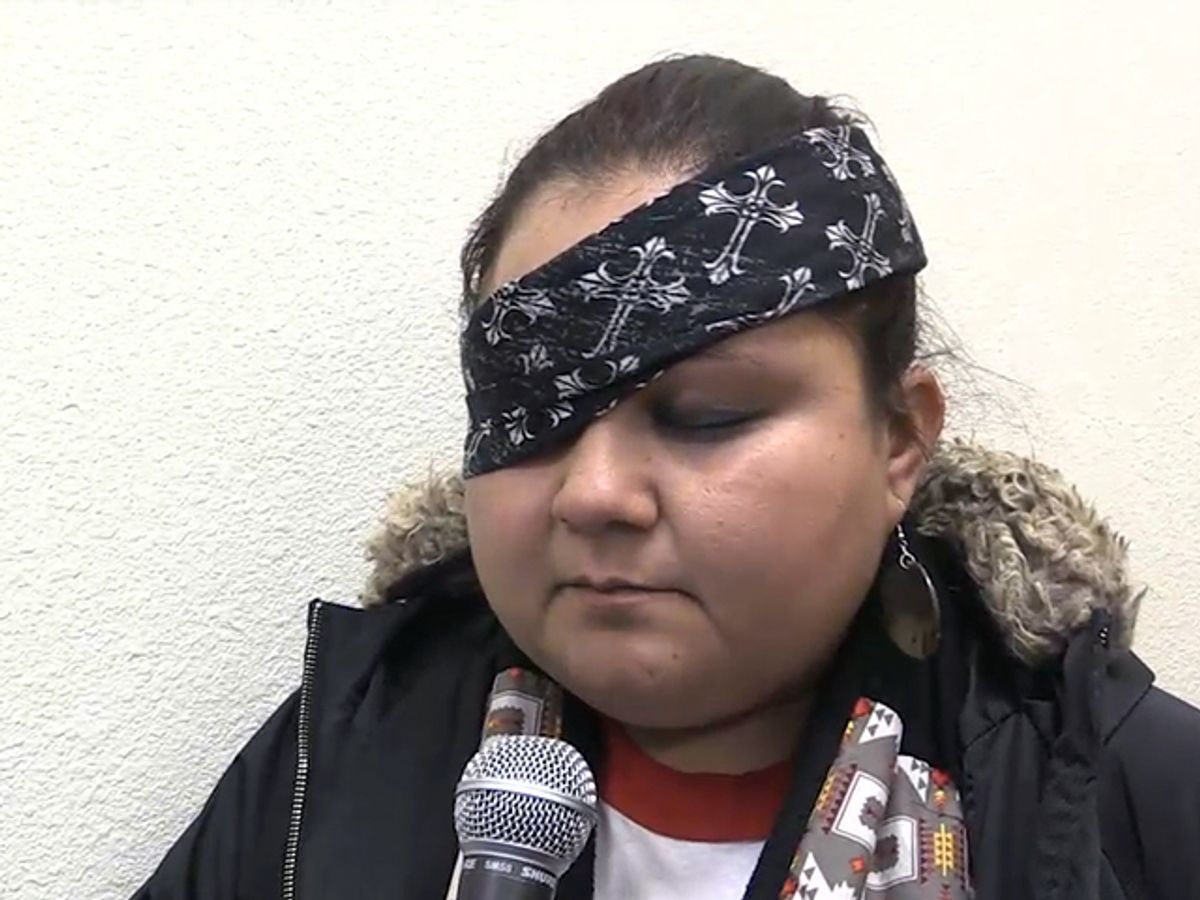 Vanessa Dundon, also known as “Sioux Z,” was helping a fellow female protester when she was struck in the face with a tear gas canister. She told Salon the police targeted her intentionally.

Directly after the incident, she was asked to have her picture taken. Dundon was hesitant, but soon realized how important the exposure may be to raise awareness of police brutality.

After visiting a doctor in Minneapolis, she was told she would never see out of her right eye again. Dundon told Salon that it's difficult to look at her new face in the mirror.

“Just the way the guns were going off, the way they sprayed that water, it was so cold,” she said.

Dundon is one of thousands of protesters angry at the government for its inaction, especially the blind eye it turns to the abuse Native Americans are subject to.

“This is enough. On both sides, this is enough. People are hurt, it’s just wrong. They say this is non-lethal force,” she said. “But we have nothing.”