Joe Biden may be running for president in 2020: "What the hell man, anyway."

Joe Biden may have been the best candidate to beat Donald Trump in 2016. Will that still be true in 2020? 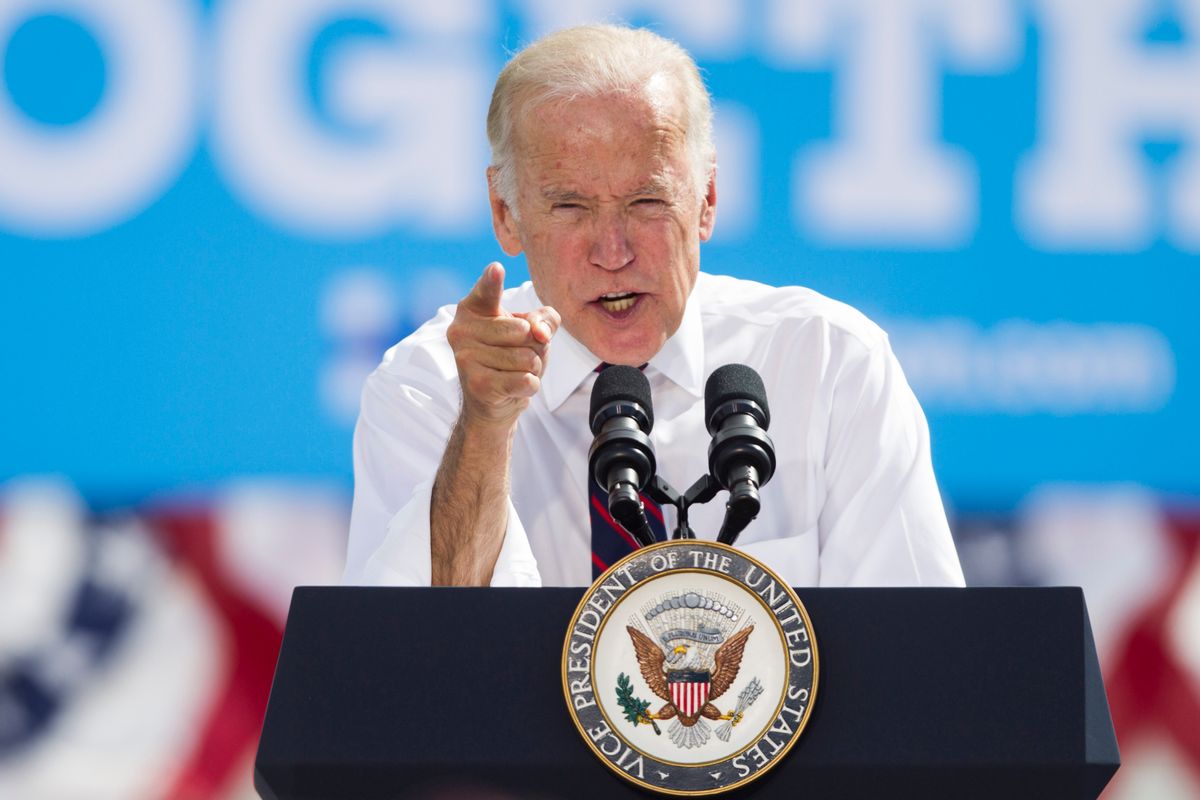 VP @JoeBiden leaves the door open to running for president in 2020 https://t.co/6fEnGyH9td

It appears that Joe Biden may not be down for the count.

On Monday Vice President Joe Biden informed a small group of reporters that he may run for president in 2020, according to a report by CNBC.

"Yeah, I am. I am going to run in 2020," Biden said when asked if he still has presidential ambitions. In case there was any doubt as to what office he would seek, Biden clarified, "for president. And also, you know so, what the hell man, anyway."

This isn't to say that Biden has formally declared his candidacy.

"I'm not committing not to run. I'm not committed to anything," Biden said. "I learned a long time ago, fate has a strange way of intervening."
Tragically, Biden is in a good position to know about how fate can intervene. During an interview with Stephen Colbert in September 2015, Biden acknowledged that while he may have wanted to run for president in 2016, the death of his son Beau Biden from a brain tumor had taken the will to fight out of him.
"I don't think any man or woman should run for president unless, No. 1, they know exactly why they would want to be president, and 2, they can look at folks out there and say I promise you have my whole heart, my whole soul, my energy, and my passion," Biden said at the time. "And, and, I'd be lying if I said that i knew I was there. I'm being completely honest. Nobody has a right in my view to seek that office unless they are willing to give it 110 percent of who they are."
Polls taken at the time have found that, had Biden opposed Donald Trump in the general election, he would have been a favorite to win.