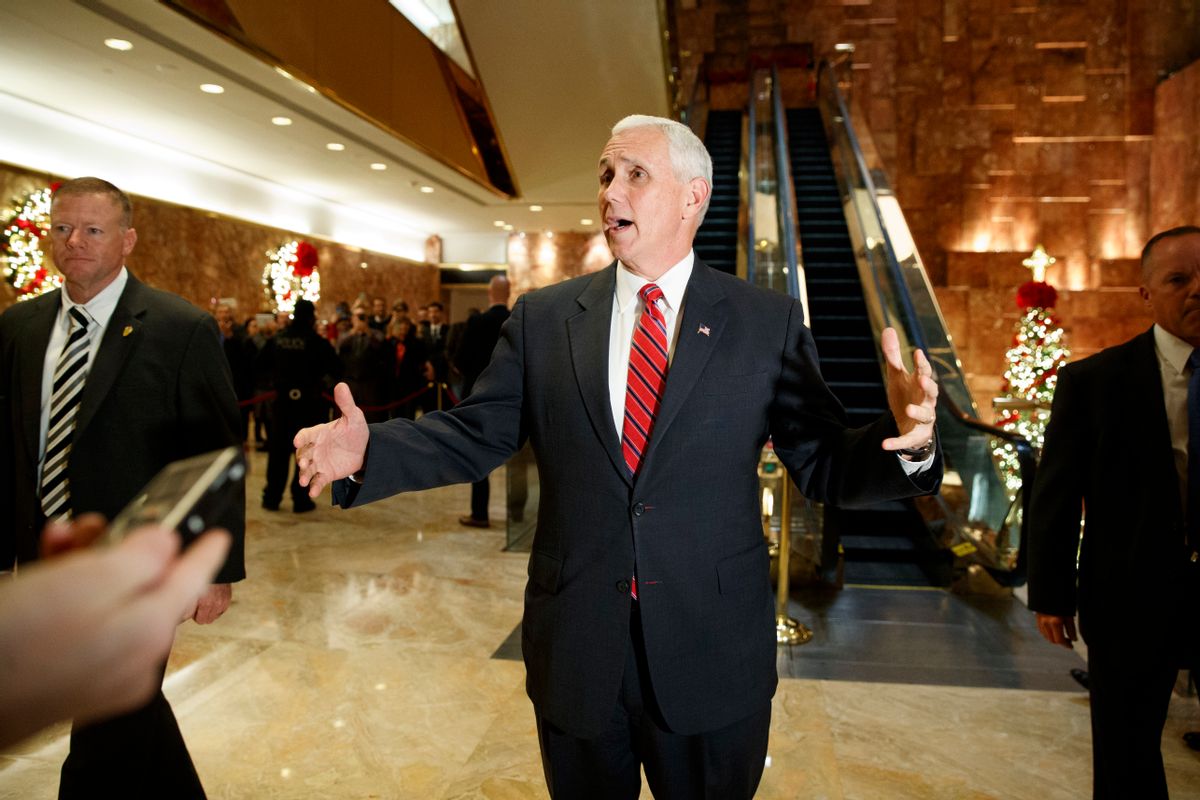 "More names may well be added to the list," Pence told MSNBC's Joe Scarborough and Mika Brzezinski. "There's distinguished Americans on the list today, but I know at just the right time, he's going to pick — as he often says to me — the person who is best for the country and will best represent his administration in the world."

"The role of secretary of state, the person that's going to be representing the administration and representing the president overseas and with countries around the world is a unique role," Pence said.

Romney was a strong opponent of Donald Trump during the election, and has come under fire from the Trump transition team while also being considered for the State Department position.

"It's just breathtaking in scope and intensity the type of messages I've received from all over the country . . . the number of people who feel betrayed to think that Gov. Romney would get the most prominent Cabinet post after he went so far out of his way to hurt Donald Trump," Trump campaign manager Kellyanne Conway said on CNN in November.

However, former Speaker of the House Newt Gingrich went on CBS's Face the Nation and said that he would support Romney if he ends up being Trump's choice.

“I’m very comfortable given the amount of time he’s put into this. If President-elect Trump says ‘I want Romney,’ I’m for Romney," Gingrich told John Dickerson.

Romney is a strong contender for Secretary of State, while Giuliani is fading into the background. Former CIA Director David Petraeus and Senator Bob Corker, R-Tennessee, are also on the list.

President-elect Trump will also meet with Exxon Mobil Corp. CEO Rex Tillerson on Tuesday  and is set to meet with retired Navy Admiral James Stavridis this week according to Politico.