Carrier union leader on Donald Trump: "He lied his ass off" 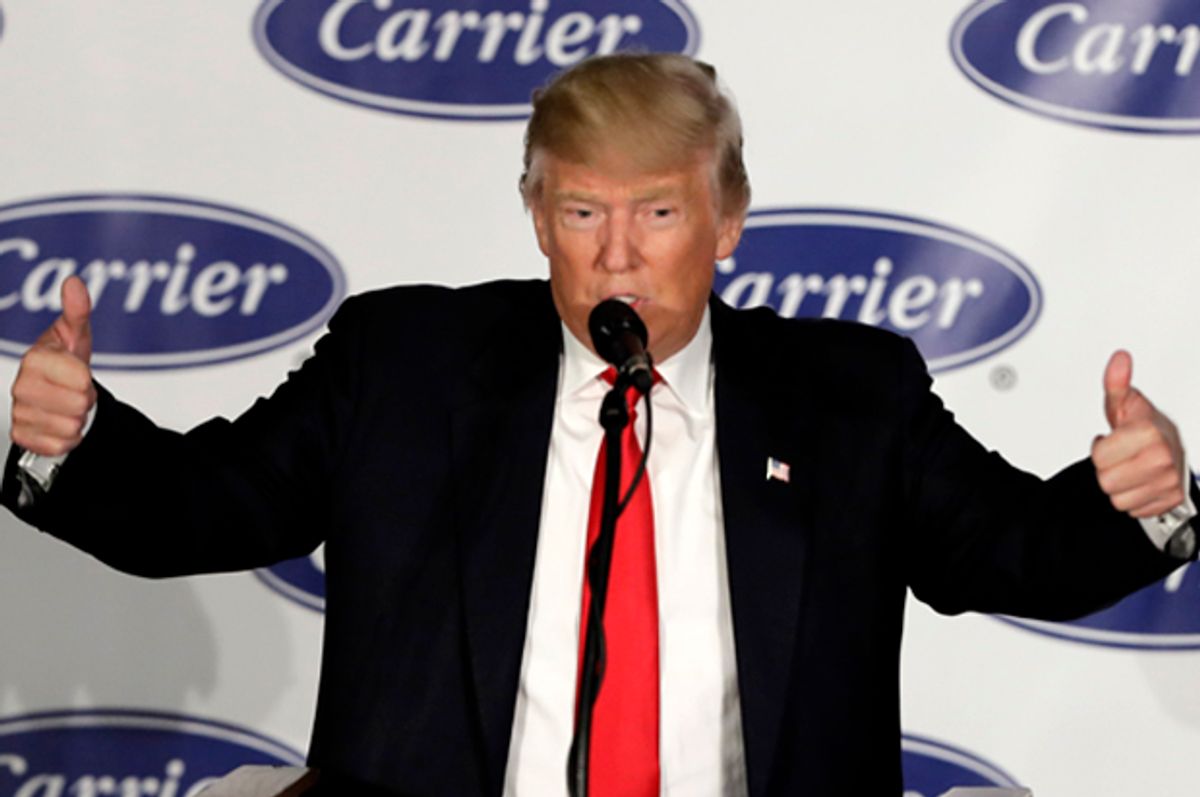 President-elect Donald Trump may be crowing about stopping Carrier from sending jobs overseas, but Chuck Jones — the president of the United Steelworkers Local 1999 — isn't mincing words: Trump "lied his ass off."

According to Jones, Trump's claim that he saved the jobs of "over 1,100 people" is flatly untrue, based on his interview with The Washington Post on Tuesday. Jones claimed that, despite Trump having announced last week that he had struck a deal with parent company United Technologies to preserve 1,100 jobs in Indianapolis, Carrier informed Jones that only 730 of union production jobs would stay (roughly 800 jobs in total if nonunion positions are included). This means that 550 of his members would still see their positions shipped overseas.

Yet when Trump stood up to discuss this at a Dec. 1 meeting, Jones recalled, "For whatever reason, he lied his ass off."

As Jones put it, “Trump and Pence, they pulled a dog and pony show on the numbers. I almost threw up in my mouth.”

The Washington Post also mentioned how Trump claimed that a Carrier employee had appeared on NBC after the election and said that Trump promised their jobs wouldn't be sent overseas. Trump said, according to The Washington Post:

“He said something to the effect, ‘No, we’re not leaving, because Donald Trump promised us that we’re not leaving,’ and I never thought I made that promise,” Trump said. “Not with Carrier. I made it for everybody else. I didn’t make it really for Carrier.”

Of course, it isn't news that Trump's deal with Carrier has been more bang than buck. As Salon's own Gary Legum pointed out last week, the Trump deal reached with Carrier (for which Vice President-elect Mike Pence, the governor of Indiana, played an outsize role) included giving the company tax breaks of $700,000 a year and promising an overhaul of the corporate tax code and regulations that could save the company untold millions in the future. In return, Carrier will keep about 800 jobs in Indiana while still moving scores of jobs to Mexico.