Donald Trump can fill his cabinet however he wants, and Democrats can't stop him 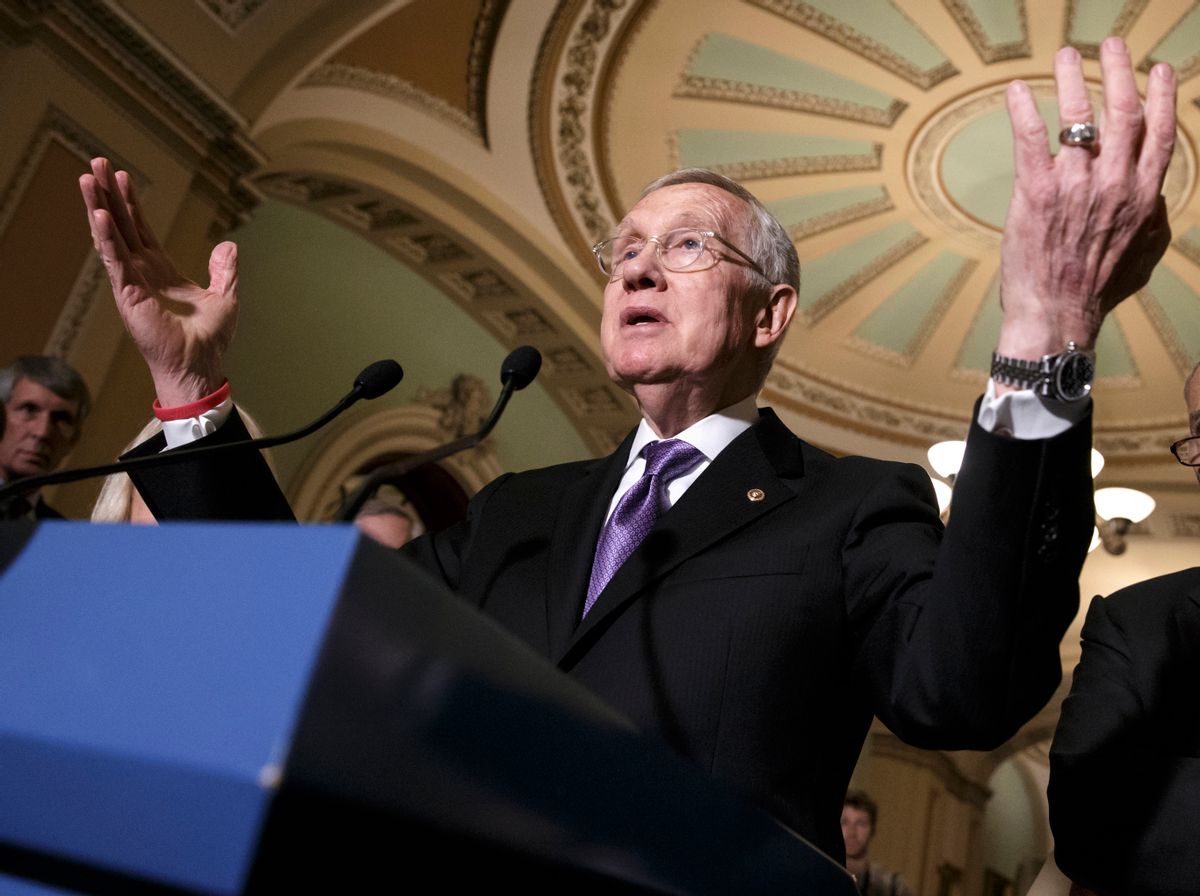 When the Democrats passed the nuclear option in 2013, they probably should have anticipated that it might one day be used to drop a mushroom cloud on their own political agenda.

Either way, Senate Democrats are now expressing regret at passing the rules change in 2013 that made it possible for a minority party's efforts to block Cabinet-level and some judicial nominees to be thwarted at 51 votes instead of 60, according to a CNN report on Tuesday.

"I do regret that," said Sen. Chris Coons, D-Delaware, to CNN when asked about his own vote for the rules change. "I frankly think many of us will regret that in this Congress because it would have been a terrific speed bump, potential emergency break, to have in our system to slow down nominees."

"I have serious concerns about Dr. Carson's lack of expertise and experience in dealing with housing issues," Schumer said in a statement. "Someone who is as anti-government as him is a strange fit for Housing Secretary, to say the least."

The Democrats' concerns won't be limited to Carson. Trump's current cabinet picks include right-wing radicals like Rep. Tom Price, R-Georgia, to lead health and human services, who wants to replace Medicare with a mix of private insurance and vouchers; Betsy DeVos to lead education, even though she is a supporter of school vouchers that could defund public schools; and Steve Mnuchin as secretary of treasury, whose close Wall Street ties undermine Trump's claim that he'd "drain the swamp."

This isn't to say that all Senate Democrats feel their actions on the nuclear option were mistaken.

"In specific circumstances, we may regret that we can't block a nomination," Connecticut Sen. Richard Blumenthal told CNN. "But I think that the American people want action, and they want the process to work. And they want the folks whom they have elected to actually do the job and get stuff done."

"Yes, we changed the rules," the Nevada senator said to reporters last week. "We had to change rules because we now have a DC Circuit that functions, we've got 98 judges, and we have a functioning National Labor Relations Board . . . And remember, with now 48 senators, we only need to pick up a few Republicans of goodwill to stop some of these nominations."