Iowa Gov. Terry Branstad chosen by Donald Trump to be ambassador to China 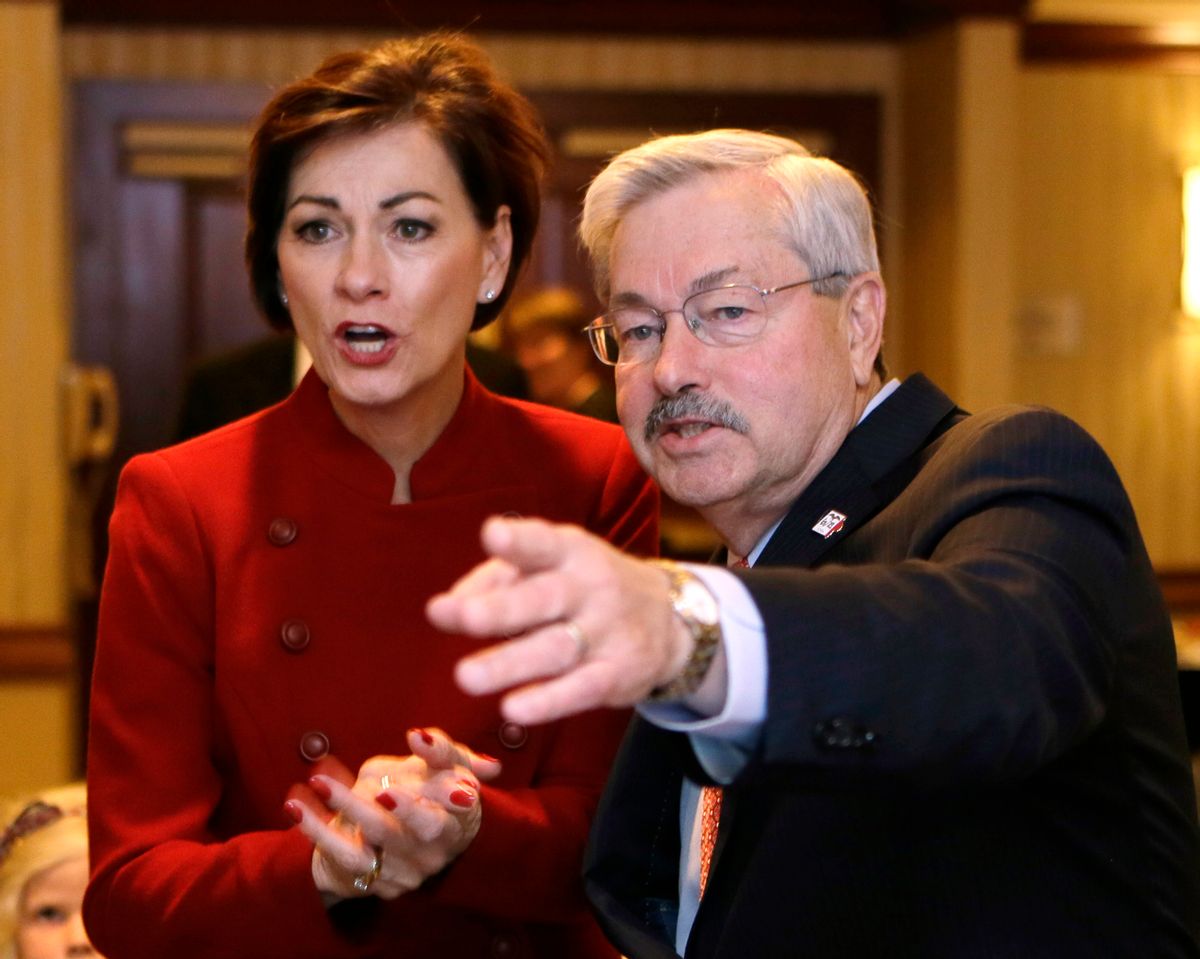 DES MOINES, Iowa — Iowa Gov. Terry Branstad, the incoming Trump administration's pick for ambassador to China, has long promoted his state's abundant agricultural products to China, but he would be thrust into the middle of increasing talk of a trade war with the United States' largest trading partner.

Branstad, in his sixth term, is the longest serving governor in U.S. history and has known Chinese President Xi Jinping for more than 30 years.

The choice of Branstad, which President-elect Donald Trump announced Wednesday at a Manhattan fundraiser, was greeted warmly by the Chinese government.

"Gov. Branstad is an old friend of the Chinese people," China's foreign ministry spokesman Lu Kang commented on this today at a regular briefing. "We welcome him to play a great role in promoting the development of China-U.S. relations."

In 1985, the first-term Republican governor welcomed Xi to Iowa, then a regional governmental official on an economic trip. Xi visited Iowa 30 years later, then as president.

Branstad, 70, would assume the diplomatic role at a time of increasing tension over trade. But aside from trade missions to China, the courtly Midwesterner has little experience in foreign diplomacy.

"He has been a tireless advocate for trade, we all know that," U.S. Secretary of Agriculture Tom Vilsack, a former Iowa governor, said. "He obviously has relations with Chinese officials which are important. He's tenacious and, trust me, with the Chinese you've got to be tenacious."

Branstad was a loyal supporter of Trump once the billionaire was the presumptive Republican Party nominee, and Branstad's elder son, Eric, was chairman of Trump's winning campaign for Iowa's six Electoral College votes.

Trump made closing the U.S. trade gap with China a top priority during the just-finished presidential election campaign. He has threatened to slap 45 percent tariffs on Chinese products and to label China a "currency manipulator." Chinese officials warned that Trump is bound by World Trade Organization rules, which restrain countries from imposing sanctions without making a persuasive case for them.

Through the first 10 months of the year, government figures show the United States is running a $288.8 billion deficit with China on the trade of goods. That is a significant 6.2 percent decline from the same period in 2015.

During the general election campaign, Branstad expressed support for the Trans-Pacific Partnership, saying the trade deal would benefit Iowa's agricultural industry. Trump railed against the deal throughout his campaign as bad for American workers. Branstad aides did not respond Wednesday to requests to confirm the governor's position.

During the month since the presidential election, Trump has targeted specific companies for criticism and praise, displaying an eagerness to assert himself in corporate matters.

The president-elect complained Tuesday about the costs of replacing the aging Air Force One fleet, causing Boeing stock to temporarily tumble. He proudly took credit for a pledged $50 billion investment by the Japanese mogul Masayoshi Son, even though the fund that would likely provide that investment was announced in October.

Last week, the president-elect boasted of saving 800 jobs at the Carrier furnace plant in Indianapolis, even though the parent company is still moving more than 1,000 jobs from that factory and another Indiana plant to Mexico. Along those same lines, Trump also tweeted that he had stopped Ford Motor Co. from relocating a Kentucky factory to Mexico. He took the credit, even though Ford had no plans to close the factory and, instead, backed away from a plan to shift the manufacturing of the Lincoln MKC, a small SUV, to Mexico.

Branstad was elected governor in 1982 and served four consecutive terms, notably during a devastating farm crisis that forced thousands of farmers into bankruptcy. After retiring in 1999, Branstad waged a comeback in 2010, defeating first-term incumbent Democratic Gov. Chet Culver. Branstad was re-elected to a sixth term in 2014.

Trump and Branstad are expected to be in Iowa on Thursday. They met in New York at Trump Tower on Tuesday.