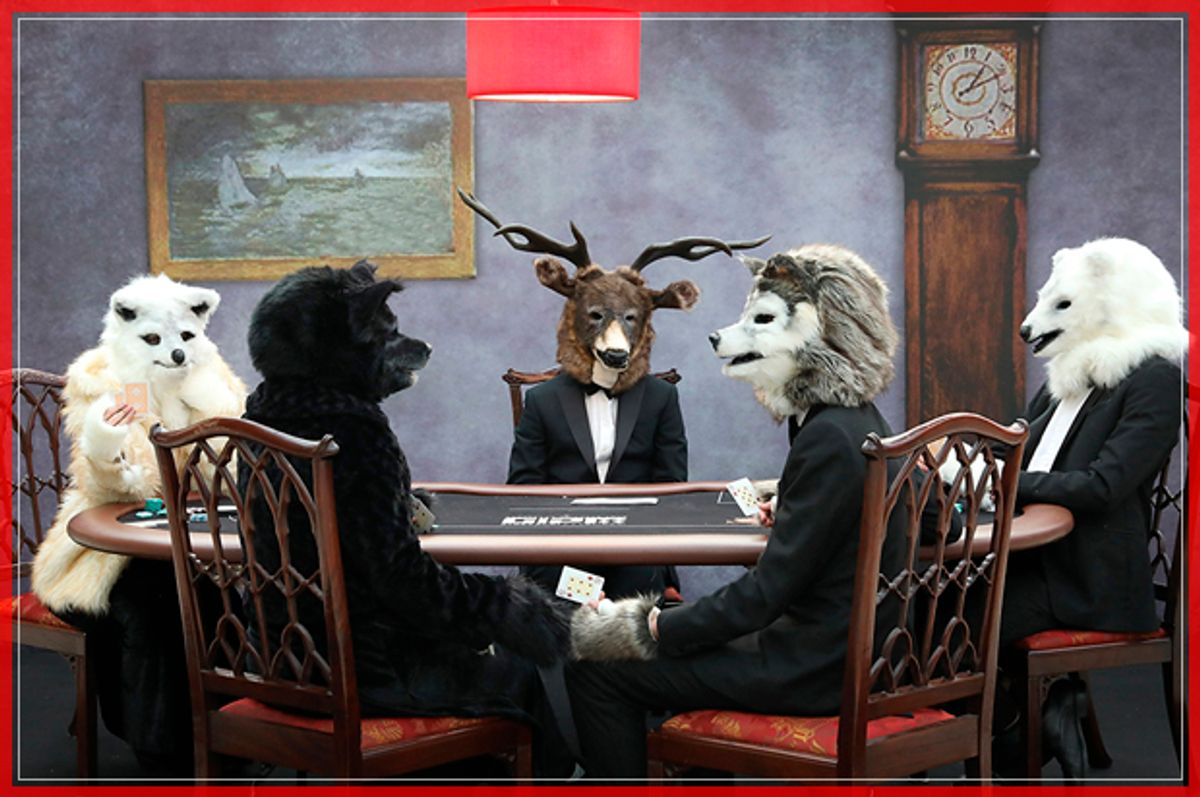 Srinagar, India   Danish Ismail/Reuters
Men exercise amongst the trees on the outskirts of Srinagar When I first looked at this photo, it immediately brought to mind the unforgettable forest location of the Coen Brothers' "Miller's Crossing." And when I looked a bit closer and noticed the two characters in the distance, I was reminded of the nihilists of "The Big Lebowski." If the Call of the Wild was about going back to the primitive, the struggle for mastery in the wilderness and the triumph of the individual over civilization, I couldn't think of a worst way of paying tribute to this classic than to put a bunch of rich people in animal masks playing poker. But what an awesome photo, right? Fireworks erupted throughout Athens, Greece on Tuesday. There was no cause for celebration. It was the anniversary of a police shooting of a 15-year-old Greek student in 2008, which triggered a wave of protests across Europe at the time. Civil unrest can get nasty; but, aesthetically, it sure can be pleasing. As Prince Harry participated in ICAP's 24th annual charity day at City brokers in London, he encountered a life-sized version of Cavity Sam from the Milton Bradley game "Operation." I'd like to imagine the scene went something like this...

"Ahem. 'Cease all motor functions. May you rest in a deep and dreamless slumber.' All right! Sleep mode activated. Now, let's remove the funny bone..."

Global revenues from trading during the charity day event benefit a number of worthy causes around the world.