"Mad Dog" Mattis may be one of Trump's most popular Cabinet picks, so the GOP is determined it goes through. 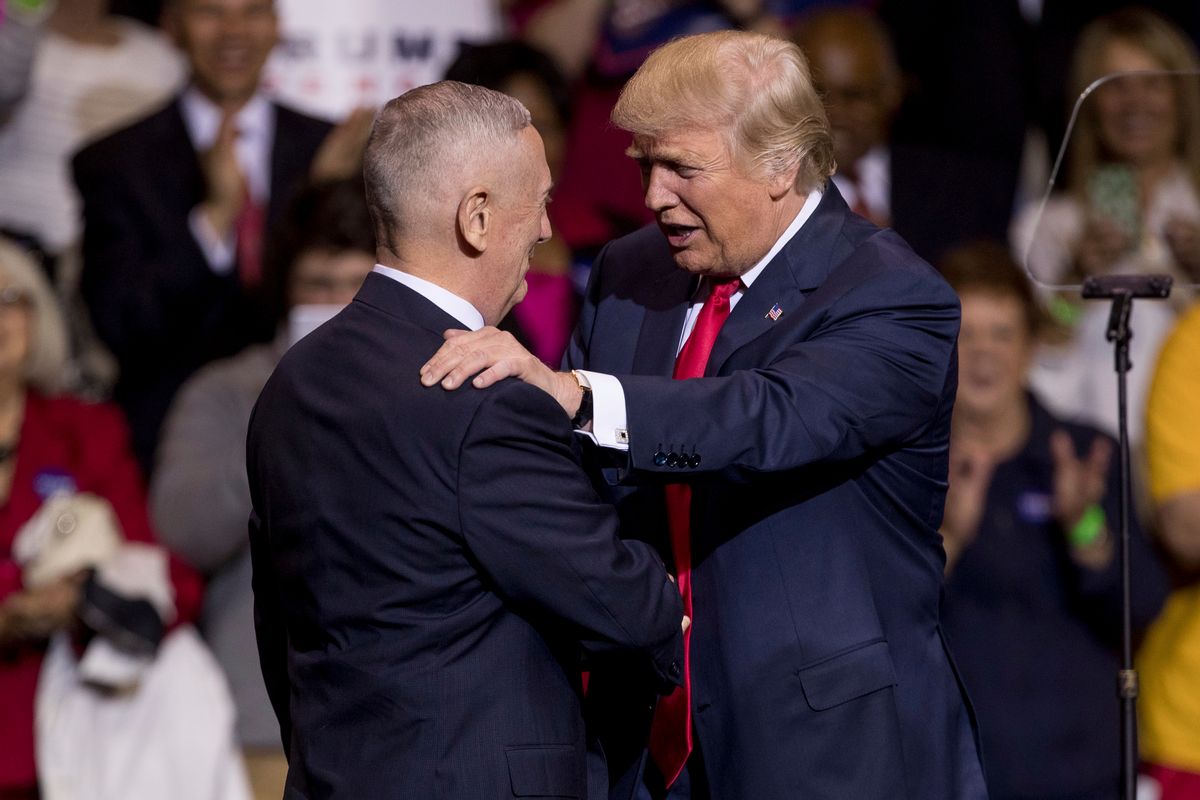 President-elect Donald Trump may have selected retired Gen. James "Mad Dog" Mattis to be his defense secretary on Thursday, but the National Security Act of 1947 requires former military personnel to have been retired for at least seven years before serving in that cabinet post.

Mattis has only been retired for three years.

Fortunately for Trump and Mattis, Republicans have a trick up their sleeve in order to grant Mattis a quick waiver.

Congressional Republicans have included a provision in a must-pass government funding bill that would fast-track legislation granting him a waiver to serve in Trump's Cabinet, according to a report by Politico on Tuesday. In order for Senate Democrats to block the bill, they would need to pull a Ted Cruz — that is, shut down the government.

Although Democrats like Sen. Chuck Schumer, D-New York, who is slated to become Minority Leader, have complained about Mattis' confirmation being "short-shrifted through," he and other Democrats have stopped shy of saying they would shut down the government to prevent it from going through. This perhaps explains why Republicans like Sen. John McCain, R-Arizona, have been emboldened enough to say that "the quicker we get the issue resolved, the quicker the guy can get confirmed and the quicker the guy can go to work."

Perhaps the harshest criticism came from House Minority Leader Nancy Pelosi, who described it as "troubling that Republicans are working so hard to shield President-elect Trump’s choice for Secretary of Defense from the scrutiny and debate of Congress and the American people.”

Trump himself, characteristically, used the hint of intimidation when introducing Mattis at a rally in North Carolina on Tuesday.
"You’re going to get that waiver," Trump said. "If you don’t get that waiver, there are going to be a lot of angry people."