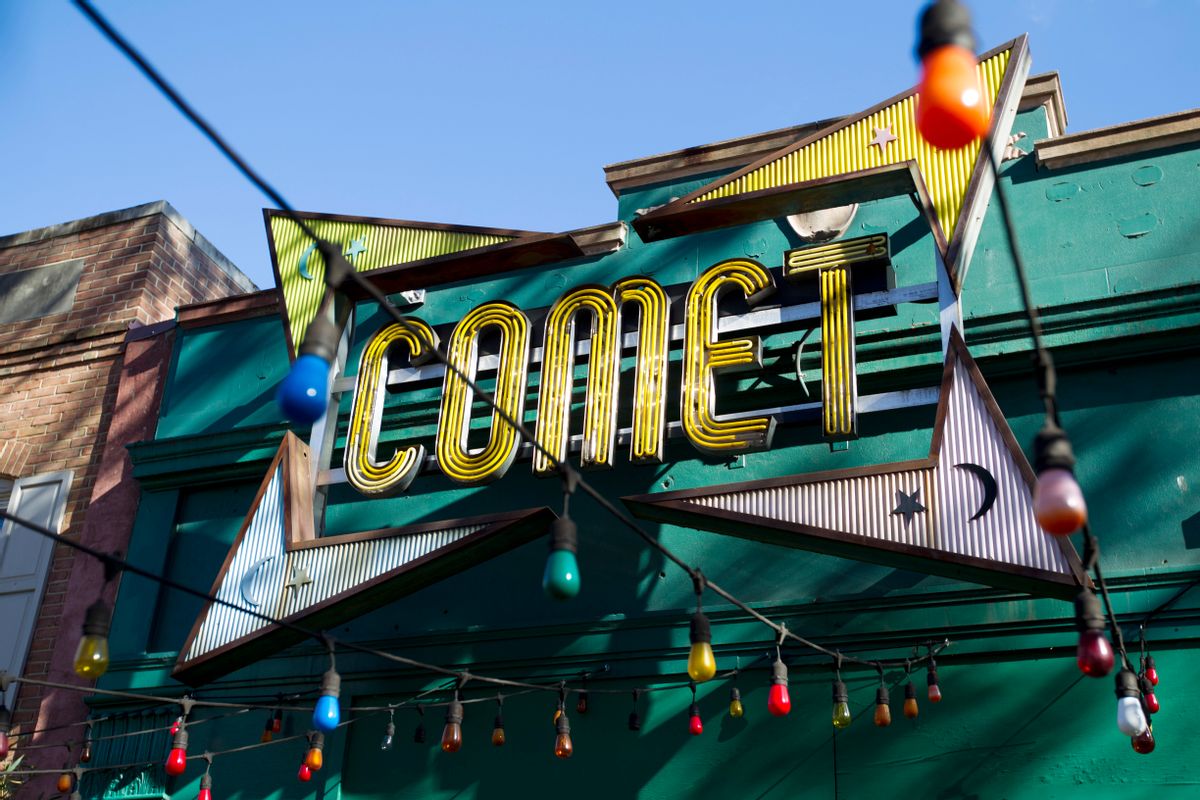 An oddly disproportionate share of the tweets about Pizzagate appear to have come from, of all places, the Czech Republic, Cyprus and Vietnam, said Jonathan Albright, an assistant professor of media analytics at Elon University in North Carolina. In some cases, the most avid retweeters appeared to be bots, programs designed to amplify certain news and information.

Despite Welch's null hypothesis, some conspiracy theorists still appear to believe Comet is a front. And they've expanded their efforts to target nearby businesses.

The Post traces the rumor back to a Twitter user, @DavidGoldbergNY, who tweeted the following in late October:

Pizzagate ultimately began when someone noticed an out-of-place reference to pizza in one of former Hillary Clinton campaign chair John Podesta's WikiLeaked emails.

On Sept. 2, 2014, Martha's Vineyard, Massachusetts, real estate agent Kathryn Tate found a "white w/ black" square handkerchief on the kitchen island of a home most recently rented by Democratic donors Herbert and Susan Sandler. Tate emailed Susan, who forwarded it to Podesta with the message, "The realtor found a handkerchief (I think it has a map that seems pizza-related. Is it yorus? [sic.] They can send it if you want. I know you’re busy, so feel free not to respond if it’s not yours or you don’t want it."

"It's mine, but not worth worrying about," he replied.

Not knowing the context, a "pizza-related" "map" on a handkerchief is perplexing but not incriminating.

In the thousands of Podesta's emails, pizza is seldom mentioned. But when it is mentioned, it's often in the context of fundraisers in 2008 (for Barack Obama) and 2016 at Comet, which is owned by James Alefantis, a friend of Podesta and his brother, Tony.

From here, the rumor — already reaching too far — snowballed based on the Clintons' closeness with convicted sex offender Jeffrey Epstein. Former President Bill Clinton is believed to have flown on Epstein's plane, the "Lolita Express," a number of times, according to flight logs unearthed by Gawker in early 2015.

Thus a cryptic reference to a "pizza-related" handkerchief became a hashtag and soon Twitter bots the world over were plugging #pizzagate. A subreddit, /r/Pizzagate, was created and then banned by administrators. Fake news stoked the flames.