Donald Trump isn't serious about giving up his business, will hand it off to his kids

If you thought the president-elect would do everything he could to avoid a conflict of interest, you were wrong 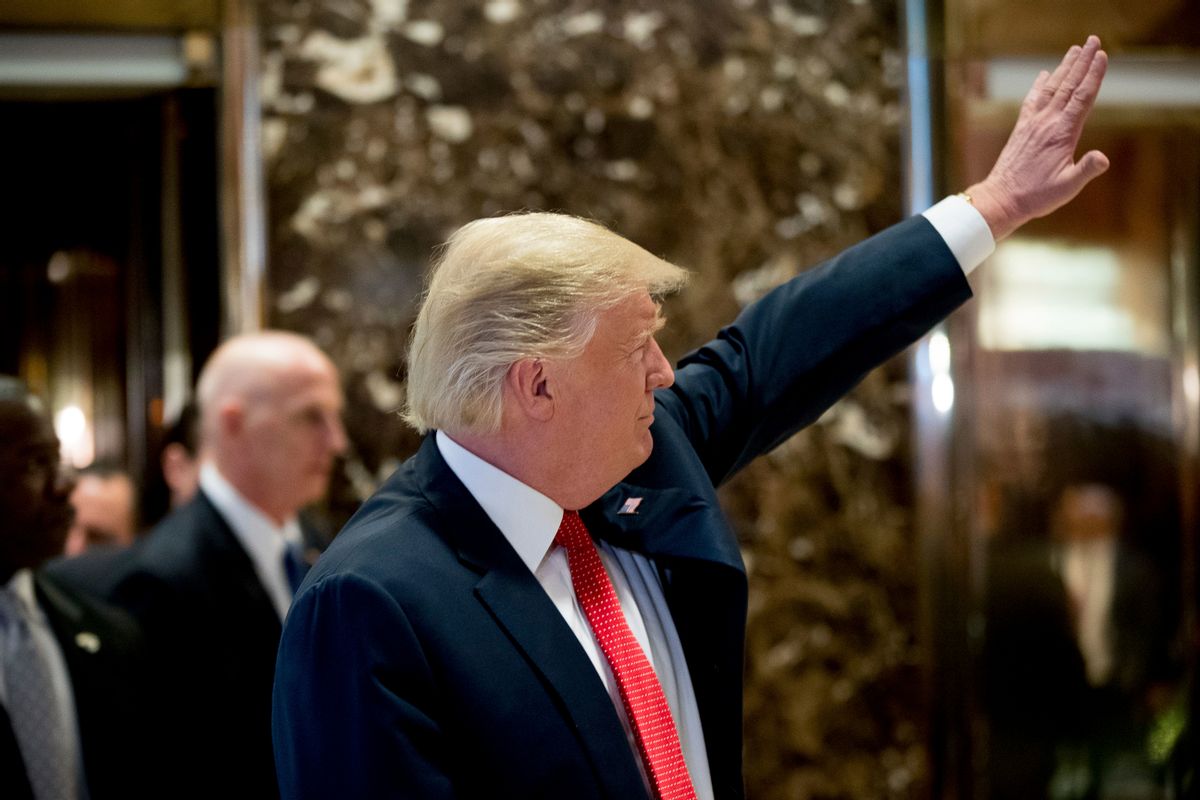 President-elect Donald Trump does not plan on divesting himself from his business empire.

Although Trump's two eldest sons, Donald Jr. and Eric, are going to take over operational responsibility for his real estate businesses, Trump himself plans on keeping a stake in them, according to a report on Wednesday by The New York Times.

Ivanka Trump, Trump's eldest daughter and one of his closest advisers, will reportedly take a leave of absence from the Trump Organization. She's reportedly been house shopping in Washington D.C., and could take an active but unofficial role in the administration.

The New York Times also reported that the Trumps are exploring a "legal structure" which would allow him and his daughter to be separated from the company without appearing to have a conflict of interest, although no details have been revealed about what they have in mind.

Last month, Trump promised to hold a news conference on Dec. 15 to smooth out those details.

I will be holding a major news conference in New York City with my children on December 15 to discuss the fact that I will be leaving my ...